Australian fruit grower, packer and supplier Red Rich Fruits has hosted more than 30 growers from across the country as part of a WA 38cv Cosmic Crisp® event.

The orchardists travelled from key growing regions such as Batlow NSW, Manjimup WA and locally in Victoria’s Yarra Valley to discuss growing techniques, marketing and the Australian and global roll out of the WA 38cv Cosmic Crisp brand.

The WA 38cv Cosmic Crisp variety is set to come to fruition over the coming years, with an initial small crop ready in Autumn 2023, a commercial harvest in 2024 and national supply in 2025. 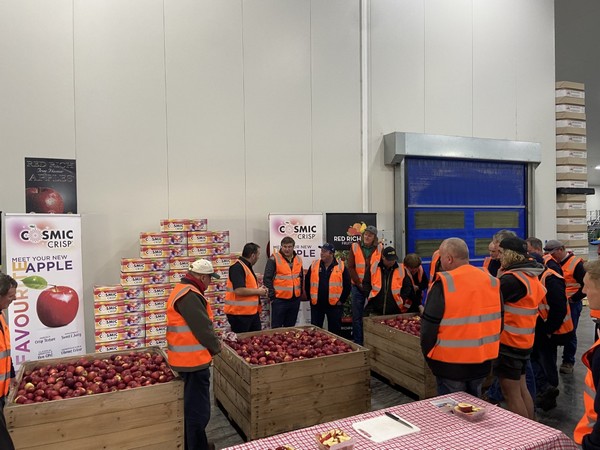 The WA 38cv Cosmic Crisp variety was developed by the Washington State University over the course of 20 years, it is based on a hybrid of the Honeycrisp and Enterprise cultivars. The new proprietary fruit is intended to have the texture and juiciness of the Honeycrisp, and the late-ripening behaviour and long storage of the Enterprise.

Cosmic Crisp is characterised mainly by uniformly coloured dark red skin, dense firm flesh, and an improved shelf life. The look of the apple's light lenticels against its wine-red skin is reminiscent of a galaxy against a night sky, which led to the Cosmic Crisp naming.

The launch includes the planting of more than 500,000 WA 38cv Cosmic Crisp trees across Australia in order to ensure national supply by 2025.