US (NY): Food trends are driving the demand for specialty mushrooms

"We're quickly becoming the go-to brand in specialty mushrooms as many are looking for interesting varieties grown locally and in an environmentally friendly way. Others have grown mushrooms indoors for years, but the greatest thing about our controlled environment is that it allows us to be much cleaner and more efficient than competitors," says Andrew Carter, Founder, and CEO of Smallhold, a Brooklyn-based distribution farming company focusing on specialty mushrooms. 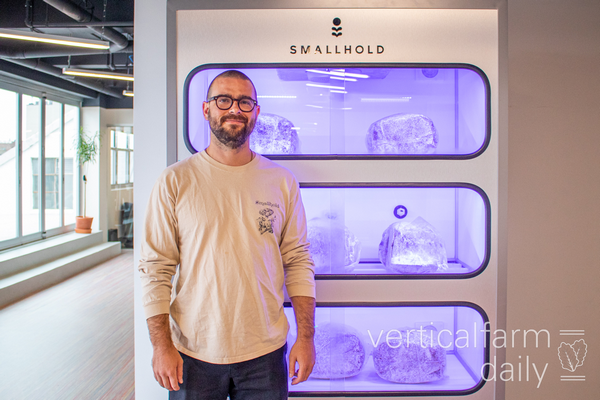 Full-on control
With the use of patented technology to control the environment and allows for the right climate for mushrooms, the company now supplies over 7 different varieties to retailers across the country. All technology, which is developed by Smallhold, is handled via the cloud and enables the team to control all farms from NYC. Ongoing developments in growing recipes permit the constant adding of new varieties to the product basket. Andrew, being an operator, has no plans to sell the technology.

Besides the tight control, food safety certifications, and organic protocols required, Smallhold's software supports employees on how to handle processes on the farms. There's also a lot happening around sustainability, Andrew notes. The company currently has a carbon footprint 30% lower than other specialty mushroom farms and uses a minuscule amount of water per kilogram of mushrooms grown. After trying multiple growing media, upcycled sawdust seemed to be the right residue for the company to grow their products on. 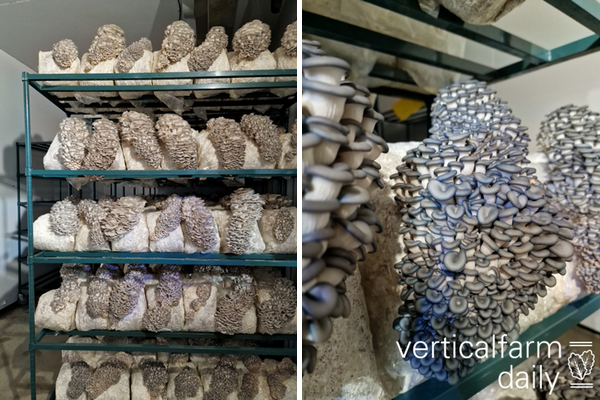 Food trends drive demand
In certain stores, mushrooms are harvested on-site and sold in bulk. The products are not using any packaging on that end, which is highly appreciated by customers, Andrew states. However, the majority of their mushrooms are grown locally in regional warehouse farms that are sold in recycled cardboard packaging, which is 100% compostable.

"Current food trends are bringing people to the fruit and vegetable aisle, and buying decisions are coming down to vegan, animal welfare, or carbon impact, as well as price. That leads to consumers picking their produce more wisely. Our product is rather environmentally friendly, so many are interested in getting our mushrooms. Besides that, people appreciate how much protein and nutrients mushrooms contain as well as the varieties we can offer." 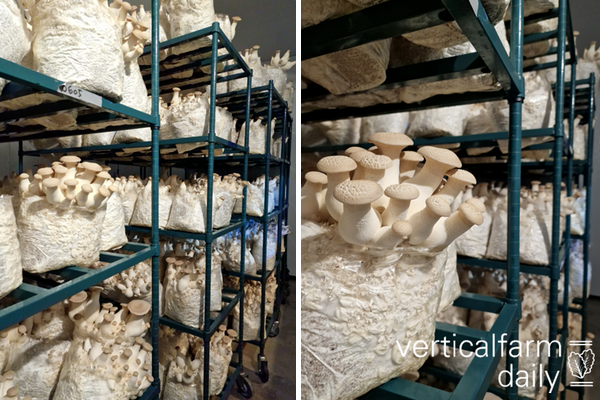 A famous meat substitute is the trumpet mushroom, favored by many vegan restaurants

Building warehouse farms across the US
"We're building Macrofarms (large warehouse farms) that allow us to cultivate locally. We've been sold out ever since we've completed building our Brooklyn farm, for instance, which was launched in October 2020," Andrew shares.

Today, Smallhold's products are available in a handful of stores such as Whole Foods, Safeway-Albertsons, Erewhon, Lassens, United Grocer, and more, as well as online e-commerce grocery including Misfits Market, Imperfect Foods, Good Eggs, FreshDirect and more across the States. Depending on the region, the company works with various food services, such as restaurants and delivery services that sell Smallhold mushrooms. 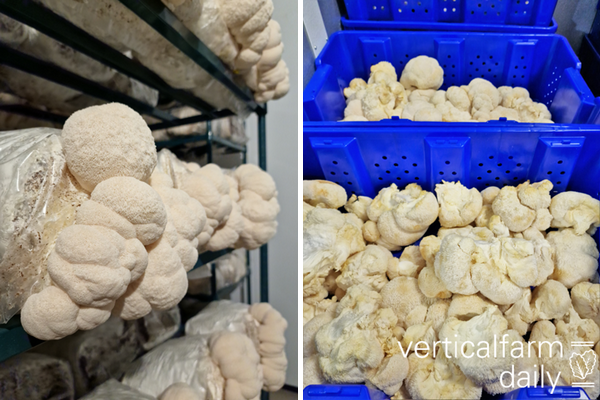 Advantage of indoors
Andrews says, "The differences between indoor mushrooms and indoor berry or leafy green productions are vast. When growing plants, you're competing with growers in the outdoor environment. However, the playing field for mushrooms is a bit more equal, as almost all commercial mushrooms are already grown indoors. We can sell our produce locally, whereas some aspects are centralized, which makes us price competitive in about 400 stores."

As Andrew puts it, Smallhold hasn't raised gigantic amounts of capital yet compared to the rest of the indoor farming industry. However, he's curious about how long they can keep it under the radar.

"You can expect new locations opening soon, but now the focus is to expand the current facilities we built in LA, as well as broadening the retail- and e-commerce relationships across the States. After that, we'll go internationally, but we don't want to rush things yet as there's still so much room to grow here," he affirms.