If you notice, no one knows how the green kiwifruit 2021 campaign went. No press releases and few responses to questions. An operator from Romagna who is always helpful, however, agreed to answer our questions.

Maurizio Filippi from Forlì reports that "it was a weird year. First of all, quantities were low in Italy, so expectations were high when it came to prices and in the beginning people talked about record figures. Things however did not go that way." 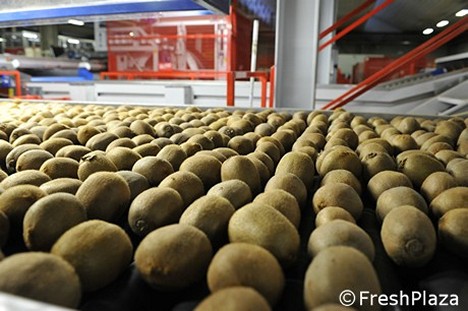 Despite the low volumes, Filippo reports that there is still stock available. "Had people made a lot of purchases, quantities would have ended a long time ago. However, we have just finished them and there is still some produce available. If production had been abundant, I don't know how things would have gone."

When it comes to turnover, Filippi believes it was a good year for very few people, while it was a disaster for the rest. "Statistics say the average yield per hectare was 10 tons, but we know some produced zero while others managed 20 or 30 tons, so it is not possible to make an overall judgment. In some cases, producers were paid as much as €1-1.20/kg, so those who managed a good production obtained head-spinning gross saleable productions."

"Consumption was very slow. I think prices were too high in stores and consumers purchased less. In addition, the produce from New Zealand and that from Greece crushed the two opposing sides of the market, making the window for standard Italian green kiwifruit increasingly narrower."