Pouliquen has been marketing alliums and fresh vegetables from the northern Brittany region for 100 years. The company, located in Cléder (Finistère), is a key player in the packaging of traditional shallots. It is also very present on the fresh market, with its onions and over 20 varieties of fresh vegetables. All the products offered by the company are grown by producers of the Prince de Bretagne brand, for which Pouliquen is the official distributor. 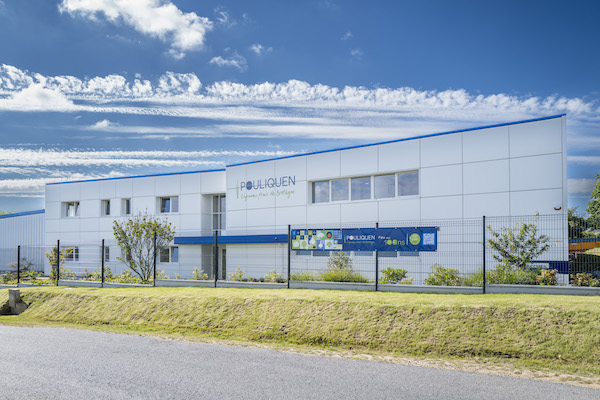 On the 2nd of July, the company celebrated its 100th anniversary. More than 300 people - employees, partners and clients - attended the event. A new building of 500m², constructed in 2020 for the packing and trade of organic alliums, was then inaugurated. The guests were able to visit this new building in small groups. An automation system was programmed for that day in order to demonstrate how the different automation systems work. A short video showing the sales operations of the company was also presented to the guests. Finally, the event was the opportunity for Pouliquen to announce its new SME+ CSR label, obtained after a control audit carried out by Ecocert Environnement. 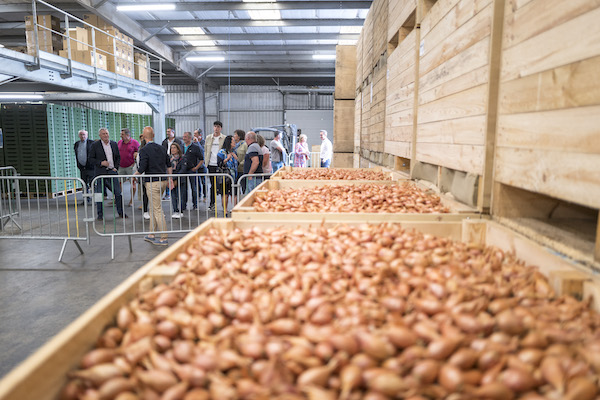 But Pouliquen has already been committed to these actions for many years. “As a company, we have a social responsibility. We work a lot with local partners. Our producers are all located within a 100km radius from the company. We have a lot of respect for this network concept, with the Prince de Bretagne brand, as well as with the local packaging suppliers and transport companies. This was already our state of mind before the Covid crisis, and it has enabled us to guarantee the supply to our clients.”

Since always, Gérard Quillévéré has been looking out for the well-being of his employees. To this end, improvements were recently made in the offices as well as on the farms, with the installation of automation systems for example. A state of mind that advocates respect as a fundamental value and seems to suit the employees since there is a seniority of 15 years on average. 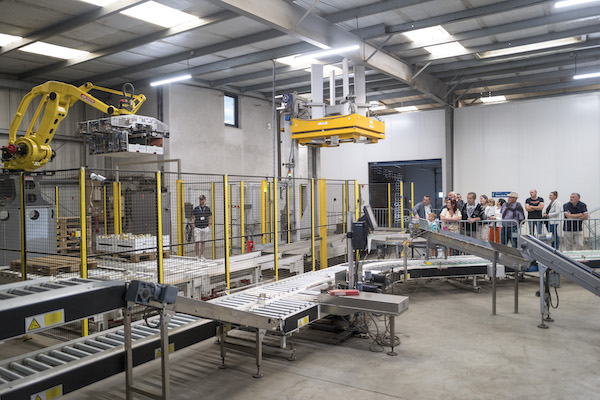 The company’s social responsibility is also expressed through various commitments. For the environment, Pouliquen recovers 95% of its organic waste thanks to a partnership with a local producer who has developed a methanization activity. Actions have also been put in place to reduce plastic waste, which have saved 10 tons of waste since December 2021.

Finally, Pouliquen is committed to various associations with a social vocation, including Les Restos du cœur, to which a dozen tons of shallots and pink onions from Brittany are delivered each month, to the charity’s warehouse in Vannes. In total, this represents approximately 24,000 products for the beneficiaries. All of these actions have enabled Pouliquen to become the 191st company to be awarded the SME+ label. This label, recognized everywhere in France, is for independent French companies of a human scale, with ethical and responsible practices. 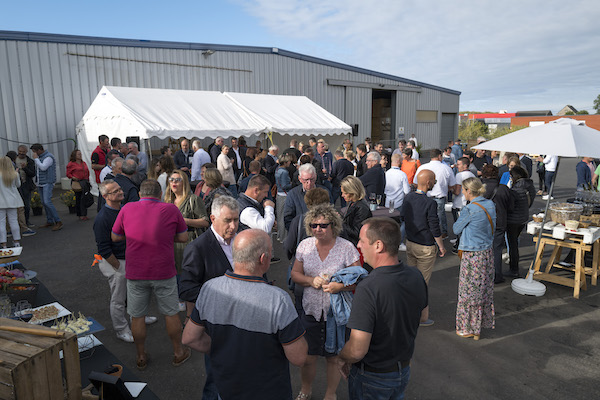 Clients in more than 20 countries
The company was created in 1917 by Roger Pouliquen, only 20km away from the current location. Aged 15 at the time, he started by selling potatoes. In the early 1930s, he then turned to the trade of garlic and onions. The shallot was added to the catalog around 1975 and gradually became the star of Pouliquen.

In 2021, the company, with its 25 employees, sold nearly 11,000 tons of shallots and onions, and 11,000 tons of other fresh vegetables (cabbage, cauliflower, broccoli, artichoke, carrots, tomatoes, squash…). 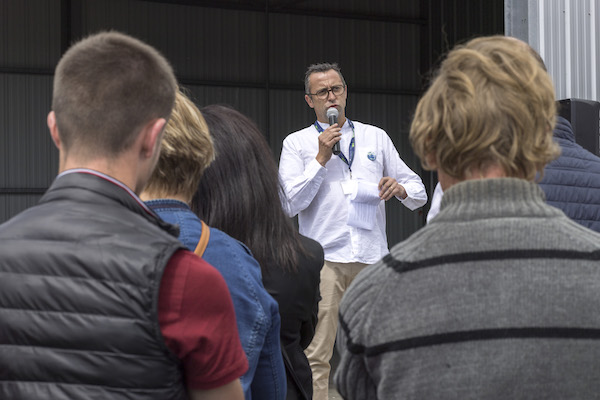 Developing an organic production
The company has a strong desire to develop its organic activity. To do so, an extension of 500m² for the packaging of organic alliums was built in 2020 and inaugurated on the 2nd of July. The activity will start there by the end of 2022.

“Our upcoming projects are dictated by the desire to grow while respecting the relationships we have with our local partners, suppliers and transporters, and our commitment in terms of CSR. That is why we chose to complete our current activity with the addition of a “packaging” branch for our organic range. Organic food must be accessible for everyone, and we must make sure of that. It is also important to support the organic producers in their development, just as much as the conventional ones,” explains Gérard Quillévéré. 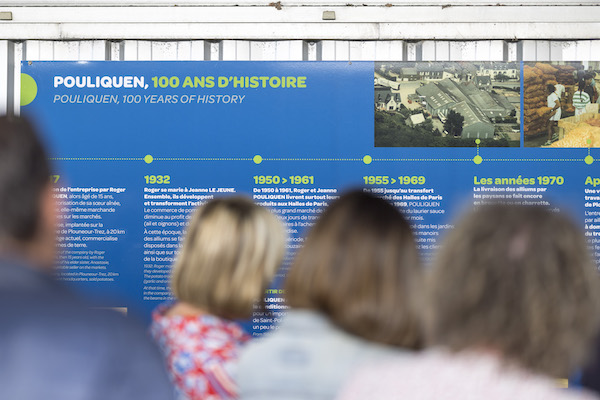 New recruits
Since Gérard Quillévéré and Pascal Jaouen took over the company in 2002, its activity has been growing constantly and the revenue of Pouliquen has been multiplied by 10. In a logic of development and in order to have the means to expand the organic supply, three new sales specialists will join the company in September, bringing the number of employees to 28.