“Just like most of the Pacific Northwest growing region, we are trending behind last year by almost two weeks.”

So says Laurel Van Dam of the Lake Country, B.C.-based BC Tree Fruits Cooperative of the British Columbia, Canada stone fruit crop. While B.C. cherries are just coming on now, peaches will begin toward the end of July rather than mid-July and nectarines will arrive later in August.

Why the delay? “We had a very cool spring with a very drawn-out bloom season. We also had one of the coolest, rainiest Junes on record here in the Okanagan Valley in B.C.,” says Van Dam.

Whether that leads to a later end to the B.C. stone fruit season is to be determined. “If fruit trees get a string of good, hot weather, they can make up a bit of time,” says Van Dam. “But it’s unlikely that the season will fully catch up to match last year’s timing. Hot weather may make up a few days.” 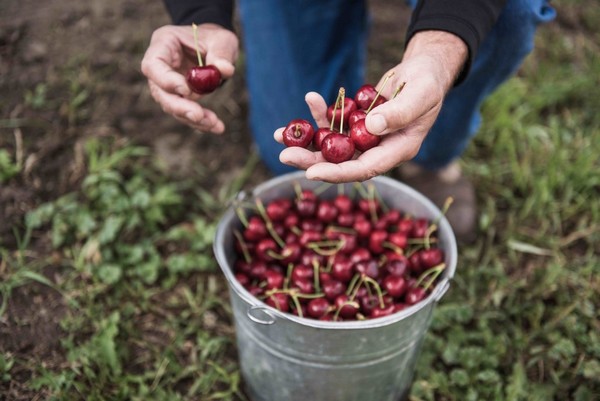 Crop size down
Of course, what also affects the end date is how fast will the crop move--particularly given it’s also a smaller crop. “Like many other regions, because of the weather, we’re also going to be down in volumes,” says Van Dam. “We’re probably at least 15 percent to 20 percent less versus last year. Some growers have lost more volume. The fruit set is erratic between orchards due to the cool spring this year and the heat dome from last year.”

No matter how much lower the volume of the crop is, it will come into a market of strong demand. “Demand is through the roof. Retailers and wholesalers are scrambling for supply and prices are high,” she notes. On cherries for example, Van Dam says pricing for cherries out of Washington State usually opens high and then drops off quickly after the opening week. “But they’re maintaining high prices. Retailers typically have cherries in store before Canada Day weekend. Many had empty shelves this year because B.C.’s crop hadn’t started yet and Washington State is dramatically down in their volumes as well.”

Given the combination of a smaller crop, higher demand and growers/ shippers seeing greater cost inputs for production, prices could stay high. “When B.C. is in the peak of cherry season, prices tend to come down somewhat but then go back up towards the latter part of the season. This year, prices are predicted to stay stronger throughout the course of the season,” adds Van Dam.