Port of Oakland May 2022 container stats indicate cargo volume up

Port of Oakland import cargo volume increased last month despite continuing global supply chain woes. The drivers: longstanding customers who are committed to moving goods through the Port of Oakland and ocean carrier services returning to the Northern California seaport. 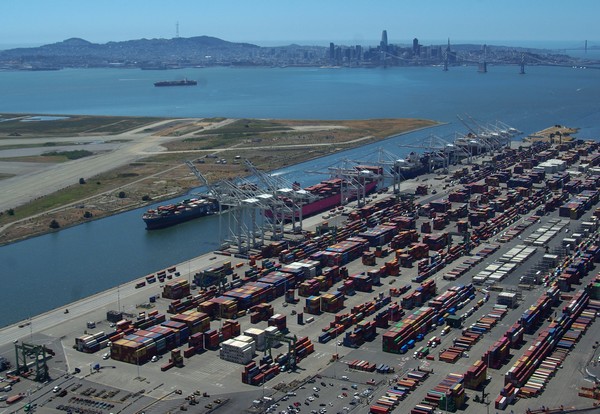 The port said it received the equivalent of 98,789 20-foot import containers in May. It expressed satisfaction with the result given major challenges at other ports that slow cargo arrival in Oakland. The issues include lockdowns and congestion at upstream ports and ships arriving off-schedule due to delays in the supply chain elsewhere.

“We are very appreciative of our customers who continue to ship via Oakland even during the difficult times,” said Port of Oakland maritime director Bryan Brandes. “The boost of import cargo volume in May is an encouraging sign for our seaport.”

Oakland reported restoration of some vessel services in May that were previously suspended to shore up shipping line schedules. The Port said it had 71 ship calls last month, compared to 69 in April.

Oakland said the overall volume outlook is uncertain in the second half of 2022. Import demand is in question due to building inventories in the U.S. and concerns over inflation. As routes are restored at Oakland, there’s more opportunity for American exporters to find vessel space for their cargo destined for overseas markets.