“We wanted to create future-proof facilities for my sons"

On June 1, Demargro moved into its brand-new building in Ardooie, Belgium. The pandemic slightly delayed its construction, but the exporting company is now entirely moved in. "We're happy that we've finally moved completely. Now we can look ahead and are ready for the future," says Guy De Meyer. 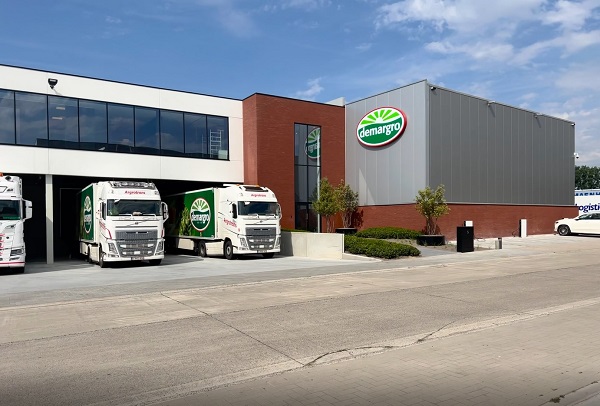 Future-proof - that was the keyword for this fruit and vegetable exporter when choosing to construct a new building. "We started in the previous building more than 45 years ago. We began with 1,000m² and, over the years, built on to reach 4,000m². In time, however, we outgrew that space too."

"So, we decided to do it right and construct an entirely new, 12,000m² building," says Guy. His two eldest sons now also work at the company, and Guy eventually wants to leave them to face the future with the business. "My eldest has been with us for four years, and my second son joined last September. Succession is, thus, assured. Now, they have what they need," he says.

Each product group has its own refrigerated area
The new site's warehouse, loading docks, and packaging facility have been in use since March 1. And from June 1, the adjoining offices too. "To ensure all the transport runs smoothly, we have nine unloading and loading docks instead of the previous four. There's also a 4,500m² dispatch area and 17 fridges, totaling 2,000m²." 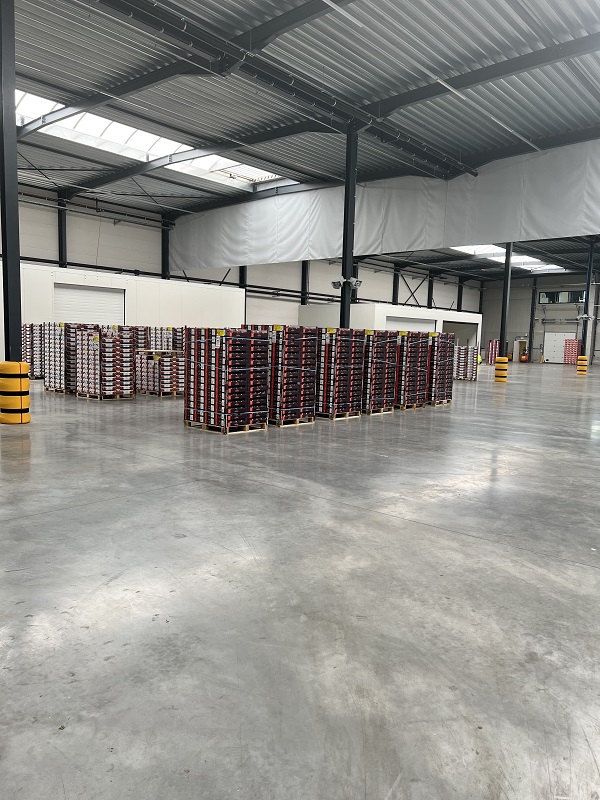 "We can, thus, keep each product group we process in separate refrigerators. The products can, therefore, remain separate and be kept at the optimum temperature. For strawberries, for example, we have two separate fridges and a refrigerated truck to load them in. So, the cold chain is never broken," Guy continues.

The new building's design considered sustainability too. It is completely self-sufficient, thanks to the 1,000 solar panels on its roof. "These produce 137,000 kWh, giving us plenty of power. The fridges also have the latest technology, so they're cooled sustainably using CO2." 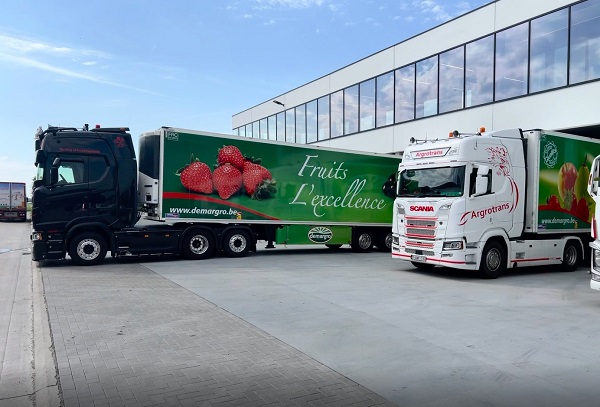 The company has, however, shelved the planned packaging line update. "We did bring some of the packaging lines along. But we're trying to get the producers to do more and more of this themselves. It's tough to find good labor in the area too, so we decided to do less packing. We've had a good, reliable team for years, but finding new people remains massively challenging," Guy explains.

"Belgian strawberries - some of the better ones on the market"
This move into its new premises means Demargro is ready for the new Belgian soft fruit season. A season that, according to De Meyer, has been satisfactory so far. "We've already done 15% more than around the same time last year. The strawberries were a bit slow to get going. Growers have been warming slightly less because of the energy prices. As a result, the greenhouse and tunnel crops came on the market simultaneously, leading to cheaper-than-usual prices in May." 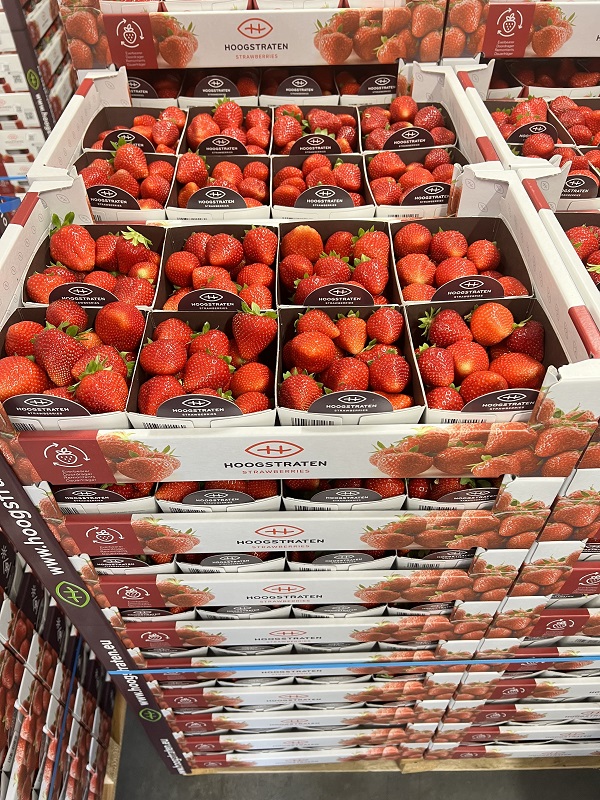 "However, those prices improved in late May/early June and are now at a normal level for the time of year. Also, the good weather of late has greatly boosted demand, so we certainly can't complain about sales." The company focuses mainly on exports to France, Spain, and Scandinavia. In fact, much of Europe. "Our strawberries sell very well. Quality-wise, Belgian strawberries are still one of the better ones on the market," says Guy.

"We can also count on our staff's years of experience. They go to auction every day to select the very best lots and qualities. That means, because of our good quality and our employees' knowledge, we can compete well with French and Spanish strawberries. Plus, our size is an advantage. We can meet any demand from all types of customers, retail or wholesale." 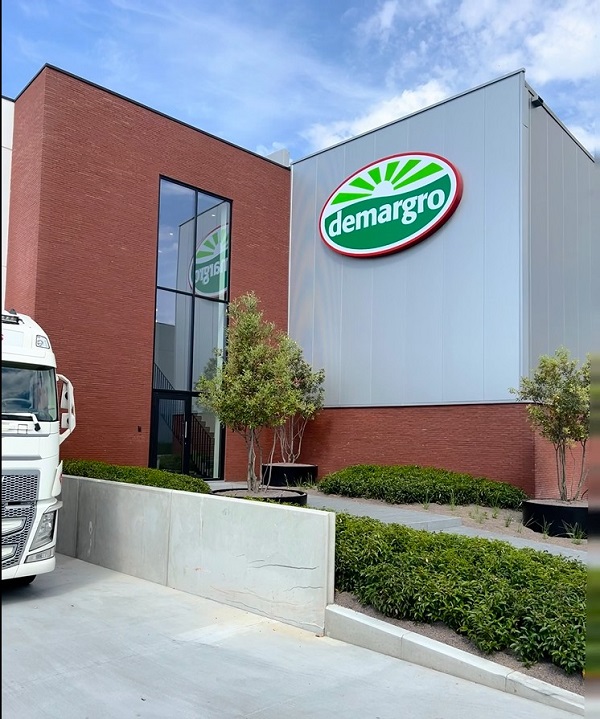 The markets for Belgian raspberries, blackberries, and cherries have also started picking up. "These are still in the early stages, but we're looking forward to a great season. We'll get the cherries started next week, and if the weather doesn't go crazy, the harvest should be of good quality," Guy concludes.