This year's asparagus season held many difficulties that had not existed in this form before, Bernd Bahlmann, managing director of the asparagus farm of the same name from Molbergen, told us.

"Consumer behavior left much to be desired, as consumers are starting to budget more in view of the high costs and prices." In the Cloppenburg-Emsland district, he said, it was possible to start the season at €13 per kilo. "Until May 1, prices were still developing quite well, but these then declined rapidly, as the weather conditions brought a lot of asparagus to the market. Then, supply exceeded demand." 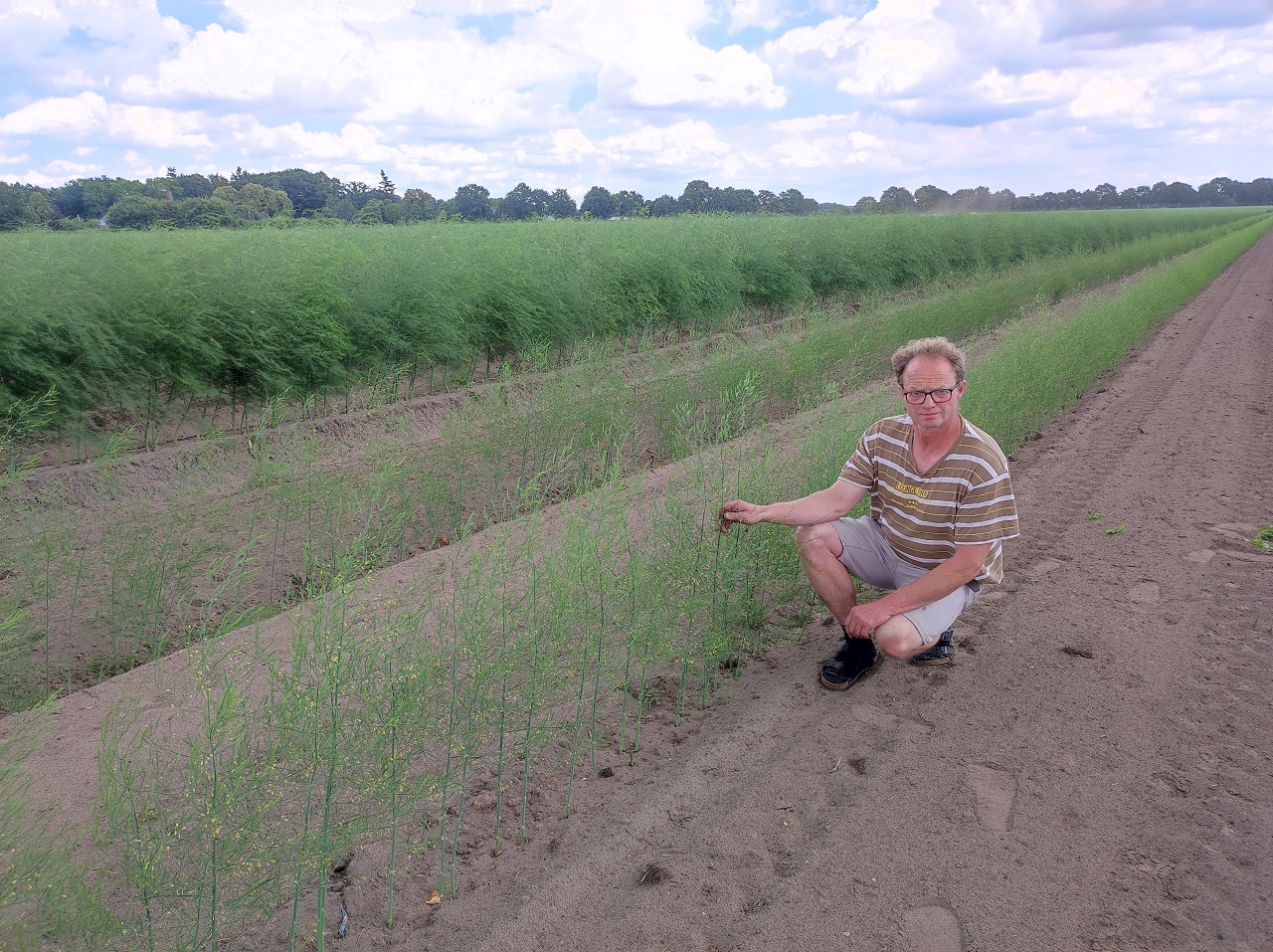 Close planting with the Herkolim variety, 10/m. "The goal is to have a high-yielding plant to counteract harvesting costs," says Bernd Bahlmann - Photo: Bahlmann Asparagus Farm

Difficult sales process
"Compared to asparagus which flows via resellers at the wholesale market in Hamburg, the quality of our asparagus is better. But the prices at the wholesale market are much lower, some of our customers told us. Therefore, we also had to lower our prices, sometimes below production costs, which was not easy." Restaurants also bought more asparagus again, but this only partially compensated for the lower prices.

"We no longer supply wholesalers because the prices are simply too low, in particular since there are already farms that produce their goods explicitly for the wholesale market. For direct sales to the consumer, it is currently also more challenging to find enough workers. However, our customers continue to include restaurants, resellers, self-service markets and other market stalls, as well as private consumers."

Low interest in early asparagus
More produce was available due to the warm weather. "There may have been too much asparagus brought in early. Thanks to the early-season systems, significantly more early asparagus is coming to market. However, there is not enough demand for this among normal independent customers, who usually don't buy asparagus until May," Bahlmann says. In addition to all this, the sales of asparagus from his farm were more difficult due to construction work on the road leading to his farm.

There is more interest in green asparagus; Bahlmann devotes about ten percent of the cultivation area to this product. In the case of white  asparagus, he says the earlier medium varieties are more popular than the thicker, later varieties. "However, the early plants also had to be distributed early due to price pressure, because the late plants were already producing good harvests."

For the asparagus, the company uses reusable containers for unpeeled produce and plastic bags for private households, and 700-gram net packaging for peeled produce. For restaurants, the produce is again delivered in reusable twist-stack boxes.

60 percent of energy consumption is covered by photovoltaics
"There are difficult times ahead," Bahlmann says. "In the countryside, we have virtually no public transportation. The current decisions from the Bundestag could have an additional impact on the economy. And to what extent the extremely high electricity, diesel and fertilizer prices are justified, I honestly don't know either." Because when energy is that expensive, the economy starts to slow down, Bahlmann said. "The mild recession that everyone is talking about is certainly coming."

Fertilizers such as calcium ammonium nitrate, which originally cost €30.00 per 100 kilos, are now at €68.00 - 69.00 per 100 kilos, heating oil is €127 and electricity, which is still 0.25 cents per kWh, will possibly be as high as 0.40 cents per kWh from January onwards, he said. At the same time, however, Bahlmann expects that his photovoltaic systems will enable him to produce 60 percent of his total energy consumption himself in the future.

Assumptions for the next season
"Wholesalers are actually almost out of the picture as customers. It will be particularly tight for small businesses. There will be no 'just as before' for the time being. The minimum wage of €12 in the coming season will also be a challenge for businesses. Prices for products produced in Germany will have to rise; whether it will catch on is another question. I also believe that cultivation will have to become smaller in the future.

When it gets colder, there is of course less produce available anyway, such as this year after Whitsun - when the price of asparagus was also able to recover somewhat. But we had three weeks in between when the price was not good at all," says Bahlmann. "Our operation is basically well automated. With our new sorting system as well as the new packaging machine, we can save on personnel on the one hand and work more efficiently on the other. That's important for the future."

Right: Sorting with the family. The machine automatically sorts the asparagus according to commercial class. Photo: Spargelhof Bahlmann