Over the years, radish sales have stabilized somewhat, says Ad Coolbergen of Ortolanda, a cultivation company that has two locations in the Netherlands and one in Italy. "The market no longer has peaks and troughs as it did ten years ago. The radish market used to sink enormously in the summer. Fortunately, that's no longer the case, and that's good for everyone. A short-lived skyrocketing market is nice, but in the end, we all benefit from continuity." 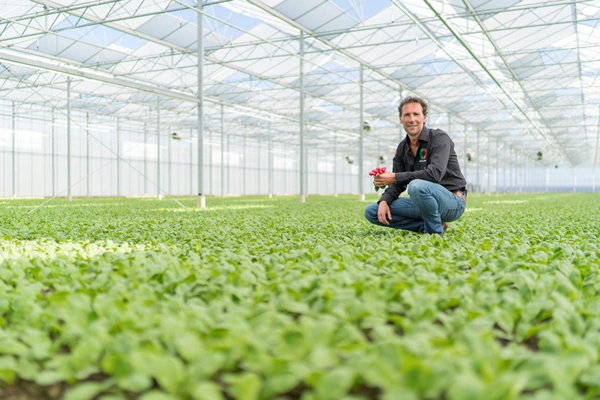 "Until mid-June, trade was generally reasonable, but we can't complain about recent weeks. The Midsummer Night celebrations in Scandinavia always create extra demand. Also, German outdoor cultivation got into a bit of trouble because of the heat. That results in demand for Dutch radishes," says the grower, who has switched a bit more in recent years from radish bushels to loose radish.

According to Ad, in Italy too, where his brother, Willem-Jan, is in charge, sales are stabilizing. "When German growers used to enter the market in the Palatinate area, demand immediately weakened. Now that demand continues much longer, with it being reasonable in May and June. We also grow year-round in Italy, although on a smaller scale in the summer. The winter season was good again this year," he says.

In the Netherlands, radish acreage has been virtually unchanged in recent years. "Many smaller cultivation companies have fallen away. Last week, the National Radish Committee got together, and its eight growers represent 90% of the Dutch acreage." Gas prices are also significantly affecting radish growers.

"Our company, fortunately, fixed its gas prices for quite a few years; we were lucky. But don't forget, radish growers use almost as much gas to steam the soil as for heating. We easily burn 4m3 of gas per m2. That's why the Radish Committee has been talking a lot about alternatives," Ad concludes.