A leading Queensland citrus grower admits the weather has made things challenging this season, but demand has picked up throughout the season after a slow start.

After beginning in April, there are still several weeks left in the season for Benyenda Citrus, and Operations Manager Matthew Benham says the increased rainfall certainly added some challenges, including harvest delays and some early variety skin issues.

"It hasn't been the best season we've had, and more than 60 per cent of that was because of the weather," Mr Benham said. "Quality-wise, it has also been down a little bit, as we had a bit of wind early on which meant the fruit was a little scratchy, and our first-grade pack-outs are slightly down. This year's biggest overall challenge has been the weather - I mean, all of our issues around quality have all had to do with the climate. Our mid-season varieties were also affected. We have some Daisy mandarins and we have never really seen any weather or water damage on them ever before, but we have this year." 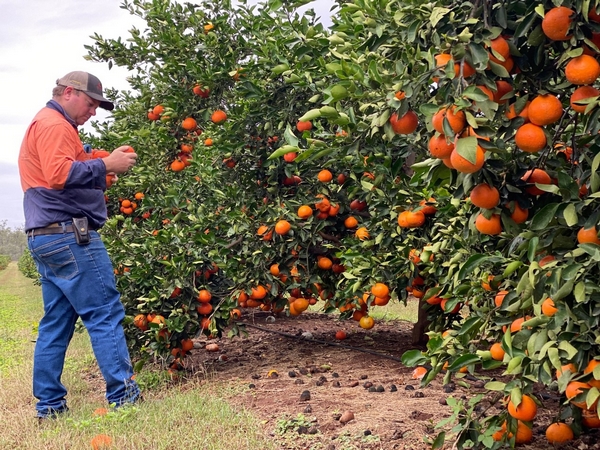 Benyenda Citrus is located 25 kilometres northeast of Gayndah in Queensland, on the banks of the Burnett River. The company primarily grows citrus; lemons, navel oranges, various mandarin varieties, red grapefruit and limes. It started with the first orange tree planted in 1924 by Walter Benham. Today it is run by the third and fourth generations of Walter’s family and the family-run business packs fruit from across four orchards owned by the Benham families. Matthew and Murray are at the forefront of managing all the day-to-day operations, including the on-site packing shed. 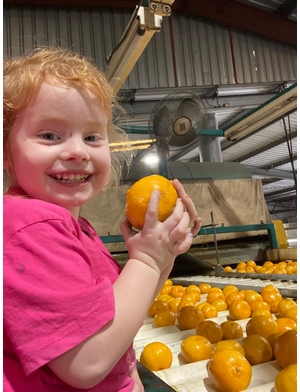 Queensland growers are the first to supply the Australian market each citrus season, and Mr Benham says the timing of holidays in Australia meant demand did not start as strong as normal.

"It was the weirdest start to an Imperial mandarin season that I have seen," he said. "There wasn't that big of a crop, to begin with, but with all the public holidays and school holidays around, and a late Easter, we began picking then all of a sudden everyone was on holiday. People are not buying mandarins on holidays - they more than likely want a beer and meat pie. That was a funny thing because the prices came back quickly, and nothing was really moving. Normally, you cannot supply enough imperials for the first two weeks in April. It took until the holiday period ended for the price to kick back up again. Then, we ended up with a bit of weather damage and rain so that pulled the season up short. Lemons came back to a bit of normality at the start of the season, with all the foodservice places re-opening after restaurants and cruise ships had restrictions (due to the COVID-19 pandemic). But they have come down a bit due to the southern states coming into their production, meaning the lemon market has come right back." 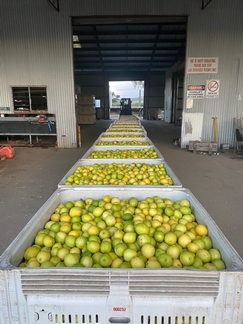 Imperial and Murcott mandarin varieties, as well as lemons, are the main citrus lines. Still, he says that red grapefruits can be a good income for the company at the start of the season before the southern seasons get underway.

Benyenda Citrus is now into the late-season Murcott varieties, which are predominantly exported, for markets, particularly in Indonesia, Thailand, Vietnam and China.

"The biggest drama at the moment is getting the equipment, and the shipping schedule has changed," Mr Benham said. "There used to be a boat a week going to Thailand and now a lot of them are only going every second week. It has been hard this year to try and line up the harvest and get the boat in time so that they can get it there. There have not been too many problems moving the fruit into some of the overseas markets, especially for the cheaper composite fruit for the supermarkets. But it affects the bottom line when you are not getting the 60-70 per cent first-grade pack-outs. With the current environment for buying, first-grade fruit has to be a really good first grade. You cannot try to fake it - they are willing to pay more for the right product." 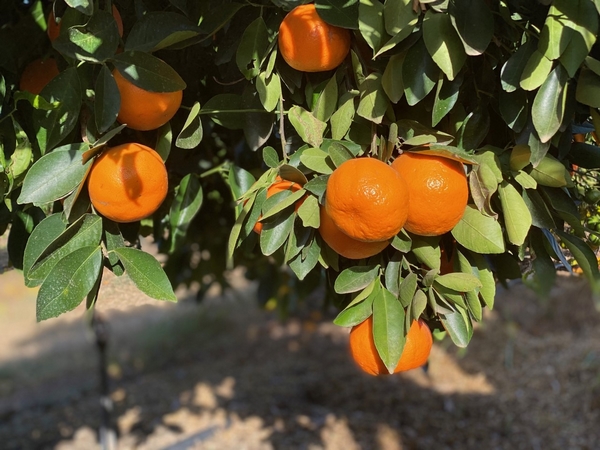 As well as the fresh supply, the company also has a range of citrus-based products, under the brand Citrus Gold. Matthew's wife Rachael now has several products on the market made exclusively from fresh, seasonal Benyenda Citrus fruits. 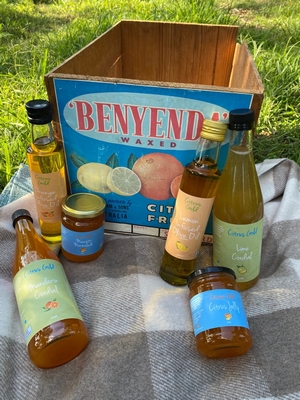 "Citrus Gold started simply as a hobby after my grandmother told me if I was going to live on an orchard that I 'simply have to make marmalade'," she said. "I played with some recipes, made lots of mess, and finally came up with a combination I liked. I would make it for friends & family, and then for our wedding handmade all the favours, of which three items are part of the range still today. There’s Murcott Marmalade, Citrus Jelly, Lemon or Orange Infused Extra Virgin Olive Oils, Lime/Mandarin Cordials. I would love to have my grandmother's Lemon Butter but the shelf life is an issue and I’m not willing to compromise on quality to make it shelf stable – it is best served fresh. To date, Citrus Gold remains a hobby, my own little sideline to the much larger operation of the overall business but one I hold dear to my heart."