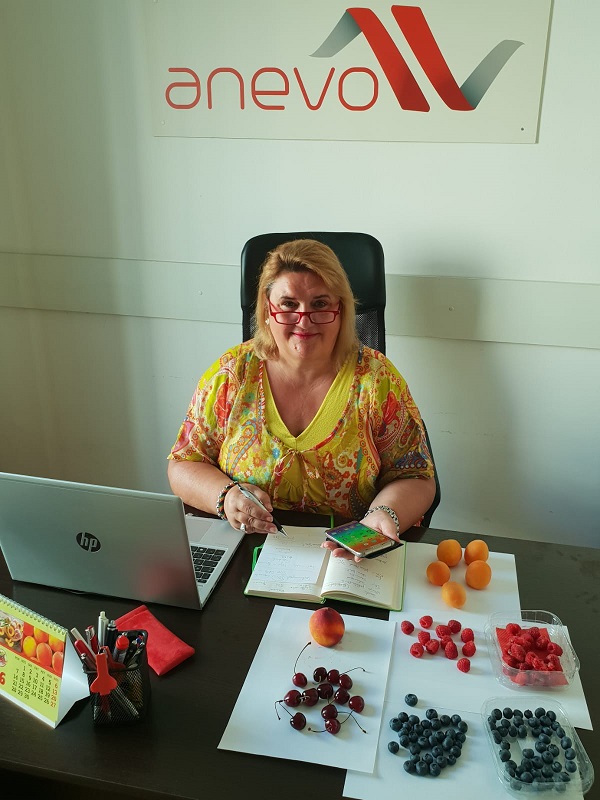 dependent on energy supplies from Russia. As a candidate for EU membership, Serbia is therefore in a quandary in view of the current situation," Anneliese Vollweiler (right), managing director of Anevo Trading and an expert in the fruit sector from the Balkan region, tells us. According to her, Serbia stands out especially with its production of plants, raspberries, blackberries and plums.

Dependence on Russia and the influence of China
The Eastern European country is also in a better overall economic position than many other Balkan countries, she said. "Serbia can market between 70,000-80,000 tons of raspberries per year, which are sold to various EU countries, the U.S. and Russia." At the same time, he said, there continues to be some dependence on the Russian market on the part of some of the states of the former Yugoslavia, as significant volumes are still marketed to Russia at good prices.

In addition, Russia has recently established some new operations in Serbia, as well as in Turkey, he said. "In addition, China is investing in bridges and highways in Serbia and wants to make Belgrade an economic hub through its Silk Road project," Vollweiler states. China's influence could grow in Serbia unless the EU acts quickly, Vollweiler fears. "There are currently many challenges, especially political ones, that the country has to overcome." 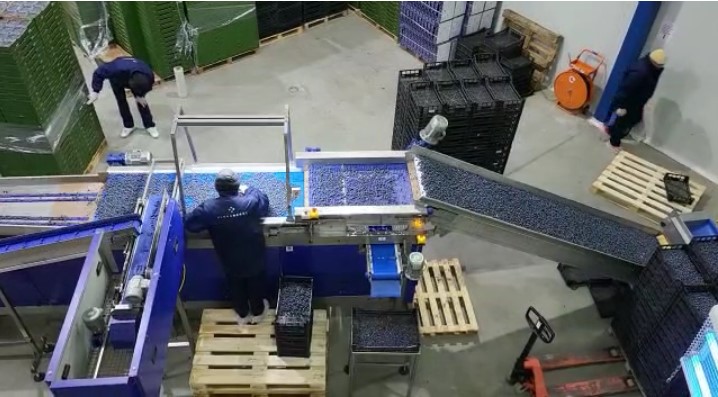 Berry exports to all EU countries and the US
At the same time, however, Serbia is doing well economically, thanks in no small part to exports of its excellent produce, he said. "The goods are characterized by good quality. For example, blueberries are sold to one of the largest supermarket chains in Great Britain and to a large discounter in Germany." Vollweiler says "state of the art" machinery is also used to process the berries. Primarily the Duke variety is grown.

Raspberries are grown primarily from the dark Willamette variety, which is sold primarily to the industry, while the Heritage variety is used for the green market. The product is exported to almost all EU countries, with the main export countries being Germany, Austria, France and Great Britain. The raspberries are offered in the categories fresh, pre-cooled - which is of particular interest to the juice industry - and frozen, which is processed in top IQF (Individual Quick Freeze) quality. Raspberries, in turn, are sold to the US primarily for the processing industry.

Steadily growing export volumes from Serbia to the EU
From soft fruits to stone fruits, large quantities are exported to the EU. Among other things, individual products are also used for the production of spirits and other products. "Prices for raspberries last year were six euros per kilo for IQF goods, which corresponded to a price of 120,000-130,000 euros per truck delivery. You've never paid that much for raspberries," Vollweiler says. Marketing to German retailers is also somewhat more difficult, he adds, because the large chains plan primarily with annual contracts, while Serbian suppliers tend to manage from delivery to delivery.

"Considerable volumes have also been exported from Serbia and Ukraine to the US and Canada in the past year. That being said, Ukraine was still able to market 35,000 tons of raspberries last year, which is not easily done given the circumstances." Poland is also one of Europe's largest raspberry producers, he said, with its various summer and fall varieties Polana, Polesie and Polka, which are not as good as Willamette. In addition, the latter variety is offered cheaper by 0.10-0.15 euros. In Poland, there is also a lot of mechanical harvesting. But both in Poland and in Serbia there is a shortage of personnel.

Price increase of 15 to 20 percent
"Although Serbian agriculture also faces a shortage of personnel, machine harvesting is not yet an issue in Serbia because the berry plants are still too damaged by the machines and are too damaged after two to three years, although a plantation can last 12-15 years." There have been no transportation problems, he said, but prices have increased by 15-20 percent. "The energy crisis in Europe affects us all. Availabilities are there, suppliers are also there, it's just the prices that are causing us problems. For a transport of 19-20 tons of net goods from Serbia to Berlin, we still paid 1,800 euros last year; today we pay 2,900 to 3,000 euros."

Greece, Morocco and Egypt dominate strawberry market
Serbian strawberries fared relatively poorly this year, he said, as the weather did not particularly cooperate. "In the Balkans, Greek strawberries have dominated, while for the industry, goods from Egypt are bought. However, the same was true for the EU. Morocco and Egypt have been ahead in strawberries, because they pressed the market with much lower prices."

Food prices in Serbia are almost as high as in Germany, he said, with incomes only about a third of what they are in Germany, leading to a corresponding change in consumer behavior in Serbia. "However, pensions and wages are also constantly adjusted. We have also increased wages for our long-term employees, as they are important to us. As they say: 'Never change a winning team,'" Vollweiler concludes.