"When talking about the post-harvest stage, it basically refers to storage, shelf life, packaging, distribution, but also to disorders and 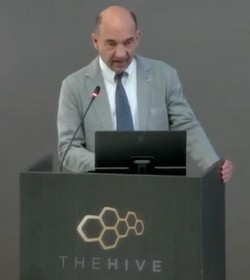 diseases, such as fungi, yeasts, bacteria, and russet spotting, which is a consequence of a certain amount of ethylene emitted in the post-harvest stage by most fruit and vegetables," said Riccardo Massantini (photo aside), Professor at the Department for Innovations in Biological, Agrifood and Forestry Systems at the University of Tuscia (DIBAF-Unitus), at the conference organized by Italia Ortofrutta on 21 June 2022. 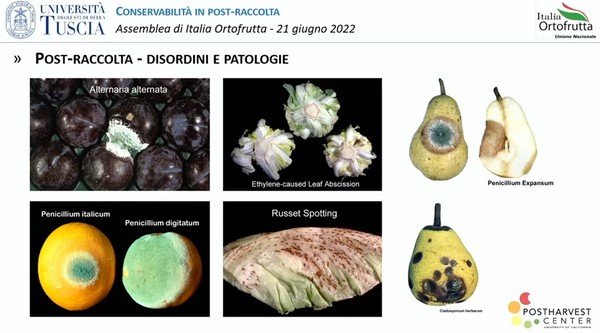 "To counteract the acceleration of ripening and senescence, there is a catalytic hydrated photo oxidation (PCO) system. The principle on which the PCO technology is based involves two steps. In the first, the equipment, which has a titanium oxide bar inside it, is hit by UV rays, realizing a photocatalysis of water and oxygen molecules into reactive species, such as hydroxyl radical and superoxide ion. In the second stage, an oxidation of volatile organic compounds, e.g., ethylene, with degradation of bacteria, fungi and viruses is carried out,” continued Massantini.

In the first two-year period of experimentation (that of 2020-2021), the objectives were fourfold. They were to test the effectiveness of the PCO technology under operational conditions; to evaluate the effects of the treatment; to perform storage trials on as many products as possible; and to foster the transfer of knowledge and skills from the university to producer organizations. "But also vice versa." - emphasized Massantini on the last objective - "We have learned a lot from those working in the field over the past two years. 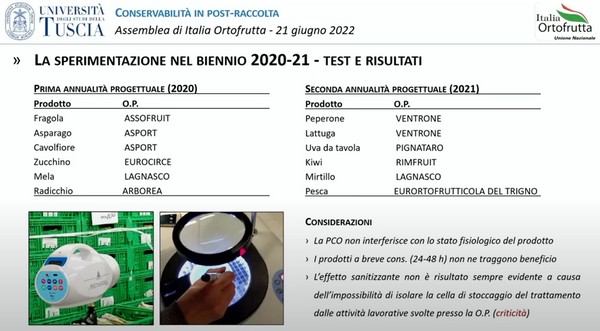 The experiment has now entered its third year. "In the first two years 18 Op-Producer Organizations were involved, in the next one (2022-2023, ed.) there will be 25. Regarding the effects of PCO treatment, we are still evaluating the microbial contamination of the air inside the storage cells, the microbial surface contamination of the product, and its state of preservation and quality. If in the first two-year period, 12 products from 10 Op were tested, in the second it will still be 12, but from 12 Op." 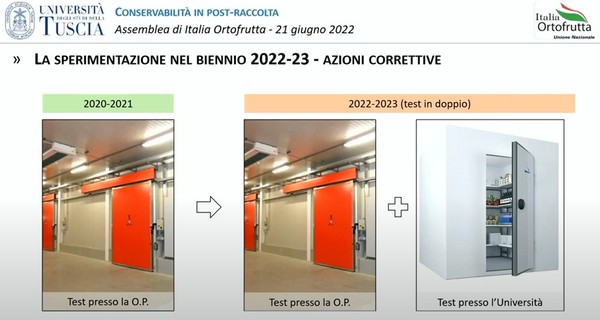 This last point posed a critical issue, on which remedial action is being taken. "If in the first two years the tests were carried out only at the Op, for the next two years there will be, in parallel, tests in the cells of the Op and the University."

For the third year of the project, in 2022, tests on orange and carrot have already been completed, and tests on radish and tomato are underway. Tests on pears and kiwi are also planned later this year. "Early results from the duplicate trial show relative efficacy of the PCO treatment. Internal trials on orange reduce cell air contamination for both bacteria and fungi. Indoor trials on carrot show an effect on fungi," concluded Massantini.

During the fourth project year, which is 2023, activities will be conducted on citrus, apricot, strawberry, raspberry and blackberry, peach, zucchini, squash blossom and pumpkin, and grapes for consumption.