Diego Bellido, from Coag Sevilla: "Producers in the province are being offered up to 20 cents per kilo of watermelon"

Seville is the second-largest watermelon-producing province in Andalusia. Producers from this region expected the prices of the fruit would improve because of the reduction in Almeria's campaign - and in general in Levante - due to the effects that the rains and the unprecedented haze in spring had on the pollination and setting of fruits.

Prices did improve, but only in the beginning. According to the average prices shared by the Ministry of Agriculture, Fisheries, and Food (MAP), the campaign started with prices of 0.97 euro/kg in week 17, far exceeding the 0.54 euro and 0.48 euro per kilo that the fruit registered in the first week of the 2021 and 2020 campaigns, respectively. In recent weeks, however, prices have plummeted sharply, falling by around 40% from week 22 to week 23 for Almeria's greenhouse watermelons, as pointed out by the Andalusian Government's own Price and Markets Observatory in its last report. This fall in prices at source has also affected the province of Seville. 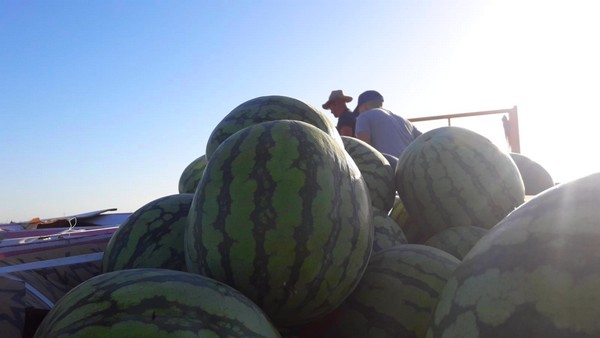 Coag Sevilla warns that the prices that are being offered to Sevillian farmers for their watermelons have already fallen in some cases to 20 cents per kilo in a context of a general increase in costs that, according to the latest official data provided by the MAPA, by March had increased on average by almost 38% over the same month of the previous year and continue to rise each month as inflation runs rampant throughout the eurozone.

"A producer in the area of Lebrija was offered that price for his product. In the end, he decided to sell the fruit directly on the farm to try to obtain a greater profit. Producing watermelon costs around 9,000 euro per hectare and accepting 20 cents per kilo is selling at a loss, which goes against the Chain Law," stated Diego Bellido, of the agricultural organization Coag. "Meanwhile, supermarkets are selling watermelons at 1.20 or 1.50 euro per kilo. It's a shame seeing how watermelon has become a luxury item this year.”

"Last year, this same farmer lost 60,000 to 70,000 euro as he had grown some watermelons with European caliber for a Dutch company that, when the time came, decided not to buy them more. The contracts, unfortunately, are often meaningless. The buyers demand that farmers supply the product, even if they don't have it. However, if there is an oversupply, they wiggle out of the contract." 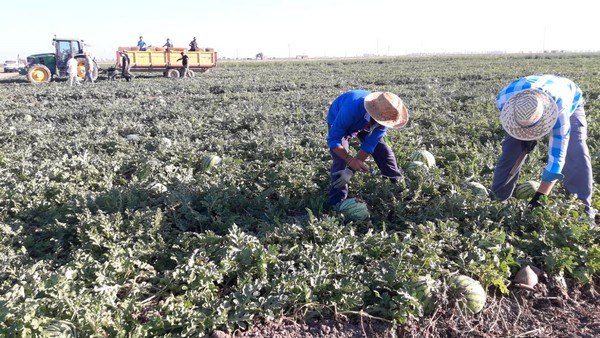 "This is why I believe the cooperatives in Seville and Andalusia, in general, are lacking overseas sales departments that better plan their sowing and harvesting and that is exclusively dedicated to the marketing and export of fruits and vegetables because we currently depend on intermediaries and their commissions.

Extenda, the Andalusian public company for foreign promotion, has already been promoting the implementation of these departments in cooperatives and associations," stated Diego. "Private companies or cooperatives from Almeria and Murcia have shown us that quality and excellence are very important, and they're also showing us the importance of having your own foreign trade departments." This would prevent farmers from being offered very low prices, as was the case of this Sevillian farmer, who is now selling his watermelons at 70 cents a kilo to the public and 50 cents wholesale to earn more than what they offer for their fruit, stressed Diego Bellido. 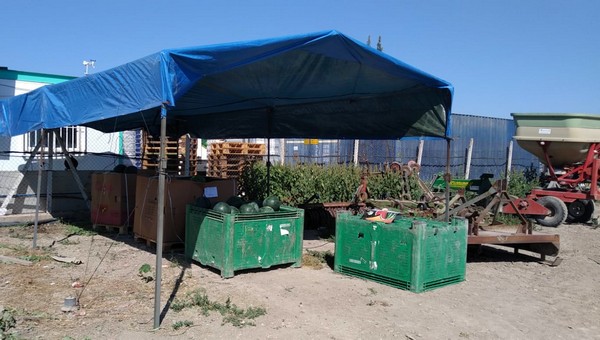 "I think I've harvested nearly 60,000 kilos of watermelon and there is still fruit in the field," he said. “We're being paid ridiculous prices of 20-25 cents that don't even cover the costs. We hear watermelon prices are going down every week, so I don't know how low prices are going to fall. It seems that, in the end, we'll be the ones paying people to take them.”