The Llano de Zafarraya, in Granada, is the only orchard in Spain where artichokes sprout in summer

"Fresh artichoke has long ceased to be just a winter product"

Andalusia is the third-biggest artichoke-producing autonomous region, only behind the Region of Murcia and the Valencian Community. It currently has more than 2,000 hectares of artichoke crops that produce about 30,000 tons of this vegetable per year. The majority are located in the provinces of Granada and Malaga, which account for more than 55% of regional production. 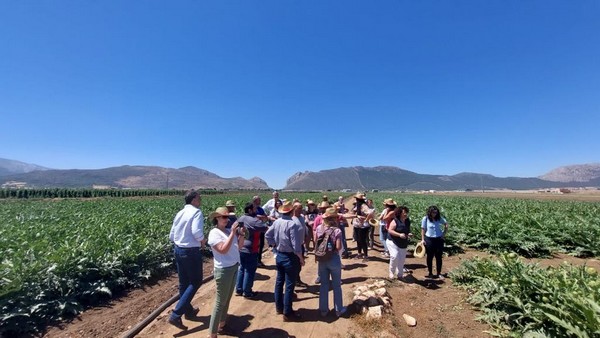 The Llano de Zafarraya, which is located in the southwest of the province of Granada and is 893 meters above sea level, is the only area in Spain that produces artichokes in summer and is currently in the middle of the campaign. “We mainly grow white artichokes and artichoke seed, although we also have other varieties,” stated Francisco Ramos, the president of  Hortoventas and a member of the non-profit association Alcachofa de España.

Hortoventas, which has more than four hundred members, expects to harvest this year 1.5 to 2 million kilos of artichokes in its more than one hundred hectares of cultivation. "We have a wonderful microclimate and everything will depend on the arrival of frost, but we can produce artichoke until December," he added.

Llano Fresh Trade facilities where they produce artichokes under the Alca Fresh brand.

Llano Fresh Trade, another of the reference companies in the area, highlighted that the soil in the Llano de Zafarraa was silty, compact, and rich in minerals, which is perfect for the cultivation of artichokes. According to Jose Miguel Garcia Palma, the manager of Llano Fresh Trade, they will produce 800,000 to 1 million kilos of artichokes in their nearly 90 hectares this campaign. “Everything is harder this year. Supply costs have tripled and it's very difficult to make a profit on the product," he stated.

This week, the workers of shopping centers in Granada capital and Motril visited the plantations to learn about the artichokes first-hand. “We'll continue to join forces to promote artichoke,” stated Antonio Galindo, president of Alcachofa de España, which was present on the tour. "We want sales to remain profitable for the farmer and that consumers can purchase a product with very good quality standards at a reasonable price, just as they have been doing so far." 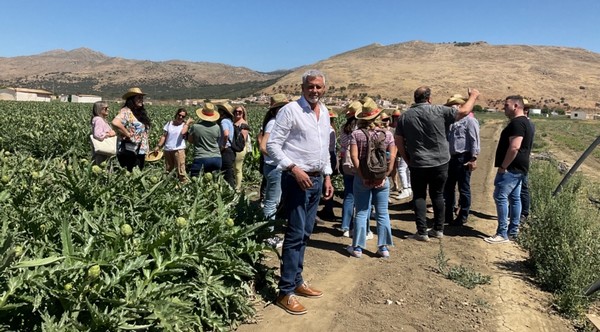 With an average temperature of 28 degrees in summer, the Llano de Zafarraya is the only orchard that produces artichokes in Spain in the summer season. The so-called ‘summer artichoke’ is in great demand, especially among the restaurateurs of Catalonia, the Mediterranean Levant, and Madrid. "Fresh artichoke has long ceased to be just a winter product. Thanks to our partners in Zafarraya we can enjoy it throughout the year," highlighted Antonio Galindo.