In the Netherlands, in 2022, there were 536,000 hectares of agricultural land. That is 105,000 hectares (+2%) more than a year before. The barley area increased the most, but fewer seed onions and starch potatoes were grown. The acreage of arable crops has fallen by more than 15% since 2000. That is what the Central Bureau of Statistics' 2022 Agricultural Census preliminary results show. 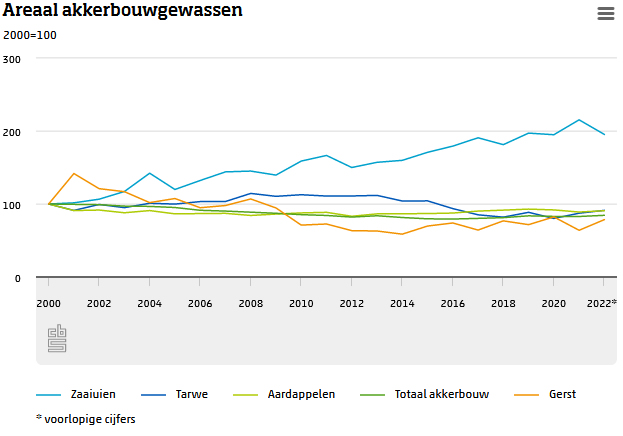 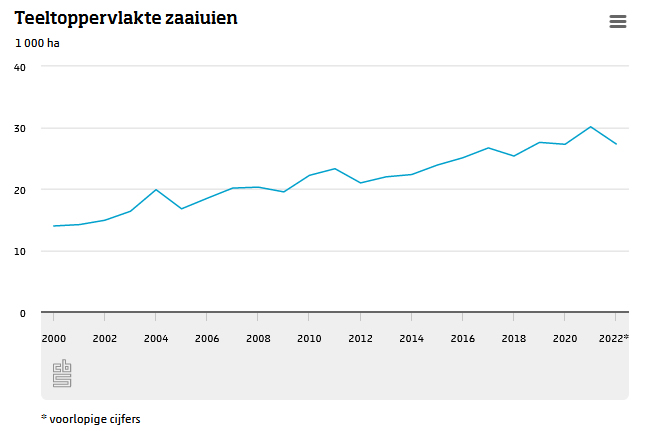 Spring wheat's acreage in the Netherlands is never the same from year to year. The share was highest in 2011 when it was grown on about a quarter of the area under wheat. The 2022 winter wheat acreage increased by close to 2,000 hectares (+1.9%) to 109,000 hectares. 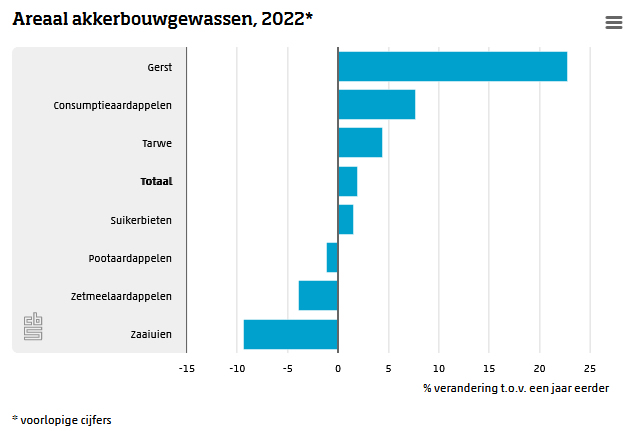