From Master to Prestige: a more responsive approach

After many years of experience with Grodan Master, Marc-André Goulet, a tomato producer from the Nantes region, discovered the advantages of the Grodan Prestige slab. A more reactive approach that he quickly learned to appreciate. 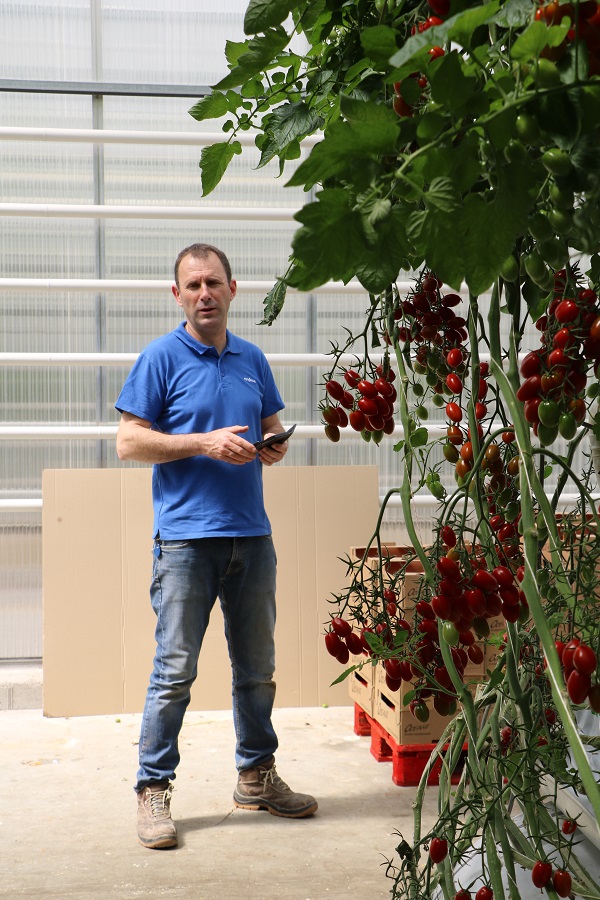 After the first experience as a crop manager for a greenhouse grower in the Nantes region, Marc-André Goulet settled in 1993 on the Chenardière site, a farm located in the commune of Haute-Goulaine, a stone's throw from the family farm and barely further from his first employer. Of the 2.4 ha of greenhouses on the Chenardière site, M.-A. Goulet undertook the renovation in two stages: 1.4 ha from the year he set up and 1 ha a few years later. M.-A. Goulet's business expanded in 2000 when he took over the family farm following the retirement of the previous generation. Today, M.-A. Goulet produces only tomatoes on a surface of 8.4 ha of greenhouses, the last constructions of which date back to 2014 and 2016 (semi-closed greenhouse). The production is divided into 1/3 in round tomatoes, 1/3 in bunches, and 1/3 in elongated cherries. All marketing is entrusted to the Océane cooperative group. 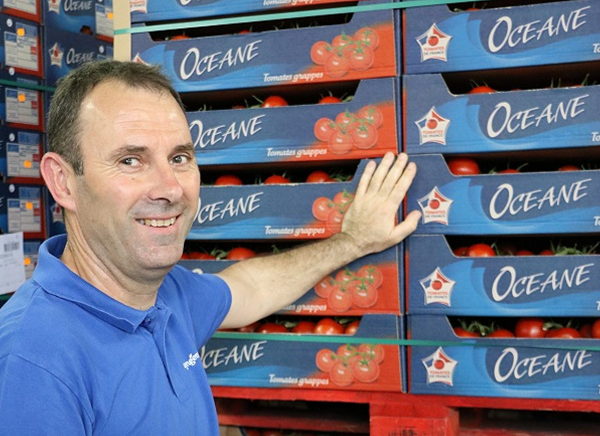 "All of the farm's land is now devoted to greenhouses. The company's growth can only be based on the renovation of existing tools. But the current orientations are mainly dictated by the unpredictable evolution of many production factors", underlines M.-A. Goulet. 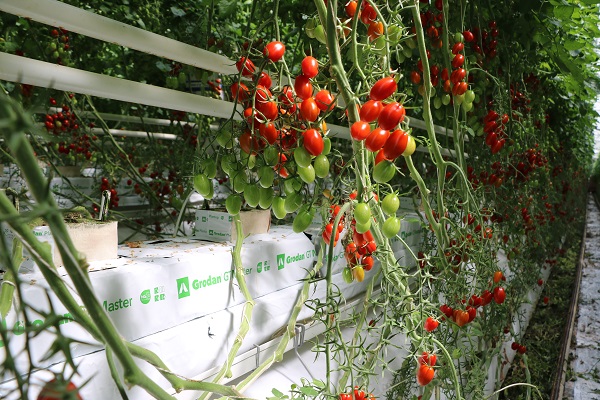 Gas rising faster than electricity
As far as energy is concerned, the company has an electricity buy-back contract with EDF, but the future of the power generation system that heats the greenhouses is not yet secure. "Currently, the price of gas is rising faster than the price of electricity. However, EDF has exceptionally extended the electricity buy-back period for April and May. This allowed us to run the unit longer, during a period when heating is still useful in the morning, especially for dehumidification," says Goulet. In this context, where climate management parameters are constantly changing and where controlling production costs is becoming a challenge, M.-A. Goulet has chosen Grodan Prestige bread for a large part of his crops, in particular for 100% of his grape tomato areas and 50% of his cherry tomato plots. For the rest of his production, he continues to use the Grodan Master slab.

Prestige is a more draining slab with which it is possible to vary the humidity quickly, either upwards or downwards. It responds better to the grower's requests and makes it easier for him to guide the plants' behavior, especially at the beginning or end of the growing season, when the climatic variations over the day are maximal. 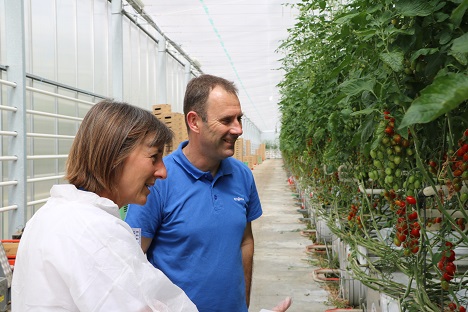 Prestige has real advantages
"Compared to Master slab, which tends to stay wetter, Prestige allows the substrate to dry out more quickly. This is a real advantage, especially when we tend, as we did this year, to manage the heating as closely as possible, to prevent our production costs from soaring," says Goulet.

"Prestige is a very interesting slab that requires some adjustments in the irrigation process. When the plants are very stressed, you have to start watering a little earlier and continue a little later at the end of the day. You should not be surprised if you do not see the roots, especially at the beginning of the crop. With Prestige, the substrate settlement occurs first inside the slab", adds M.-A. Goulet appreciates the behavior of this slab.

"It also makes it possible to maintain greater stability of the conductivity, which is a very positive aspect for me. On the other hand, it is important to know that in case of a watering accident, Prestige is more difficult to wet again. It is easy to wet up a Master slab with good watering, even in extreme situations and in the case of wilted plants. On the other hand, with Prestige, the management of this type of incident necessarily implies a physical intervention. Both Prestige and Master have many qualities, Prestige is drier and more reactive, and Master has more inertia but can be a safety solution in certain situations. The end-of-season assessment will allow M.-A. Goulet to refine the comparison between the two types of slabs. The energy risk could play in favor of Prestige.

M.-A. Goulet also uses Plantop cubes supplied by his plant producer. Beyond the perfect compatibility between the cubes and the Grodan substrates, M.-A. Goulet appreciates the fact that this type of cube allows him to extend the pre-planting period if necessary. This period, which generally lasts 2 to 3 weeks, can go up to a month to wait for a favorable period. "It's more comfortable," concludes M.-A. Goulet.