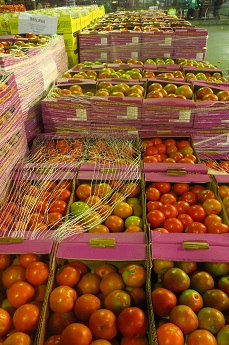 The tomato season has been an interesting one, traders say: tomato prices were at unusually high levels early in June due to weather conditions; prices are now moving downwards, and volumes climb, albeit slower than usual, making this a difficult to predict volume-wise.

Unusual rain in May and into the month of June in the Onderberg and Komatipoort could lead to quality problems on their tomatoes and bring down volumes.

Meanwhile, in the areas of Ellisras, Tom Burke, Alldays, and Marken, tomato producers have had frost to varying degrees. The frost could also still affect tomato producers around the Orange River.

Western Cape tomato production is now tapering off, and volumes from central Limpopo are building.

Cold weather and overcast conditions are slowing down the ripening, and producers are behind their usual volumes this time of the year, traders note.

Tomato traders expect prices to continue moving downwards throughout the next two months. 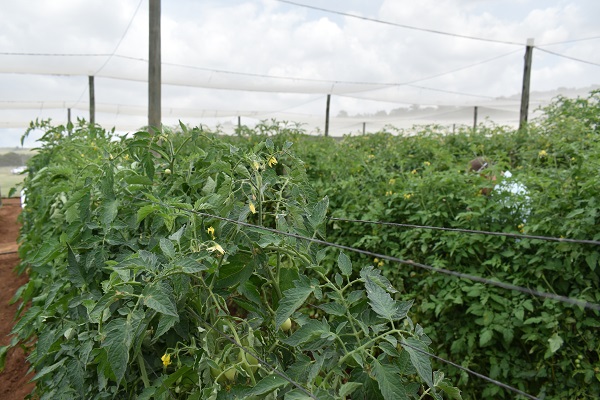 The tomato trade is affected by South Africa’s severe electricity uncertainty at the moment as small restaurants, unable to afford an electricity generator and losing business, close down.

South Africa is now fluctuating between stage 4 and stage 6 blackouts. The latter entails periods of 4.5 hours without electricity at a time (according to a public schedule). This is compounded by frequent network failures when electricity is resumed to affected areas.

On the other side of the coin, it has become very expensive to farm tomatoes. Production costs are driven by labor (South African tomatoes are picked manually) and by inputs, like fertilizer, chemical, and transport costs which are becoming close to untenable for producers. A hectare of trellised tomatoes can cost upwards of R450,000 (26,700 euros) per hectare.