Eduardo Lopez, from Campoberry: “Our organic blueberries will be available until mid-November”

Huelva's blueberry campaign is on its final stretch and the northernmost productions of the country are beginning to take over. "We at Campoberry have been collecting our organic blueberries for a few weeks now. The start of our campaign overlaps with the end of the season in Huelva, and we will have fruit available until mid-November," stated Eduardo Lopez, from the Cantabrian company based in Güemes. 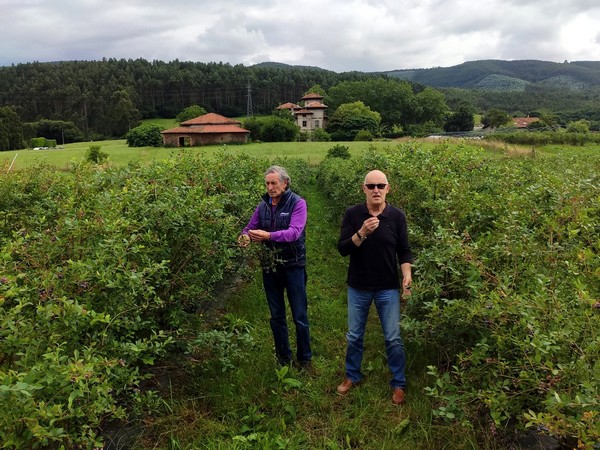 The north of the peninsula achieved this wide marketing window because it diversified the cultivation farms at different altitudes. "On average, every 100 meters above sea level the ripening of blueberries is delayed about 4 days. So, for example, some of our Asturian associates who grow this fruit at 1,000 meters of altitude, in areas such as Cangas de Narcea, begin to harvest their fruit about 40 days later than the crops that are at sea level. This allows us to continuously have fruit throughout the season, combining the different altitudes with the different varieties, from the earliest varieties to the latest ones."

"Our production coincides with the campaigns in the rest of Europe, which despite lasting a very short period of time, mainly between July 25 and August 15, directly affect our sales at the time that the harvest peaks. 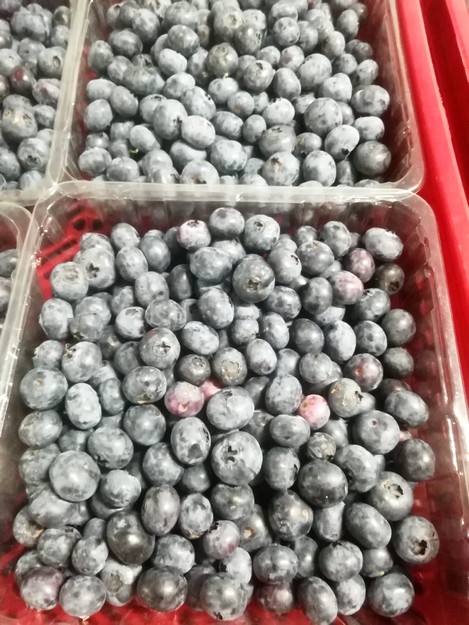 However, our extra-late productions arrive when they are needed the most when there are no more fruits on the continent," Eduardo stated. (Photo: freshly harvested fruit).

In fact, Campoberry's production is one of the last fruits grown in Spain before the beginning of the next season in Huelva, minimizing the gap in which there is no national supply in the European market.

"If someone wants to buy organic blueberries at that time they have to bring them from overseas. However, we have to take into account several aspects: first, there's a difference between the EU's phytosanitary requirements in organic production and other places. In addition, there are customers who do not consider that the fruit that is brought from 10,000 km away is organic fruit. We even have customers in France who stop selling blueberries in November and prefer not to have any fruit until Huelva's organic production starts again,” Eduardo Lopez stated. 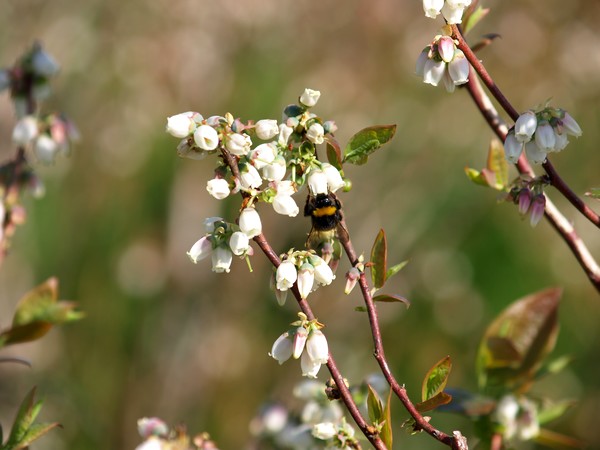 Customers across the European continent appreciate Campoberry's commitment to the environment and its organic blueberry production. Campoberry produces some 300,000 kilos of organic blueberry per season. "We send our organic blueberries to Central Europe, mainly to France, Germany, Switzerland, and Austria. We also send them to Scandinavia and we sell more and more in Spain, where the consumption of blueberries is rising exponentially; in fact, before we exported 95% of our production and devoted 5% to the domestic market. Now we export half of it and the other half is for the domestic market. It's worth noting that spending on ecological consumption has increased at a rate of 7% per year."

"This year we are also going to send organic blueberries to Shanghai to a Chinese customer who wants to try our fruit. We also have some conventional production that we send to Arab countries and that we are preparing to send to Singapore."

Blueberries that taste like Cantabria
Campoberry is located in Güemes, a small Cantabrian town located in a valley just 3 km from the shores of the nearby Cantabrian Sea. Eduardo Lopez traveled to the province of Huelva about 15 years ago, to learn first-hand about the cultivation of blueberries, convinced that he could produce them in the fertile meadows of his region, which were traditionally dedicated to pastures. 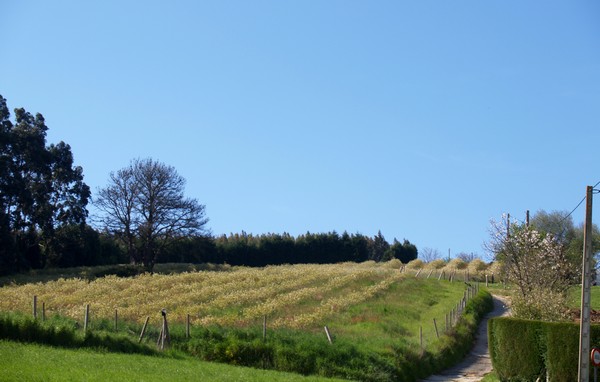 Today, the company that Eduardo launched in this municipality of the Trasmiera region has become one of the largest blueberry production companies in northern Spain thanks to its production management model.

"Campoberry produces blueberries and also advises producers on how to cultivate blueberries and install new plantations. We have helped to set up 160 hectares of new blueberry farms in Cantabria, Asturias, Galicia, and the Basque Country; of these, 80 hectares belong to our associates to whom we provide all of Campoberry's services: technical assistance for the cultivation of the crops, logistics, packaging, and marketing services. We even have teams of workers to carry out the harvest."

"In addition, we help producers interested in the cultivation of blueberries in the northern area to find available farms. In fact, I have clients from Madrid and even entrepreneurs from Argentina who have already invested in land here with the intention of moving to the area in the future, and who fully trust our service." 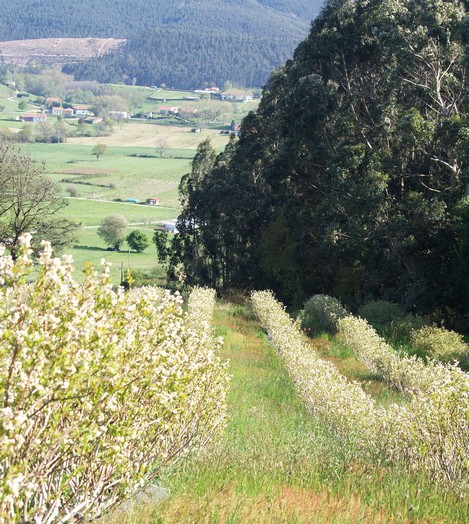