"Summer lychees are well received by restaurateurs and specialty retailers"

In the shadow of the 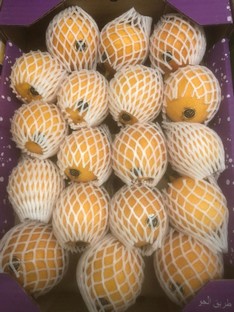 German berry and cherry season, several air-shipped exotics also continue to find their way to consumers. "For a long time, lychees were not an issue at all in the summer, but in recent years they've become increasingly popular, especially among restaurateurs and specialty retailers," says Klaus Jürgen Braun, operations manager at Stuttgart-based wholesaler Werner Ebert & Co.

The small fruits are currently sourced from both Mexico and Vietnam. Braun: "Mexico is now starting the season with smaller quantities, Vietnam has been on the market a little longer. Both origins are of high quality and the fruit is generally beautiful. The Mexican product is somewhat smaller, up to mostly size L, while XL lychees are mostly coming from Vietnam." 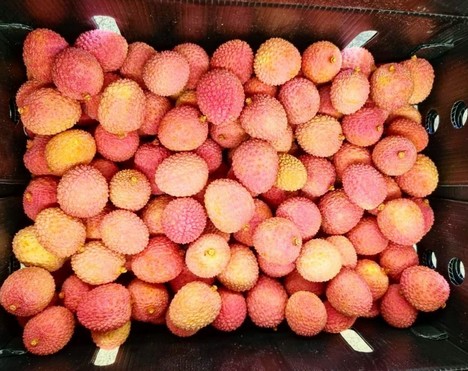 Summer lychees can probably be offered until mid-to-late July, depending on quality and demand, Braun continues. "After that, traditionally there's a gap until November, when we'll take off with air-shipped goods from South Africa. Later, the assortment will then be supplemented with goods from Madagascar, which we can offer in December and January." 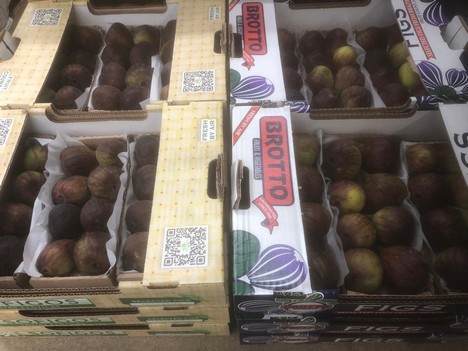 Gradual change of season for figs
In addition to lychees, other exotics can currently be found at the Stuttgart-based wholesale company, he said. "Papayas from Brazil are traded all year round these days. The same applies to pitahaya - whether yellow, red or red and white, which we are currently sourcing from Vietnam, Thailand and South America. In the case of figs, we also carry European batches from Italy and Spain, in parallel to the air-freighted goods from Brazil. Soon we will also be receiving the more attractively priced fruit from Turkey, the world's most important fig-growing country," says Braun. 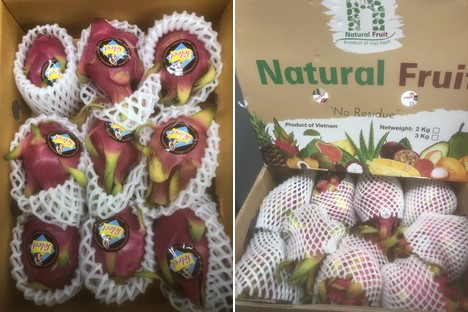 Pitahayas from Thailand (r) and Vietnam

Due to record freight rates and additional price surcharges, the procurement situation in terms of flight exotics is still very tight, Braun further observes. "With fewer flights still taking place, it is challenging at times to get the product here. Because of this, prices across the exotics range are about 10-15 percent above pre-Corona levels." In general, Braun says there is a certain reluctance to buy during times of rising inflation. "All products are traded as usual, yet in smaller purchase quantities." 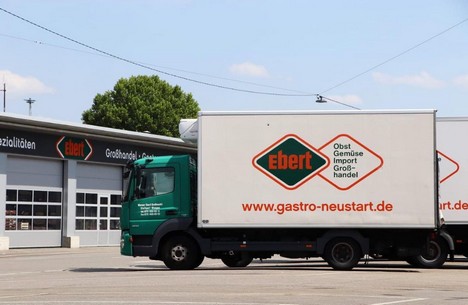 Exciting summer season ahead
At Ebert, the current season is also marked by several seasonal changes. "German soft fruit is now available in abundance, while the asparagus season has ended. To meet demand in the food service sector, we have already switched to green asparagus from Mexico and Peru. The wild mushroom season is also now visibly picking up speed with chanterelles from Serbia, Romania and Bulgaria. The question is, of course, to what extent we can fall back on goods from Belarus and the Russian collecting area Kaluga later in the season. In this respect, we are in for an exciting summer season," Braun concludes.