"There will be a boost to Murcia's promotional campaign in September"

On June 6, the Summer Flavours campaign, which aims to promote stone fruit from the Vega del Segura among foreign tourists by giving them a few pieces of fruit on their arrival by cruise ship to the city, was presented in Cartagena. 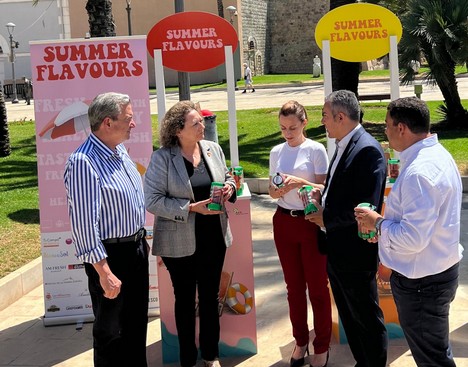 Promoted by ASOPEX and APOEXPA, the Association of Producers and Exporters of Fruit, Table Grapes and Other Agricultural Products, it has received the support of the Council of Agriculture and Water of the Region of Murcia, the Port of Cartagena and ADRI Vega del Segura, and been backed by the work of the Advertising Agency BAMBÚ&COCOCO.

More than 10,000 cruise ship passengers who arrived between 15 and 16 June at the Port of Cartagena already had the chance to taste the peaches, apricots, nectarines and flat peaches delivered in recycled plastic tubes, adapted to the measures of the pieces for easy transport and conservation. 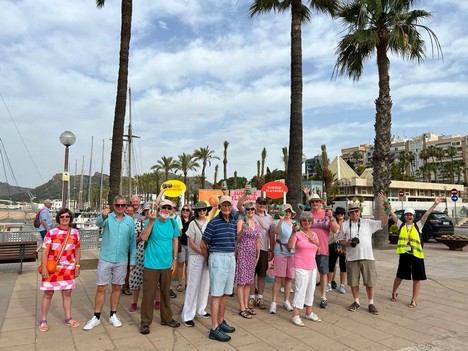 Joaquín Gómez Carrasco, president of APOEXPA, tells us about the objectives and repercussions of this campaign. "Why the port of Cartagena? Because it has become the most important port of arrival for cruise tourism in Spain. 250,000 cruise passengers are expected to arrive in 2022. 40% of them are English, another 40% are North Americans and Canadians, and the rest come mainly from Northern European countries."

According to the representative of this association, the reason why a promotion of these products is carried out among foreigners is that "they are the same people who will then do the groceries in their respective countries; therefore, it is a practical and simple way to get them to become familiar with the fruit of Murcia. When they visit a supermarket in their countries of origin to buy fruit they will remember the experience they had in the Port of Cartagena. It is the most effective way to promote the product: a few kilometers away from the production area." 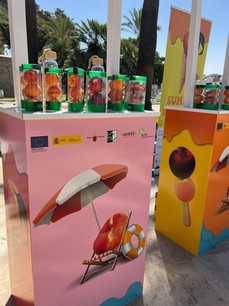 The campaign is in full swing. Each cruise ship arriving in the port of Cartagena brings about 1,500 passengers, who are offered stone fruit along with an information leaflet on its nutritional benefits.

"In September, the campaign will be given a boost with the delivery of various products, such as juices, with the aim of giving another push to the Region of Murcia brand with a varied and healthy range," says Joaquín Gómez.

The work of ASOPEX - APOEXPA in this campaign consists of coordinating the delivery of products by its associates, the preparation of the promotional kits and their distribution. 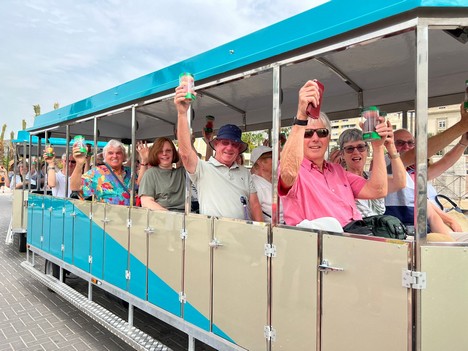 "It is worth mentioning the collaboration of SERVIGEST, a company that provides employment to people with disabilities, making it easier for them to be included in the current labor market. This firm has offered to handle and package the stone fruit in plastic tubes specially made for this campaign, which are later taken to the Port of Cartagena to be delivered to the cruise passengers," says Joaquín Gómez.