The European Commission's interpretation is that the new policy comes into effect within three days of publication in the Official Journal on 21 June 2022. This would have required South Africa to start issuing phytosanitary certificates in accordance with the new legislation by today.

South Africa requested and was granted a grace period to start applying the new regulation of precooling and shipping temperatures of between -1°C to 0° C for minimum 16 days or -1° C and 2°C at minimum 20 days (a slight amelioration of precooling to 5° C followed by 25 days of cold treatment is required until the end of the year).

Regulation 2022/959 equally affects Southern African countries, some of which are expected to adopt South Africa's rules, but using their own export regime codes.

Tremendous apprehension regarding new regime
The South African citrus industry will hear early next week what the new regime will mean to them in practice.

Europe makes up around 40% to 50% of South Africa’s orange exports, trade valued at a billion euros per year. This season the total orange crop is estimated at well over 80 million 15kg cartons.

Much of the oranges for Europe have always been loaded at ambient temperature, a fact which has facilitated the steady flow of South Africa's longstanding orange trade with Europe, exporters say.

"No FCM crisis"
The CEO of the Citrus Growers Association, Justin Chadwick, who describes the haste with which the regulation was adopted in his weekly newsletter, notes: "86.6% of South African oranges exported to the EU in 2021 were loaded under codes specified in the risk
management system that do not require pre-cooling." 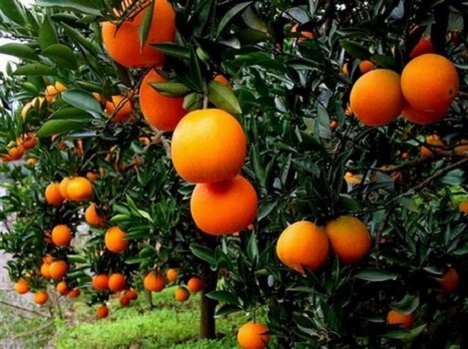 False codling moth interceptions on South African citrus in general and oranges specifically have been declining every year since it was declared a quarantine pest three years ago.

A category like organic oranges has never had a single FCM interception but is equally and disproportionately penalized.

"Eespecially in view of the (increased) volumes [of oranges] traded, 99,98% of all shipments had no interceptions," Justin continues, maintaining that there is no FCM "crisis" and that the decision was made on political and trade-restrictive grounds.

Implications will become clear by next week
The effect on the cold chain and the supply chain and concomitant costs will be grave, perhaps less so for the Western Cape which has more cooling capacity with the province's table grape cold rooms and more marketing options with its USA market access (currently the only good citrus market anywhere, many say).

Meanwhile the European citrus market has been very weak. It is full of citrus, amongst which Egyptian Valencias which are sold at prices much lower than South Africa can accept.

Some well-established citrus programmes with European retailers have been chopped this season as the prices offered just don’t make financial sense.