An Australian ag-tech solutions company is already receiving international interest for its innovative technology, which it says has huge productivity benefits for fruit and vegetable growers in getting the most out of their workers, especially since new legislative changes were recently introduced.

The new technology called Harvest Ant, developed by start-up Grow Logic, is still in the pre-commercial stage, but Managing director Peter Bail says it has already yielded successful results working with both lychees and cucumbers in the trials.

"There are two sides to our solution. The first consists of the smart tags, digital supervisor (wearable IoT), and the smart scales," he said. "So, what it allows us to do is give the grower a heap of smart tags that they place on anything they want to digitize. One example might be an employer's ID card. We also have asset tags that go onto bins, crates, or buckets that they harvest into. We also provide location tags, which are typically placed at the end of each row to measure activities, and produce that comes out of each row in a block. Then there are task tags, where they touch a tag relating to a task that they are currently doing. Another is a schedule tag, so when they start and stop and have breaks and things like that. So, the system hinges around the picker wearing the digital supervisor that reads any activity or event they do by touching the smart tags." 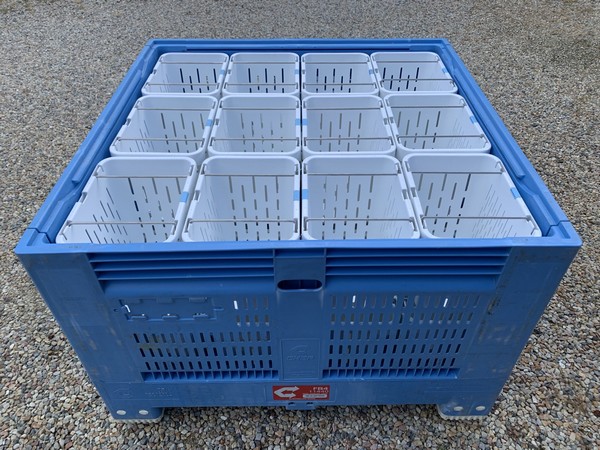 He added that the digital supervisor also contains a low-power mesh radio network to capture the data in the field. It works because there is a high density of people in a small area during a harvest, so they automatically become a repeater. Mr. Bail explains that the data is captured twice, once through the radio network and the other through the smart tags. This helps ensure important information that could have an impact in terms of payroll is not lost. It is also secure because it is harder for people to cheat the system. 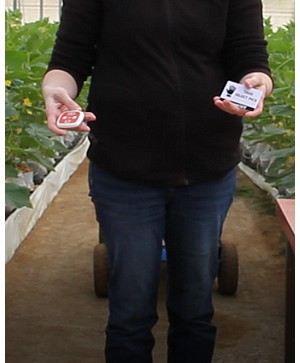 "As an example, a picker could come in of a morning and grab the digital supervisor off the charging station," Mr. Bail said. "They would have their own personal ID card to then tag onto the digital supervisor, which assigns a digital supervisor to that picker. They would locate a task tag, then a row, and then as they were harvesting and filling up the buckets or crates, they would sign onto them as they go. When the bucket is then placed on the scales, we then read all of the data out of that smart tag and know who picked it, what row it came from, the time, temperature, and most importantly, the weight. That information goes into the cloud to be presented to the grower. We have designed the system to work offline, and each device has the ability to store and date/time stamp all the data, and when there is connectivity, it uploads all this information to the cloud." 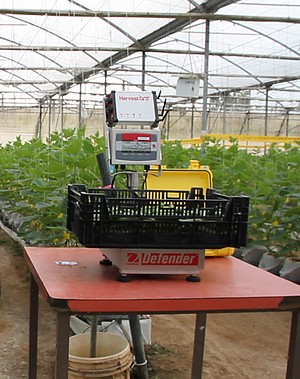 Mr. Bail says the Harvest Ant system is easy to onboard, as one of the growers in the trial has a low-tech greenhouse, and he has not had to put in any significant infrastructure apart from the basics like row markers. The scales and technology are portable and battery-powered, so retrofitting an existing farm is simple. The system has been designed to be flexible as possible and can be used on any hand-harvested crops, picking to bins, buckets, or crates, while work is being done to incorporate the 'bag drop' system, where it counts the amount of loads per individual worker being dropped into the larger bin.

The feedback from the two trials has been positive in terms of productivity gains, according to Mr. Bail, as there is a psychological benefit because pickers know they are being monitored, especially in large orchards where there are places for them to hide out of sight of the supervisors. 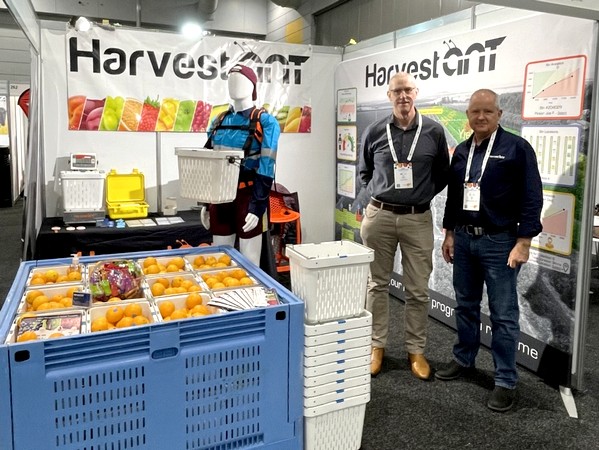 "Some people think tracking workers is a negative, but the pickers that work hard can get rewarded for extra activities," he said. "They think that it is an excellent way of being transparent and is a fairer system. The labor laws changed in Australia on April 28, so you now have to track time to provide a minimum wage guarantee, and if they go down the road of piece rate. Our system opens it up to having a fairer bonus structure in place because you are measuring individual performance by weight. In the past, under piece-rate, where things were measured by the bucket, there was always conflict over what a full bucket was. Now, come break time, or when they finish a row, they don't always have a full bucket. So, when they bring it back to the supervisor, by measuring the weight, everyone knows what's there, and it takes all the guesswork out of it - and they get paid for what's inside the bucket."

The Grow Logic Managing Director will be visiting Peru in the coming weeks to fully show off the concept and find out how this solution can help the country's blueberry, avocado, and citrus growers – given they have different needs than Australian growers.