To mark the start of the early potato season, the Pfälzer Grumbeere producer association invited Christoph Hambloch. Hambloch is the managing director of the Bundesvereinigung Erzeugergemeinschaften Kartoffeln, a member of the federal association. He has also worked for two decades as a market analyst in the potato sector at Agrarmarkt Informations-Gesellschaft and is known throughout Germany and Europe as a potato expert. He presented current facts and trends on the subject of table potatoes to those present.

Germany, France and the Netherlands together harvested 51.5 million tons of market-relevant volumes in 2021. However, their quality left much to be desired in view of the changeable weather, especially due to the cold month of May and the rainy periods over the summer. There had also been considerable problems as a result with green nodules and rot last year. 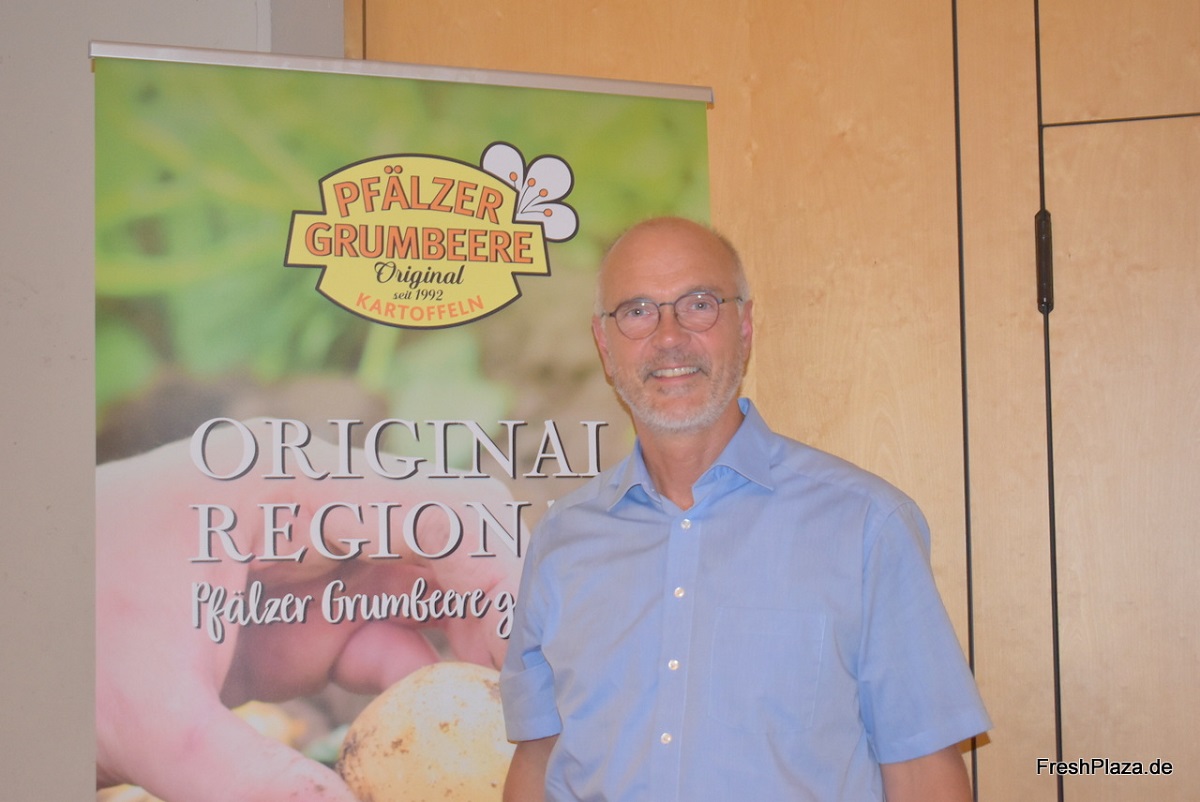 Sortings of 20-30 percent
"There has been a lot of speculation about when the poor quality will be taken off supermarket shelves, or to what extent sortings of 20-30 percent, which yes, they have sometimes had to accept, will result in potatoes being cleared from the crop earlier," Hambloch says. "The math that poor grades came with an early end to the storage season doesn't add up. But they may lead to a little more withholding of goods from Israel or Egypt in the fall, even for our market."

In Lower Saxony, he said, the end of December 2021 was achieved with inventories of about 1.7 million tons, which Hambloch said is a small amount. Apart from North Rhine-Westphalia, however, he said, most regions tend to have lower inventories. The Rhineland, he said, was largely through with its stocks. On the supply side, there have been no problems in this country, but rather in terms of demand. The war in Ukraine had exacerbated the problem, as many customers had become much more price-sensitive, especially when analyzing sales volumes and purchases by private households.

April and May no longer attractive for Egypt and Israel
"The large containers were able to bring in profits, but less so as far early potatoes were concerned, which was also the case before the war," Hambloch says. In the past, there was already the first early crop from January - March, while the main season was supplied by goods from Mediterranean countries, mainly Egypt and Israel in April and May. Since then, however, the states realized that the early potato business at those months in Europe was no longer lucrative.

"One of the main destinations for Egyptian early potatoes is still Greece, closely followed by Germany. Although there are also goods marketed from Egypt to Italy and Slovenia, these in turn are primarily resold to Germany. We have also had quite a high-priced season so far. Egypt entered the market with a price of 70 euros per 100 kg, although the price is now below 60 euros per 100 kg for program goods. That's still higher than in previous years, which is due to increased production costs." Hambloch expects that Egyptian produce will soon be replaced by Spanish. Aside from a promotion for asparagus potatoes before Easter, not many programs have started since then, he said.

Declining potato production in Israel
The primary crop arriving from Israel would be the spring crop, which arrived comparatively late this season, partly due to the cold winter. "In 2021, there were already two discounters and full-range stores that included Israeli produce in their assortment in the second week of May. In 2022, so far only Aldi Süd has included the product in its range." The trend is for fewer and fewer potatoes to be grown in Israel because demand in the destinations is no longer too high, he said. Israel has started the season with firm-cooked produce at 68-70 euros per 100kg. However, due to quality problems, prices are already significantly lower in some cases.

Spanish market cleared early
In Spain, planting in the Andalusia region has again been initially delayed. "Spain itself does not yet know exactly how large the area under cultivation will be, although it is probably limited to 5,500 hectares. Programs for Spanish potatoes will be reasonably stable to slightly limited in Germany," Hambloch says. Furthermore, Spain has begun marketing large-skinned product to Poland, predominantly firm-skinned potatoes, he said. "The Spanish market was cleared relatively early this year. Imports from Israel and Egypt were therefore eagerly awaited, but there was the problem that the range of varieties for home consumption is quite different from that for export regulations here in Western Europe."

Due to the massive rainfall in Murcia and Cartagena, the market in Spain is still very high-priced, he said. It is believed that about 80 percent destined for exports have been cleared and some have already been marketed. However, yields in Andalusia have been good overall, he said. "Spanish produce is having difficulties with us, however, because of the extremely critical quality assessment in German pack distributors. It seems that a lot is rejected. I can't detect any poor qualities. Retail currently seems to be very critical of the quality of Spanish goods." 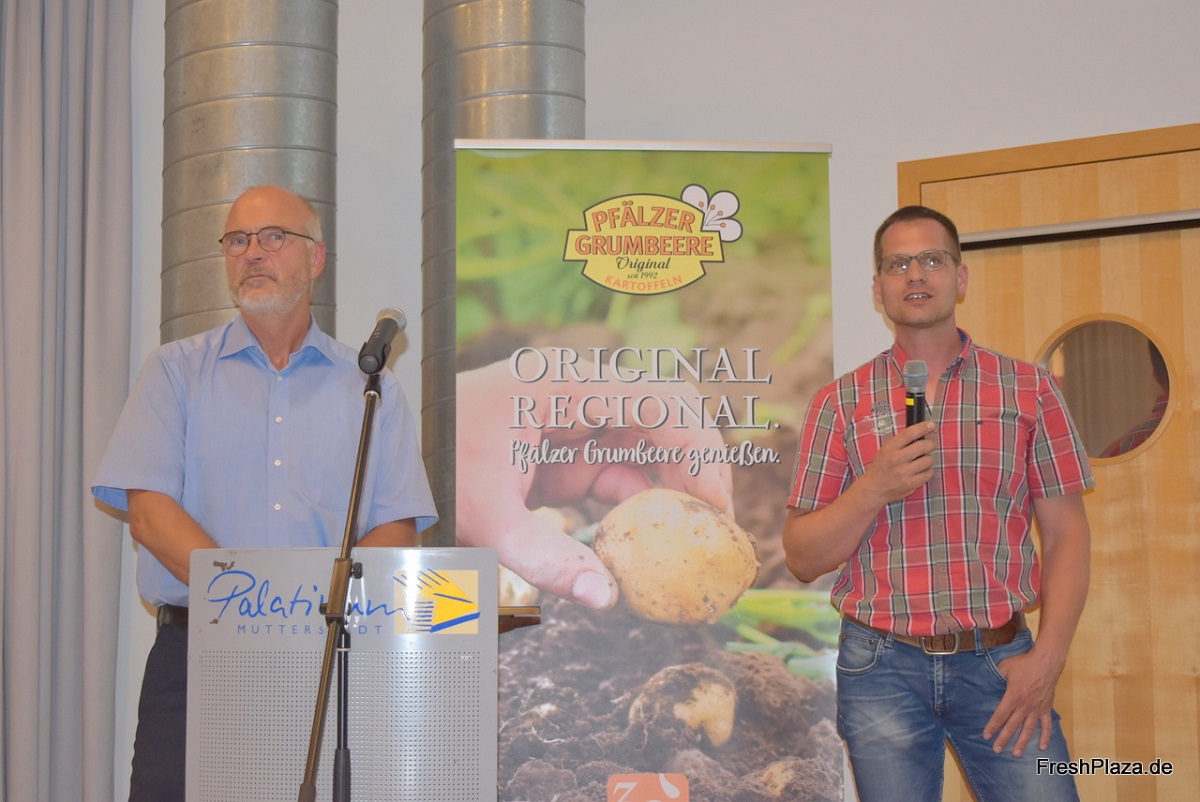 Programs as POS
"The entire Western European market is firmly tied into programs. The large quantities of uncommitted potatoes that used to exist -when for example 20,000 tons suddenly were available to be sold from Israel-  no longer exist in this way. Nevertheless, the market is getting tighter." 2020-2021 were excellent years with strong growth, he said.

"In 2021, we did have a slight decline, which was offset by home consumption. In March 2022, again, there were heavier reactions because you fell back to the level of 2019. Due to the holidays, things went reasonably well in April, at least proportionally. The weather was also conducive to consumption. Nevertheless, significantly fewer early potatoes have been sold, but significantly more stock," Hambloch reports.

From week 25 onwards, changes to the programs for Spain and Israel are expected, and from week 26 onwards, the first firm-skinned varieties from northern Germany. His conclusion is that potatoes from Israel, Egypt and Spain have hardly been cleared yet, while the German product came onto the market relatively early. Therefore, price pressures are likely. "However, the weather can still change everything. Retailer decisions can also still change things," says Hambloch.