Hartmut Magin, First chairman of the Palatinate Grumbeere, at the start of the early potato season:

"Prices are not higher compared to last year"

To mark the start of the early potato season in the Palatinate, we spoke to Hartmut Magin, First chairman of the Pfälzer Grumbeere growers' association (EZG). "Even though we had sporadic snow in April, the potato plants have grown up well. Consumers will be pleased to hear that they can now enjoy potatoes grown sustainably on site with us again. We, as growers, are pleased with the great stocks and the quality goods. Equally important is the fact that we can now meet demand again and thus make our contribution to security of supply," says Magin. In the case of early potatoes, the EZG is expecting a yield of 90,000 - 100,000 tons, which will be sourced from 265 farms around the Palatinate region. 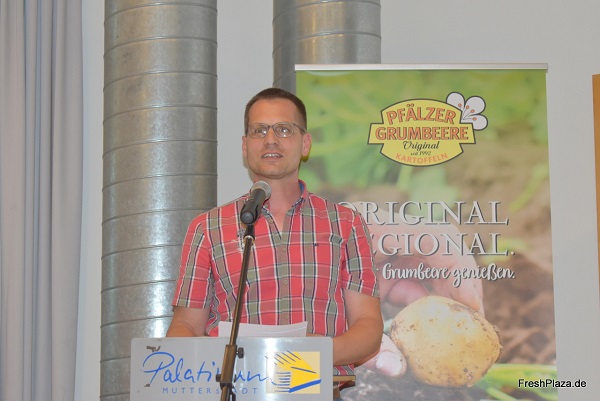 3,500 tons a day
"We are a week earlier than other regions. Last year, we still had many frost events in April. This year, however, the weather was milder," says Magin. "At the start of the season, the entry price level is still a little higher. As harvest volumes increase, they very quickly become more consumer-friendly - as they do every season. But prices are not higher compared to last year."

"Fifty percent of our produce is delivered throughout Germany. Each region has its own produce, of course, but in the two to three weeks when we are in full operation, we can market up to 3,500 tons a day, not all of which is consumed here in the Palatinate, of course. Via companies such as Helma Südwest, Maurer Parat, Meyer Ltd or Agrarhandel Müller, for example, the goods are transported directly in bulk to packing plants in various German states and packed on site." Geographically, the Palatinate region also has a climate advantage, as it is a few degrees warmer than the rest of the country.

At the same time, there would also be a constant battle for shelf space due to imported goods from Cyprus, Egypt and Spain. "Egypt is two to three months ahead of us due to the climate, though they also only have a delivery time of six to eight weeks. As a grower and marketer, you have to keep that in mind and adjust your times accordingly. Buyers want to make sure they get the goods. But of course, there can be delays or even cancellations due to weather. That's why it's important to stay in constant contact with retailers," says Magin. 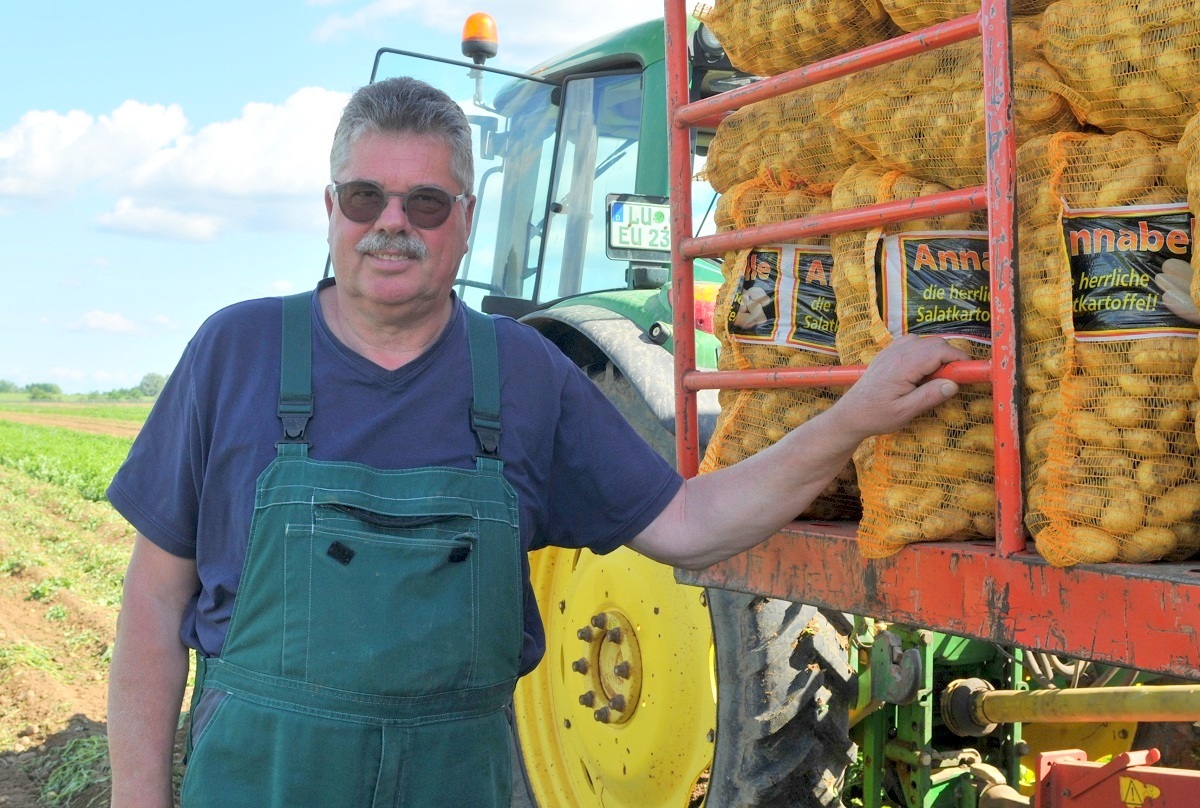 Increase in production costs by 25-30 percent
According to Magin, production costs have risen by 25-30 percent. Fertilizers in particular have become three to four times more expensive, he says, partly due to the sanctions against Russia over the war in Ukraine. The circumstances around it were more burdensome than the potato market itself, Magin says.

In turn, the potato industry is less concerned about the increase in the minimum wage in October. "We already had a wage increase on Jan. 1, and we'll have another one on July 1. Since much of the cultivation and harvesting is now done by machine or automated, these increases affect us less than, for example, vegetable farms that still rely heavily on manual labor. What adds to the prices are the agricultural machines. Due to a shortage of chips, some of these could not be delivered, and the price spiral is currently rising sharply. That's why it's very important: As a producer of healthy and sustainable locally produced staple foods, we of course have to remain competitive."

Positive trend continues
Magin: "Before Corona, we were a bit depressed that consumption was a bit lower. But during the pandemic, consumption has increased significantly. It's now calculated to be something like 65 kg per capita, and that includes processed products such as French fries, chips and gnocchi. Consumption of table potatoes itself, meanwhile, is less than 20 kg. Although consumption has fallen slightly again, we are still on a positive trend. With various campaigns, for example at schools, we are trying to teach children about growing potatoes as a healthy food." 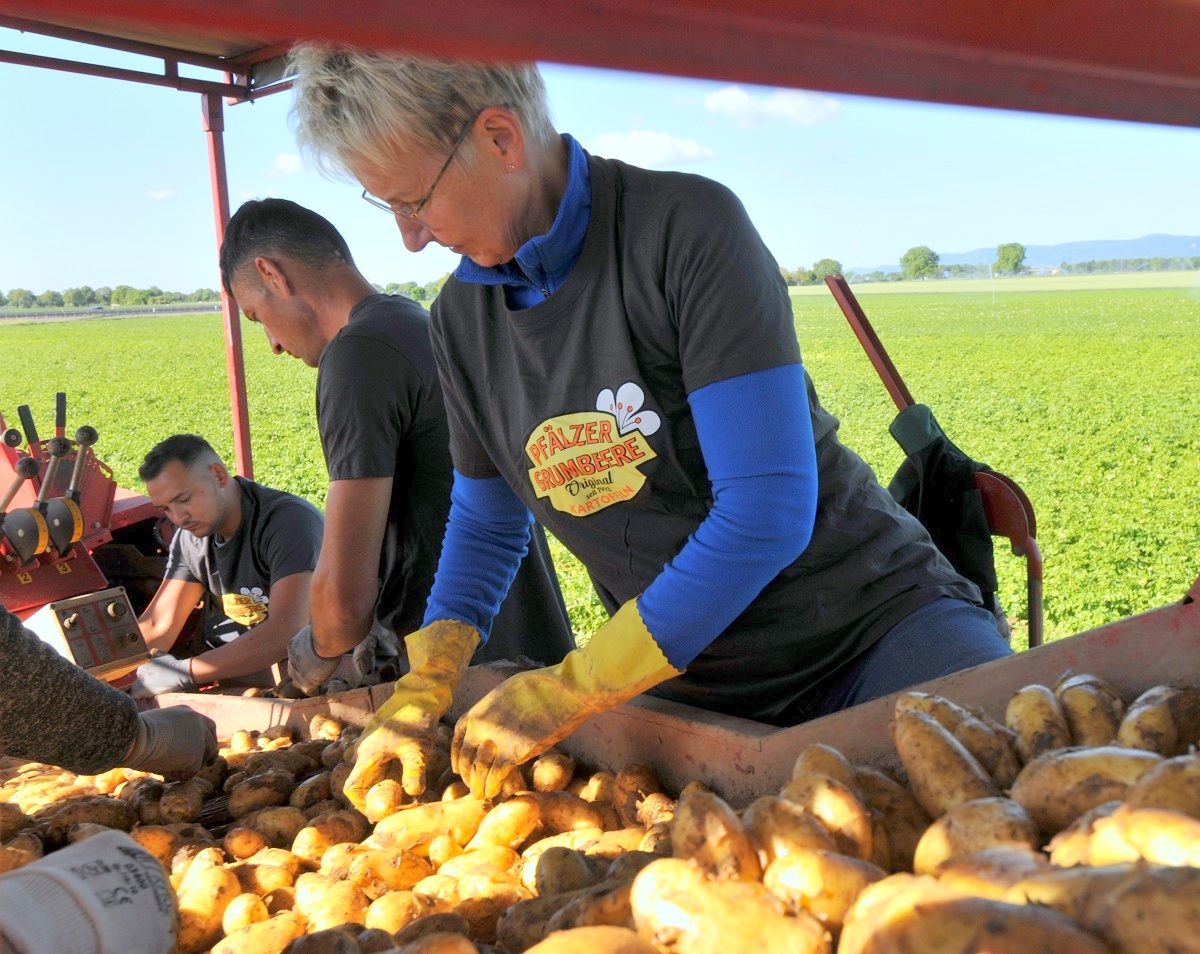 Variety trends
The standard assortment has remained the same as last year. In the Palatinate region, the trend toward firm-cooking potatoes continues, he said. "Boiled and fried potatoes are still very popular. What we are now bringing in in terms of creativity is, for example, ensuring more color variety on the plate by expanding the range of red-skinned varieties." In the early period, he said, they are dealing with a thin-skinned potato called Pellissimo, which no longer needs to be peeled because it can simply be cooked and eaten directly.

Development of member farms
"For reasons of age, some of the original 300-plus farms have ceased operations, while others have joined forces. Then again, there are also farms that can store their potatoes throughout the year and have expanded accordingly. In addition, some also often grow other crops after the potato harvest," Magin points out. Then again, there are enough young farmers who often use new technology to further develop potato cultivation. The preparation, sorting and packing of potatoes is almost completely automated these days. 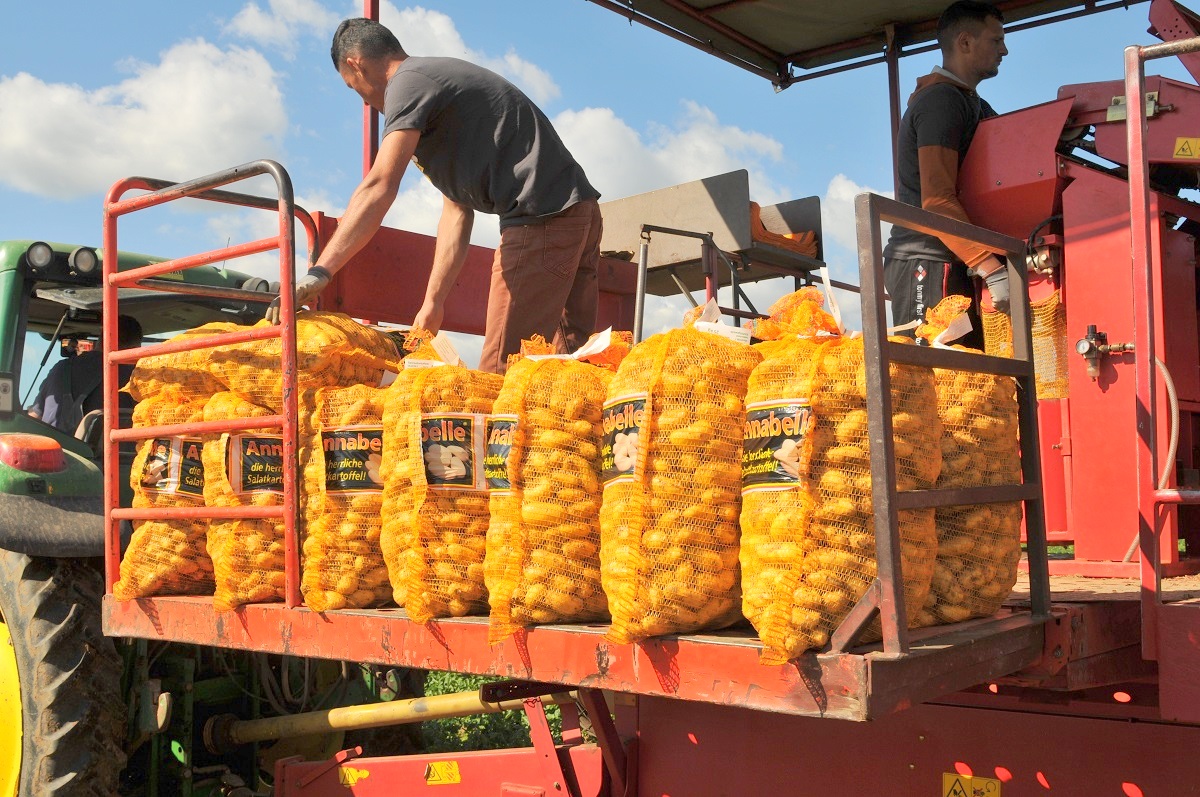 Finishing and further processing
"In the chip sector, we are of course strongly represented in the region by the Intersnack company in Frankenthal. There, we experiment with different varieties and work in combination with different spices. Because we are particularly early in cultivation and harvesting, we like to act as a gap filler in the chips area - between the old and new harvests of the major cultivation areas. This also applies when there are delays or shortages in other regions," Magin concludes.