"In Andalusia, 130 million kilos of carrots are being discarded due to lack of market options"

The worst possible prospects have become a reality this carrot campaign in Andalusia. After months looking after the plots, making investments at a time when the price of inputs has risen considerably, and allocating the necessary water from a basin in a situation of extraordinary drought, Andalusian growers have ended up plowing their fields, given the lack of buyers for their carrots, says Diego Bellido, of COAG. 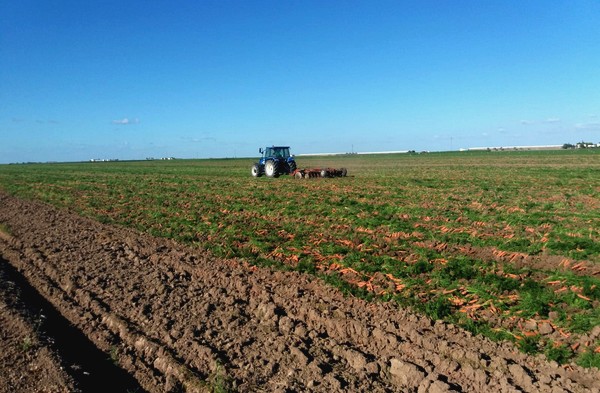 "The production of some 2,400 hectares out of a total of 2,600 has had to be destroyed. Until now, carrots had had a very good market, but this year prices have fallen to just 15 cents per kilo, of which the grower, discounting expenses, only receives between 11 and 12 cents," explains Diego.

"Unfortunately, in Andalusia we depend on Europe. Germany and the Netherlands, which are the largest consumers and producers of carrots, have had a good season. They don't wash the product there; they store it and release it as needed, so they haven't had to rely on imports. We haven't been able to export to the United Kingdom either given the whole Brexit issue."

"At 18 cents per kilo, carrots are already generating more expenses than income, and they are being sold at 15 cents; that is, below the cost of production, something that should not be allowed, according to the Law of the Agri-Food Chain. The Government is creating a law against food waste which will penalize, for example, restaurants that do not offer a container to take leftover food away, while it is allowing the destruction of nearly 2,400 hectares of carrots in Andalusia. Each hectare produces about 55,000 kilos, therefore, 130 million kilos of high quality carrots are being wasted just due to a lack of market options." 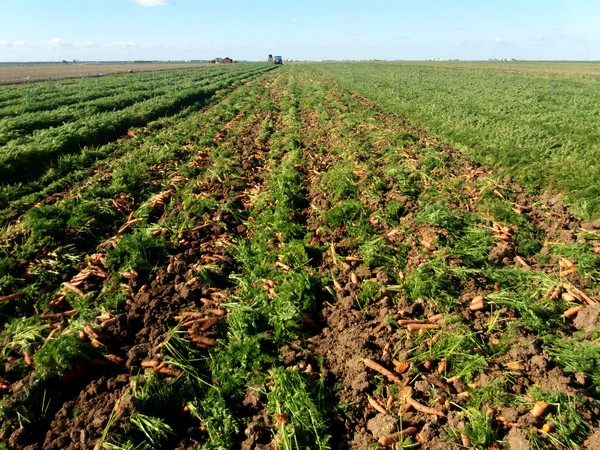 And this has been happening in a campaign in which agricultural work has become more expensive due to the rising cost of all inputs. Agricultural diesel alone costs 1.60 Euro per liter, recalls Diego Bellido. "The cost of production per hectare in a normal year is 3,500 Euro, but this year it has risen to almost 5,000, not counting the work of the producer and what the land is worth. Harvesting costs another 1,600 Euro, to which you must add the cost of washing. Producers are therefore bound to suffer huge losses and not even be able to harvest the production to which they devoted water resources that won't longer be available for other crops."

No tomato and bell pepper for processing
The latest spring rains should not lead us to forget that Spain in general, and Andalusia in particular, have gone through a winter described by the State Meteorological Agency as extremely dry. It has been the second driest winter recorded by the AEMET since 1961, which made it necessary to adopt measures to restrict water consumption. In provinces like Seville, the planting of important crops at both an economic and a social level was determined by this.

"Normally, about 5,700 hectares of industrial tomatoes are planted, and this year the area sown is so insignificant that it is negligible. The same applies to bell peppers for processing, of which about 700 hectares have been planted," says the head for the processing industry at COAG. "And we must take into account that, for example, the tomato campaign in the Lower Guadalquivir generates about 120 million Euro, 8 million of which go to wages, and bell peppers generate about 14,000 jobs that won't exist this year."

"This winter, agri-food companies have had to lease land outside Seville looking for water for their crops, and there is concern that these multinationals are pondering whether to continue working in the province, with all that that would entail." Diego says that "many growers are trying to decide whether to go ahead with the cauliflower, broccoli and other cruciferous crops because of the drought, and we have learned that land is already being leased for the next season even in the Lisbon area." 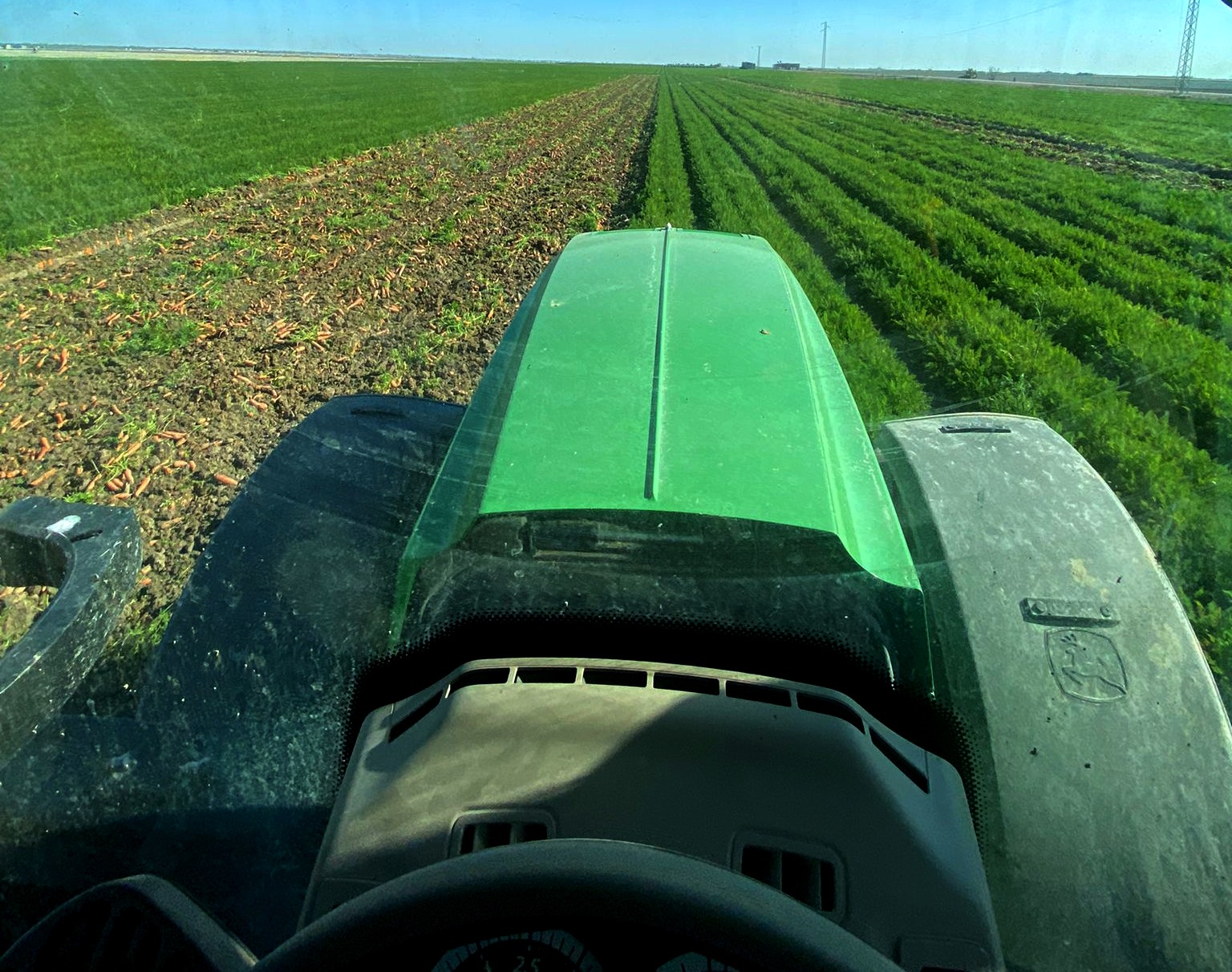 The situation of the carrot sector has therefore become even more desolate in a province that, despite being accustomed to optimizing water management, has suffered a shortage that has reached highly concerning levels.

"At COAG, we have been warning of this situation for more than a year. We have reported it to the media and even to the various political groups, but we have not received any response. Now the onion, potato and sweet corn campaigns have taken place at the same time, but when June ends, given the lack of industrial tomatoes and bell peppers and the carrot problem, there will be no work for day laborers in the province."

The price at origin of sweet corn increases
Sweet corn is a vegetable whose production is increasing in Seville and could become an alternative to other vegetables traditionally grown in the province which are going through difficult situations. "Seville, in fact, is the largest exporter of sweet corn in all of Spain. In the Lower Guadalquivir area, some hectares were already being sown, and this year the acreage has doubled. The producers are planting this product and discarding the summer crops." 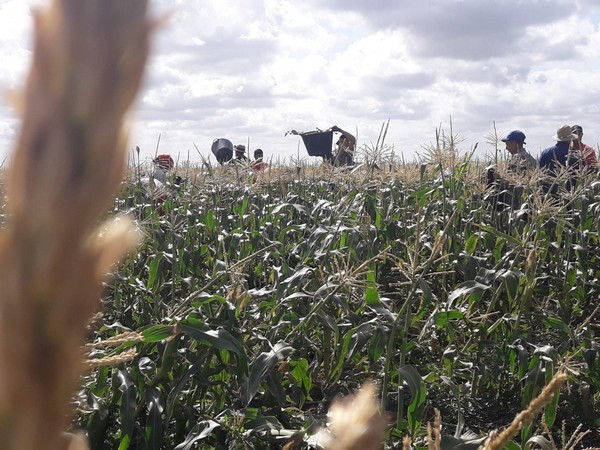 "Also, this year the price of sweet corn on the cob has gone up from the 9 cents paid last year to 12 cents," stresses Diego Bellido. 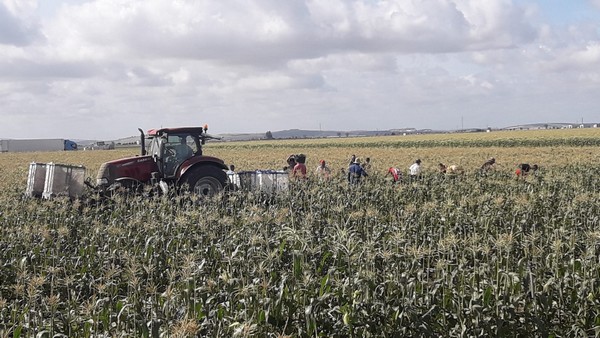