Manel Simon, Afrucat: "This aid is designed only for plants that have their own production base"

Manel Simon, director-general of Afrucat, the Fruit Business Association of Catalonia, said at the Association's Ordinary General Assembly that the Ministry of Agriculture had committed 10 million euro to aid fruit plants. 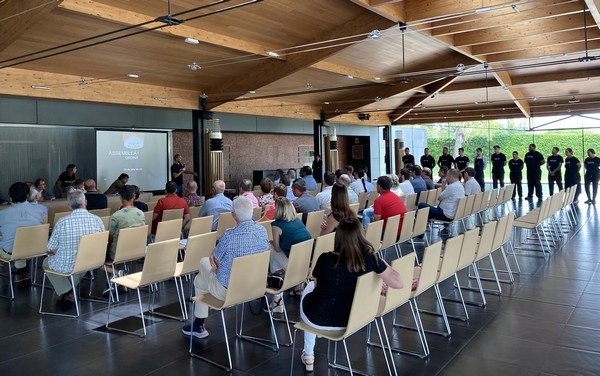 The ministry has asked the affected autonomous communities to contribute a similar amount. Carmel Modol, the Secretary of Food who was present at the assembly, said the council had the full predisposition to contribute this amount and has committed to close the conditions of the aid next week.

The president of Afrucat, Montse Baro, highlighted the government for their prompt response adding that the common objective must be to be able to support all the plants with a production base and ensure their future in the face of what has been a historical weather affectation.

Simon stressed that both the Ministry and the Department of Climate Action, Food, and Rural Environment have worked on the aid proposal using the model designed by Afrucat as a basis.

After the frost of April, Afrucat sent the Catalan and Spanish governments a proposal for an aid plan based on a study of the fixed costs that the companies could not avoid, even temporarily ceasing their activity. The study showed that many fruit plants were in danger of closing due to production losses.

Afrucat quantified the losses of the plants at 8 cents for every kilo of fruit that would not enter this year compared to a normal year. In order to carry out the calculation objectively, the association compared the average of the kilos that the plant had worked in recent years with those that it could work this year. If the decrease exceeded 30%, this plant was eligible to receive aid.

According to Afrucat's managing director, "this aid is designed only for plants that have their own production base and not for those that are dedicated exclusively to buying and selling. We've also proposed that the production decrease data be based on data extracted from the DUN and using the accreditations of the volumes that entered the plants this year."