Boey Tze Zhou is the founder of Eko Agro Biotech, a company that wants to use mushroom farming waste as an alternative to styrofoam. Styrofoam has become ubiquitous in the modern age of consumerism, but it contains toxic chemicals such as benzene and styrene. As these aren’t biodegradable they are bad for the environment.

After high school, he decided to study Agricultural Science at UPM, and his journey in growing mushrooms began. After graduation, Boey started a small-scale mushroom farm in a corner of his father’s small factory with RM20,000 accumulated from his savings, a prestigious award he received from the Anugerah Pelajaran Diraja at his graduation, and from his parents.

Presently, nine years down the road, Boey had built a thriving company that has become one of the main suppliers of oyster mushrooms in the northern region of Malaysia. However, as the company continued to produce more mushrooms for human consumption, he realised that the amount of agricultural waste generated by mushroom cultivation was also substantial. 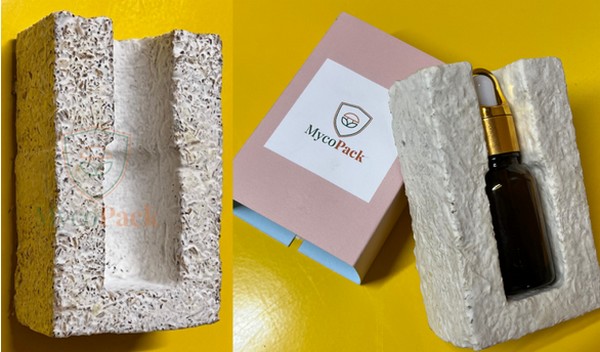 While Boey was studying at UPM, he came across information regarding the use of mushroom waste as a cushioning material for product packaging. Unlike styrofoam, mushroom packaging consists of 100% biodegradable and renewable material that can be disposed of in garden beds and flower pots.

It grows in a lab in only eight days, and absorbs into the soil in under two months. “It truly inspired me that mushrooms are not just food, but we can create a lot of good and greener products out of them,” said the founder.