"Demand for consumer packaging has skyrocketed," says Theo Hanenburg, Director of PIM Machinery. This Dutch company designs and builds weighing and packaging machines for the agro sector. Because restaurants were closed during the pandemic, fewer bulk packs were ordered, and supermarkets started to order more consumer packs. "We have machines for that and are developing more and more of them," Theo says. 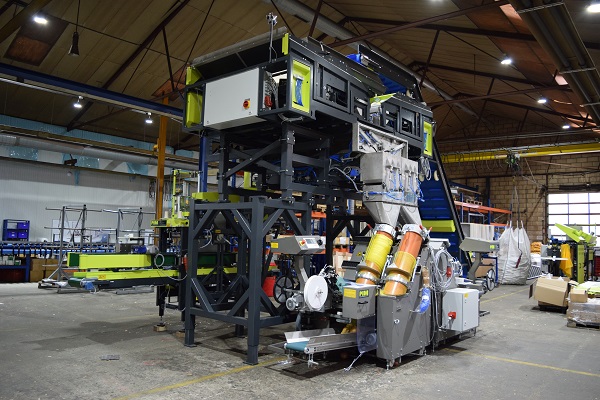 The onion packaging line PIM recently delivered to Shurpak, an onion packer in the U.S., is an example of such a consumer packaging-orientated machine. The company chose a 16-bin weigher, explicitly suited for small consumer packs. Theo explains that the machine can produce consumer packs weighing up to three kgs at a speed of 80 packs/minute. But, it is less practical to transport small bags separately, so the machine has a counting bailing line. This counts out 12 bags and transports them to another machine that packs them into a binder bag.

Weighing and counting
Theo explains you can use the consumer weighing machine to weigh and count products in small quantities. "You can, for example, make four-a-piece 1kg packs of onions." Yet, the machine can also pack more than 20, ten to 20kg, onions packages per minute. This packaging speed - among the fastest in the world - is important, says Theo. But so is the fact that this machine is self-learning. "During the packing process, the machine's software teaches what the best weighing capacity and distribution is over 16 weighing bins at a time."

Much attention was paid to weighing accuracy too. "The machine has a 0.5g weighing deviation; that's unique in the market. The scales' consistent, controlled settings make using check weighers unnecessary. More importantly, if you give away, say, 400 or 500 grams every time and in large quantities, it will cost you dearly. That's why it's vital that the machines are accurate and can weigh at tremendous speeds," continues Hanenburg.

Focus on the U.S.
The U.S.A. is a major sales market for PIM. Currently, the machine company has local service provider partners. When a new line is installed, PIM Machinery sends two of its people to oversee the work. The installed machines are also linked online to execute the start-up procedure and remote monitoring digitally. Theo says there is a huge agro sector technology know-how shortage in the U.S. That is why PIM is further orienting itself to that market. "We're busy setting up a joint venture or a branch office to add substance to our activities there."

Increased delivery times
The company is also active in other areas, like Western Europe, Africa, Australia, and to a limited degree, Russia. "We have contacts there and have an application pending where we're seeing if there are any opportunities there. We haven't yet had to cancel any orders." But rising electricity costs, and rising steel prices as a result of the war, are of far greater consequence than canceled Russian orders. PIM also faces all the other rising costs of things like transportation, electronics, motors, hardware chips, and shipping.

That causes not only higher prices but also longer delivery times. "The long waiting and delivery times - of sometimes more than a year - have a massive effect on the market," Theo says. By responding early to the chip shortage, PIM is now benefitting from accumulated stock. 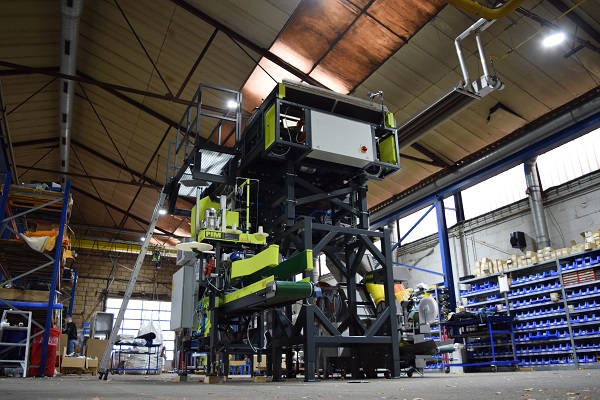 They also develop hard and software in-house, so they are not dependent on production from external parties. "That saves a lot of time. If you have to order parts now, there are longer delivery times. Our own production means we managed to keep delivery time delays reasonably limited. It used to be 2.5 to three months; now it's between three and four months," he concludes.