Christina Gogeff at the start of the Bavarian cabbage season:

Despite the dry winter and the resulting excessive irrigation, Gogeff, a traditional Munich-based company, was able to offer the first pointed cabbage from its open-field production at the local wholesale market on May 18. "Demand is good, certainly as the harvests in the southern EU countries are coming to an end. So local pointed cabbage is meeting a somewhat empty market," says Christina Gogeff, who has been running the company since the turn of the year.

In addition to pointed cabbage, the company also markets savoy cabbage, cauliflower, broccoli, kohlrabi and lettuces from its own fields. "What we can't produce ourselves, we source from surrounding growers, which is why we can carry a wide range of local vegetables, even in our early offerings," Ms. Gogeff continues. For certain items, such as pointed cabbage, she says demand can already be met 100 percent through their own produce.

Fresh pointedcabbage from the new harvest

Quality problems with kohlrabi
Although early pointed cabbage tends to be somewhat smaller in size, the quality has been quite good so far. Gogeff: "We sometimes have problems with slugs eating our crops, which is particularly noticeable with kohlrabi. Due to the higher percentage of non-pristine produce, in some cases we have to drop our prices." This problem tends to be less noticeable with other open ground vegetables. 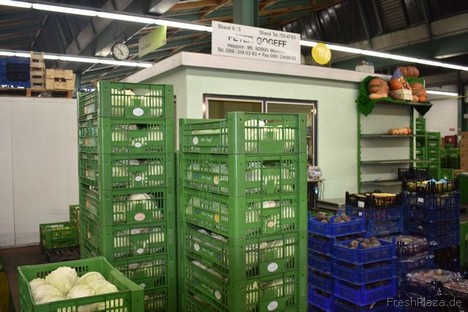 The Gogeff family is one of the long-established players in the Munich gardeners' hall. In its 75th anniversary year, Peter Gogeff passed the baton to his daughter Christina, who is from the 4th generation of managers.

Cost increases only partially enforceable
The bulk of the domestic open ground vegetables are marketed via stand sales in the Munich gardeners' hall, mainly to market vendors and specialist retailers. The wholesale market clientele is completed by caterers and bulk consumers. At the Gogeff company, too, they are looking with concern at the omnipresent production cost increases.

"Fertilizers in particular, but seeds and mineral oil products as well, have become more expensive. Although the additional open-field costs are more manageable compared to greenhouse crops, this phenomenon is giving us a hard time in all areas of vegetable production. Even if there seems to be some acceptance on the part of the customer, the additional costs can unfortunately only be partially passed on," Ms. Gogeff adds. 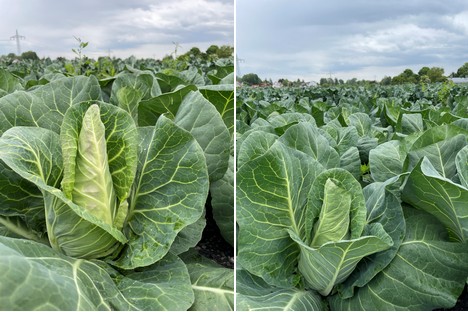 Nevertheless, all other omens for this year's open-field season are quite positive, she emphasizes. Cabbages in particular will probably be available until the end of December. "Savoy cabbage is cut and delivered fresh. In a good year, these are is available until January or February. Whites, reds and broccoli can also be offered until Christmas. Pointed cabbage, on the other hand, is more sensitive to frost and, compared to white cabbage, is difficult to store because of its sweetness, as its quality degrades quickly. But last year, we managed to offer this type of cabbage until winter as well."