One of Australia's leading organic carrot growers says that the warmer than usual autumn has led to crops maintaining a better-than-expected growth rate.

Arahura Farms grows carrots, beetroot and celery all year round, running around 650 acres across two sites in the Swan Hill region of Victoria. General Manager Sean Croft added that it has been a pretty mild summer but we have had a lot more rain than usual.

"It has made access to paddocks for weeding and root crop harvesting a lot more challenging as the windows to get in and harvest have been a lot smaller," he said. "But overall, growing has been pretty good. This time of year is the most challenging as far as weed control goes though. Winter grasses tend to explode as soon as the conditions are right and it's very expensive and labour intensive to get it under control. They very quickly overcome carrots which cannot complete, so it’s a high-risk time of year for us in that regard." 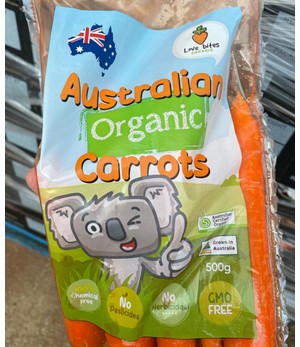 Carrots are the company's main product, growing for around 60 tonnes per week, including two varieties throughout the year with one sown around April to avoid the bolting season.

"We sell mostly across Australia via the supermarkets and under our Arahura brand, but we also pack under our "Love Bites organic” brand which is primarily focussed on export," Mr Croft said.

However, on the demand side, Mr Croft explained that consumer sales will increase as retail prices come down.

"Being probably the largest grower of organic carrots and having the capacity to supply reliably every day means we probably aren’t seeing the growth that other organic lines might be currently seeing," he said. "Whilst there is some growth, I think it is more due to retailers getting on board and it is available to more consumers, in more places, more reliably. One of the biggest problems we are seeing is the price gap between the farm gate and the consumer. I think the more commercially minded organic growers are doing a great job at trying to offer a good price, but unfortunately, that is not often enough passed to the consumer in the current supply chain setting." 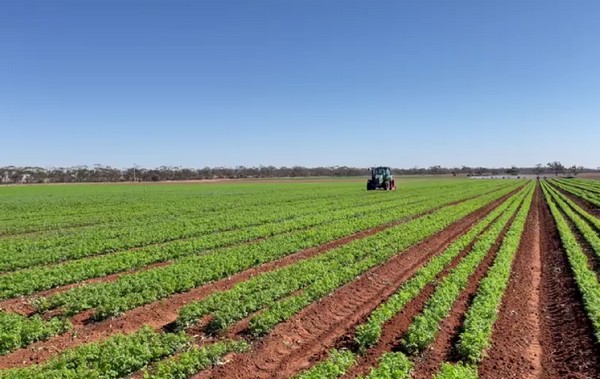 Mr Croft says the company also produces celery and beetroot all year round. Arahura Farms employs more than 50 people across the business and operate their own trucks and refrigeration to deliver their produce. 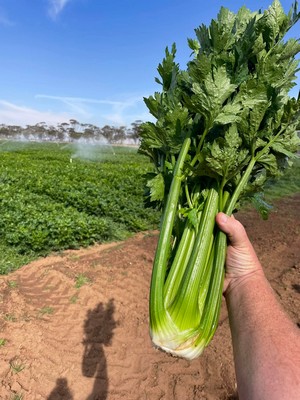 "Celery is a relatively new line to us and we started with 10,000 seedlings per week three years ago and we are now averaging around 50,000," Mr Croft said. "Celery has been a good fit for us with our rotation, weather and soil types. It's defiantly a growing line for us and is complimenting our carrots in the export market well. In addition, we grow around 10 tonnes of beetroot per week, it’s a pretty stable line, something that we have always grown. I think it has become more popular over the last few years with its health benefits becoming more widely known, especially in the juicing category. It cost a lot of money to have all the gear when it’s probably not quite warranted on a spreadsheet, but it ensures we go the extra mile for our customers and supply them the best."