The acreage devoted to melon and watermelon cultivation has been reduced in Spain this year; something that, together with the low yields per square meter due to the impact of excess rainy weather during the weeks of planting, flowering and fruit setting, has led to volumes being too low to meet the good demand recorded since the beginning of the season. 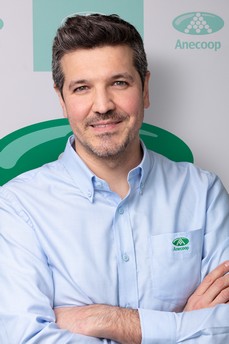 "Many growers were discouraged to plant more melon and watermelon after last year's poor results. At the time of planting, they were also faced with more water restrictions and much higher costs compared to the previous year," says Carlos Nemesio, commercial manager of Anecoop's Watermelon Program. "While the acreage reduction is more noticeable in the case of melons, in watermelons it ranges between 7 and 15%, depending on the producing area."

"Besides the reduction of the area devoted to watermelons, the weather conditions have been horrible from late February to early May, with cloudy days and abundant rainfall. In fact, it has been the wettest year in the last 30 years, especially in the month of April, when the same rainfall was collected as in eight months of the previous year. The adverse weather conditions have affected the pollination, fruit setting and fruit formation, which has resulted in lower volumes, an abundance of small sizes and very irregular internal quality, with fruit at different stages of ripening in the same batch," says Carlos Nemesio. "While the average yields in Almeria usually reach 5 kg per square meter, so far we have been harvesting between 2 and 3 kilos per square meter, to which we must subtract the percentage lost due to quality problems."

According to Anecoop's product manager, the demand has been very high since the campaign started thanks to the good weather in most European countries, which, given the scarce supply, is causing tension in the markets. "The demand is high and there is too little supply to meet it, so prices are quite high and there is a lot of tension. Prices are more than justified - around 1.10 € per kilo for packed fruit, almost double the usual prices at this time of the year - due to the shortages." 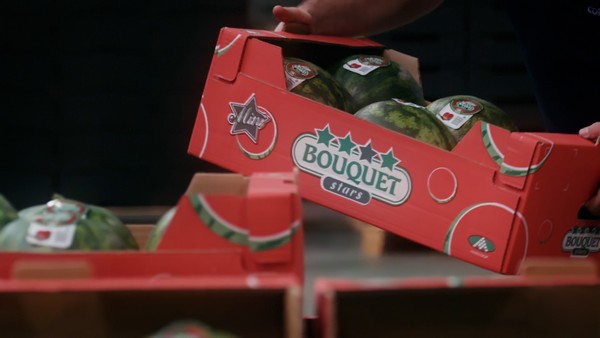 While there is usually some overlap between the end of Almeria's harvest and the beginning of Murcia's, this is not expected to happen this year. "Murcia is arriving late and will have about 40% of the usual watermelon supply, and although it will overlap somewhat with the end of Almeria, the current gap between supply and demand won't be filled. At the moment, Spain is the only country in the Mediterranean basin capable of supplying watermelons, but from mid-June there will start to be supply from Turkey, Hungary and Italy, whose forecasts are normal. From that time onwards, European markets will be able to resort to these origins and, although we don't have as much production in Spain, prices could suffer due to competition from these countries," warned Carlos Nemesio.

Prices remain high and the watermelon supply is not expected to stabilize until mid-July, when the open ground production starts in full. At the moment, most European shelves are still relatively empty of summer fruit and this reaches high prices.

Anecoop expects to sell around 150,000 tons of watermelons this season, coinciding with the 30th anniversary of its Bouquet seedless watermelons, which are currently mainly intended for the markets of France, Germany, the United Kingdom, Spain, the Nordic countries and Poland. 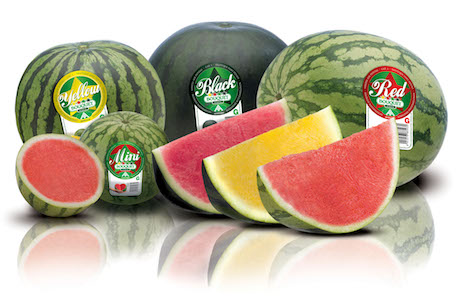 "When Anecoop started this project in 1992, watermelons were un unpopular product in Europe, with little commercial value and not at all as consumed as today. Our seedless watermelons were a revolution for this category and have been setting the trend until now. The steps that have been taken in varietal improvement have allowed the demand for watermelons to become even greater than that of melons. It is currently a product with a higher yield per hectare for the producer, and its qualitative leap has made it more attractive to the consumer, thereby better meeting the needs of the market," says Carlos Nemesio.

"Today, it is difficult to find seeded watermelons on European shelves, where seedless watermelons reign, with the exception of markets such as France, which, due to its ties with Morocco, still imports quite a lot of watermelons from this country. Our sales to the domestic market account for about 20% of the total, while the rest is exported to EU countries."