World pressures, cost increases and how to produce apples better. These were some of the topics touched up on Hazel Technology’s virtual Apple Quality Summit yesterday as the industry looks ahead at the 2022 season.

Desmond O’Rourke, founder and principal at Belrose, Inc., began the summit by looking at some recent developments in the apple industry, starting with overall production.

As he notes, world apple production grew fairly rapidly until about 2014. “It’s been relatively flat since, mainly determined by the growth of production in China,” O’Rourke says, noting that exports also grew fairly steadily until 2017 and have also since fallen.

In U.S. production, O’Rourke addressed another development seen in apple producing states such as Michigan, New York and Pennsylvania. “They were heavily involved in apples for the process market and became much more focused on the fresh market. For each of those states, there was a substantial increase in production in the past 10 years while Washington remains at 80 percent fresh production,” he notes. 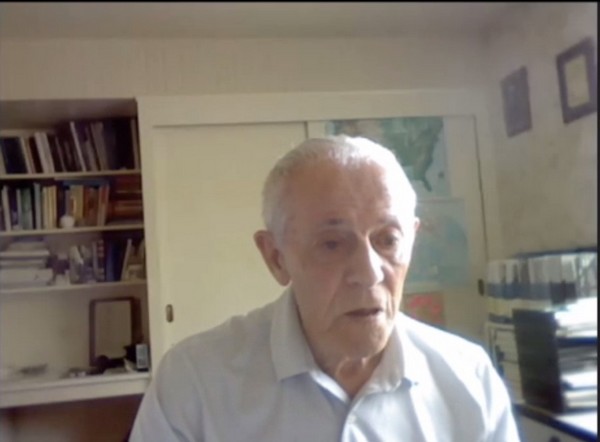 Apple demand trends
And demand on apples? O’Rourke says real retail demand in the U.S. peaked in 2015 and has been on a downward slope since. “For Washington, the peak was in 2014 when 91.6 million boxes of fresh were sold in the domestic market and about 50.6 million were sold in the export market. That was the peak in exports,” he says. “In this current season, I project that domestic sales would the same as they were in 2014. But export sales will have fallen by about 40 percent, again reflecting the tougher conditions in the world market.”

Indeed a number of factors are influencing global apple movement such as the global debt crisis, the influence of Russia’s invasion of Ukraine on food trade worldwide and domestically, O’Rourke points out that neither the former U.S. administration nor the current one have been key promoters of agricultural trade.

Meanwhile domestic apple producers are seeing a number of trends that directly and indirectly affect them--everything from marketing agreements that span not only states but countries to retailers starting to resist apple variety proliferation and at the same time, demand more from growers. “Retailers have long demanded sustainability, traceability and more. But now they want comprehensive policies for the environment--it’s much more demanding,” says O’Rourke.

Food shopping is also evolving. Not only have consumers adapted to online shopping but they’re also demanding more of food suppliers. “Quality expectations have become much higher for all products and activist consumers are questioning supplier behaviour more,” he says. Demographics behind those consumer trends are also shifting. “Married couples with two kids are now a small minority. The newer household formats are much more difficult to predict, particularly with blended households.” 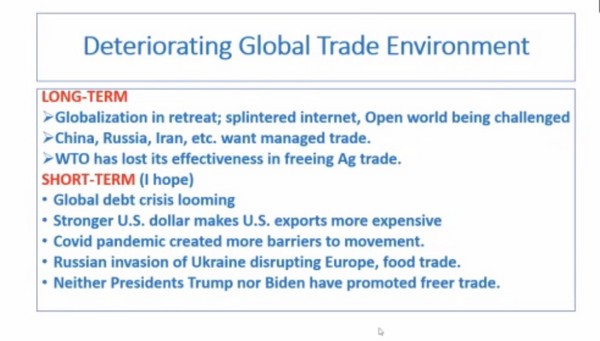 Structural changes ahead?
Looking ahead, challenges certainly loom--internationally with continued geopolitical tensions, to domestically with sluggish per capita apple consumption and more. “Costs are tending to rise but demand is not driving prices up. I also see structural changes ahead as the industry tries adapting to this cost and price squeeze,” says O’Rourke.

However, opportunity for apple demand could be revived. “The best opportunities for growth are in the North American market. But the industry needs to get back to marketing fundamentals. That means having the right product at the right price to push the right promotions. That means tailoring your product to meet the needs and wants of different consumer segments,” O’Rourke says, noting for example that there’s high interest in organic apples. “However many consumers have the conflict between their social conscience and the high prices. They’d love to buy organic but they can’t afford it.”

The key to the future? “Promote, promote, promote. We have to keep telling our story to the world because so many competing products are telling their story,” says O’Rourke.

The session then turned to an apple grower round table where growers discussed advancements they’re seeing in their apple production.

And that starts with advancing production technologically. As Dano Simmons, owner of Ohio-based Peace Valley Orchards notes, it’s planting new plantings on trellis systems, yet are also still spacing out plantings five feet apart. “We’re land rich so we’re not as concerned with planting trees as compact as researchers tell us to,” he says. 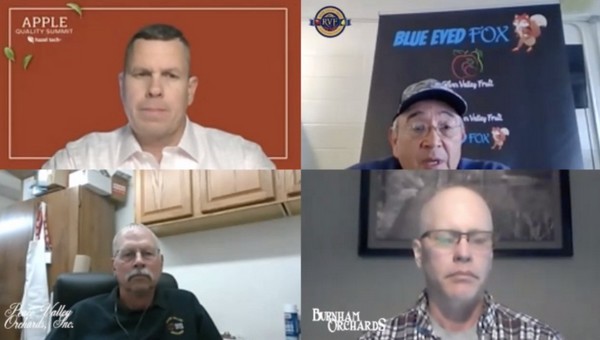 The focus on apple quality
However there are other technological developments for Peace Valley’s production. It’s using the Hazel post-harvest sachets in its bins of fruit to protect product, as well as starting to work with row reflective coverings at harvest to try increasing color. “There’s a research group giving us a lot of ideas for growing practices on how to increase fruit set and quality. We’re paying attention to everybody and looking ahead,” Simmons says.

Yet, as Art Varela of Washington state-based River Valley Fruit points out, one element of production it’s working on is thinning. “We’re dealing with thinning issues right now. You can chemically thin but that doesn’t discriminate. Or you can hand thin, but that’s very very expensive,” he says. “Bigger growers can spend that kind of money while smaller growers are going to get hurt.”

Simmons also touched on thinning. Recent weather trends of warm days and cooler nights affected some of his crop’s blossoms, largely on its Gala trees. “We’re still going to have a Gala crop but we won’t be able to chemically thin it because it took off blossoms and all we had left were later blossoms,” he says, noting its Honeycrisp, EverCrisp and later varieties weren’t affected. “But there’s going to be a lot of hand thinning this summer. And chemicals are a lot cheaper than labor at this time. In Ohio, it’s $16/hour wage and that cuts in pretty hard to the bottom line,” he says.

Meanwhile Joe Burnham of Burnham Orchards, also of Ohio, talked about how it is looking into artificial intelligence (AI) to help with orchard management. “One system we’re looking at has an AI system to evaluate fruit size distribution in a bin. You take pictures of different lots of fruit and have a good idea of what your fruit size distribution is so we’re considering that,” he says.