While last month, the Port of Long Beach saw its most active April and continued to set a streak of single-month records set in 2022, produce was very much a part of that.

In April, the Port of Long Beach had a roughly 277 percent increase in imported cargo containers carrying edible fruits and vegetables in compared to April 2021.

Lee Peterson, Port of Long Beach media relations manager says the POLB imported more than 5,000 twenty-foot-equivalent units (TEUs) of fruits and vegetables last month. That’s up from nearly 1,800 TEUs in April 2021, and was largely driven by an influx of grapes arriving from China, Vietnam and Thailand. 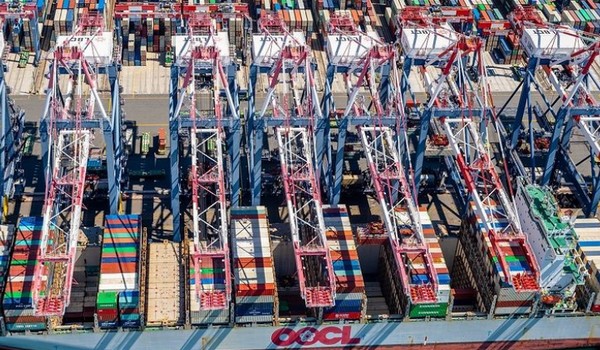 “Cargo continues to move at a record-setting pace and may not slow down anytime soon,” said Port of Long Beach executive director Mario Cordero. “We are preparing for a likely summertime surge as China recovers from an extended shutdown due to COVID-19. Shippers are quickly moving imports and empties from the docks, terminals are staying open longer and we are working to finalize our new Supply Chain Information Highway data tracking solution.”

Planning ahead
“We are working closely with our industry stakeholders to quickly move the cargo off our docks and make room for the next wave of containers,” said Long Beach Harbor Commission president Steven Neal. “As the supply chain continues to catch up, the Port of Long Beach will continue to serve as a reliable partner in trans-Pacific trade.”

The Port has also withheld the start of a “Container Dwell Fee” that would charge ocean carriers for containers that remain too long on the docks. The San Pedro Bay ports – Long Beach and Los Angeles combined – have seen a 50 percent decline in aging cargo on the docks since the program was announced on Oct. 25.

Shippers anticipate to be busier than usual when pandemic-induced shutdowns are eventually lifted across China. Additionally, retail activity is leveling out due to inflation, but consumers are reshuffling their household budgets to allow for more spending on entertainment, restaurants and other in-person services.