"No matter how much we want to plant, there's a huge demand, and it is still going to sell out"

A Western Australian pomegranate grower was unable to keep up with the huge demand for the fruit in its first season of commercial production.

Co-owner of Gingin Pomegranates, Bassam Al Haify says that due to some unfavourable weather events volumes were lower than initially hoped for, but the quality was still very high.

"It wasn't a bad season, but we did have an issue with the rain, meaning some of the fruit split," he said. "We expected to get more fruit, but in November we had a bit of rain that affected the setting of the fruit. We still were able to pick around 4 tonnes of pomegranates. The feedback that I had was all amazing, everyone was satisfied. The comments on Facebook were really good; they were amazed at how much juice the fruit had and the taste because it's fresh. It's not like it is frozen or imported from countries like America, where our pomegranates often come from, and it takes two months to get here." 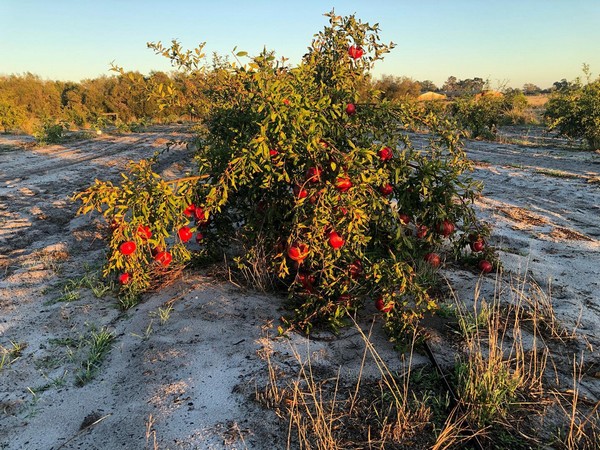 The harvest season lasted just over two weeks from mid-April until May, and while the fruit is now all sold, Gingin Pomegranates is still getting calls asking for more supply.

"No matter how much we want to plant, there's a huge demand, and it is still going to sell out," he said. "We were approached by markets in the eastern states of Australia, like Melbourne, to buy my produce, but I just don't have enough to supply them. People love it because they can do so much with the fruit; you can eat it as it is, you can make it into a concentrate, a juice or salad - and even take the arils out and sell them separately. But in terms of demand, I barely had enough to supply Western Australian markets." 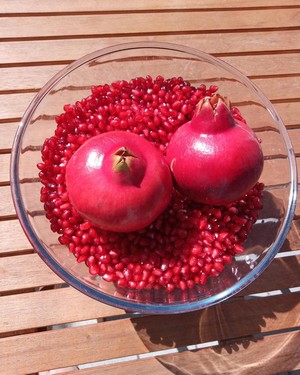 The orchard is based at Bambun in the Gingin shire, less than an hour north of Perth in Western Australia, and offers Pick Your Own (PYO) experiences for customers. Mr Al Haify says the farm is 180 acres, but pomegranate production only takes up 20 acres at this stage, with nearly 4,000 trees. He would like to plant more to meet the demand, but at the moment challenges with attracting labour are holding the business back, given it is just Bassam and his brother Ali Alzoubaydy running the farm.

"Initially, when we bought the farm, we wanted to plant dates, but that takes about ten years to fruit," Mr Al Haify said. "So, we wanted to plant something that takes less time, so that we have some income. But the main reason we chose pomegranate is that less than one per cent is grown in the southern hemisphere - so there is a huge market. We also want to export to the northern hemisphere too in the future. There are also a lot of health benefits of the fruit, it has a lot of antioxidants. When I opened up the farm for PYO, people were amazed that they could pick the fruit. We were cheaper too, compared to elsewhere in the market. Our weather here is similar to the Mediterranean, so it is hot and dry which is what the pomegranates like. However, sometimes we have rain, like this year, and the fruit splits." 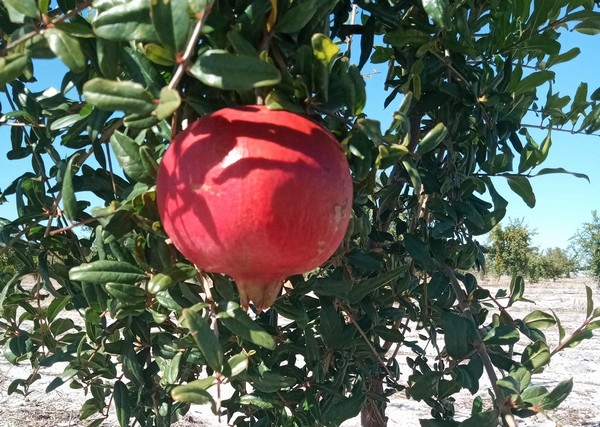 Gingin Pomegranates produce four different varieties: Gulosha Azerbaijani, Wonderful, Acco and Rosavaya - and some are more susceptible to weather damage than others. With the exceptionally high demand for the fruit in Australia, Mr Al Haify is encouraging more growers to plant the fruit, because there is a market.

"There are quite a few farms here in Western Australia; one down in the south near Albany, another one in Gingin, and another further east," he said. "So, there are a few, it is a growing industry - and the fruit doesn't meet the demand, so we can grow a lot more. The good thing is that when we have our season here in Australia, the northern hemisphere is in the off-season, so we can jump on that market as well. There is a huge demand. I encourage anyone where the weather permits, to do some research and consider growing it."