Can the vegetable greenhouse chain bear the increasing costs?

Who will carry the increasing costs? That is what everyone in the greenhouse vegetable market wants to know. At the start of this new season, no one really had an answer, although, for now, growers seem to be saddled with it. What is clear is that this situation will not last very long. Will the sector take a united stand? Who knows. 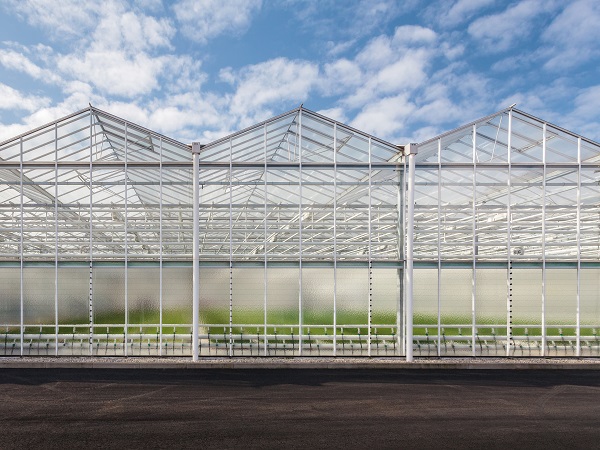 Cucumbers kicked off the Dutch greenhouse vegetable season in late January. Other products like aubergine, courgette, bell peppers, and tomatoes followed. Those who don't know better would say nothing is amiss in this sector. However, behind the messages of crisp, healthy produce lurks a deeply concerned sector. This year, more than ever. The distress call that four out of ten Dutch growers are in dire financial straits was finally heard in late March. Belgian growers are in the same boat, as are those in many other countries.

The sector has been in trouble since the autumn. The first growers ran into problems as soon as energy prices started to rise. They stopped crops early, and greenhouses remained empty (for longer). Some gave up altogether or sold their greenhouses to (ornamental plant) colleagues. This winter, only about half the usual tomato volumes were grown under lights. If not due to empty greenhouses, then because of more economical lighting and heating. Cucumber production, now increasingly a year-round crop, also declined significantly.

Too pricey
In mid-April, these repercussions are still evident in the market. Many growers are still struggling to farm differently out of necessity. That is decreasing production. Because that which you do not put in, you do not get out. The new greenhouse vegetable season began more slowly, with higher prices. In early April, tomatoes were being sold at never-before-seen kg prices. Prices are far above the averages of recent years, though costs, too, are much higher. In March, Dutch tomatoes sold for twice as much as a year earlier. That just goes to show how unusual the current market situation is.

Growers who have produce early in the season can usually count on nice prices while there is still a limited supply. Greenhouse-grown produce is in demand at this time. That also applies to export countries, where little or no own product is available early in the season. While, with much care and skill, heated, lit greenhouse cultivation is already possible. This year, these growers were forced to enter the market later and missed out on that advantage.

The same goes for traders. For them, the lower volumes at the start of the season have complicated exporting. Day-traders are particularly hard-hit, as told at the recently held international horticultural trade show, Fruit Logistica. Less product means less to send overseas. This is even before considering transport costs, which have also risen sharply, that still need to be added.

In the weeks leading up to Easter, cucumber, aubergine, vine tomato, and other prices rose sharply. That, while the prices, especially for vine tomatoes, were already high. That did not sit well with day traders. High prices are good, but, according to the market, the levels at which tomatoes were traded before Easter made day trading challenging. Traders would like prices to drop slightly. TOVs at around €2.50 are 'too expensive to do any good.'

Cucumber and aubergine prices of more than €1 in the week before Easter are also highly unusual. The big question in the market is what will happen after Easter. At the time of writing, it is thought that produce will probably flood the market; due to farmers postponing cultivation and adjusted cultivation schedules. Then, the law of supply and demand will prevail, cost crisis or not. The fear is that prices could collapse, while it is precisely now that good prices are so welcome to cover some of the tremendously increased costs.

At what price are you supplying?
These costs are still a topic of discussion, even now that parties have concluded this season's sales contracts. If not for this season, then for winter. On the buyer's side of the chain, growers and growers' associations want to know: at what price are you supplying? On the growers' and producer organizations' side, it is: are you fixing costs for an entire season? Or are you including flexibility, so prices will reflect costs possibly rising further during the season (or fall, although that seems unlikely)?

In the latter case, major supermarket chains are specifically being considered. Can, and will, these major greenhouse vegetable buyers pay more for good, sustainable Dutch or Belgian greenhouse products? That is what growers understand. More and more people also seem to be aware that price hikes are unavoidable. But that does not alter the fact that every cent is considered when raising prices. Recently, in a Dutch television program, a supermarket manager mentioned that they would prefer to raise prices by €0.10, not €0.15, to cover costs. Growers and producer organizations, meanwhile, are pointing out that supermarkets 'are not taking a stand.'

Those same growers' associations currently determine their own and their growers' situation. They are doing calculations per product. For every tomato variety, they are seeing what different gas prices will yield per product; for some growers with fixed gas contracts, that entails a gas price of about €0.80. The increased gas prices are not (yet) affecting them. But some growers do not have favorable gas options or have abandoned their contracts.

Others have to heat their greenhouses at daily gas prices or only have boilers, not cogeneration systems. These growers face very different energy costs. In the run-up to Easter, the gas price hovered at roughly €1/megawatt hour. In the current market, no calculations can justify a long-term crop at these gas prices, especially not for lit winter crops. Decisions will have to be made about this in the coming months.

Certainty about costs
It is primarily the uncertainty about gas prices that are calling into question how profitable greenhouse farming is in Northwest Europe. In 2021, energy costs made up more than 25% of all costs incurred by Dutch greenhouse growers. It has been impossible to gauge the highly volatile gas prices in recent months, even before the war in Ukraine began. Then you have to ask: will fixing gas prices solve the problem? In France, the idea of fixing the gas price at €0.70 has been mentioned. That would give growers a known cost to reckon upon. The European Commission has stepped in.

Because of the 'unprecedented situation,' it has provided member states with far more access to state support. That gives countries the chance to compensate, say, gas-intensive sectors like greenhouse horticulture. Whether individual member states will do so and to what extent remains to be seen. The Dutch government's measures are expected later this month. The Netherlands is not known for quickly choosing state support, so expectations are tempered even before the steps occur. Intervening in the energy market by fixing the gas price is not immediately expected.

Whether fixing prices provides a solution to the bigger picture is also debated. Higher costs will likely have to be considered in the future. And, in time, the costs involved in growing crops gas-free; something that is already being looked into. The sector is also working hard on becoming more sustainable, as is continually emphasized, and it is already taking the necessary steps. Dutch growers, for instance, are sticking their necks out regarding geothermal energy and are managing their own systems. The New Style of Growing, a cultivation method that focuses on high production with lower energy consumption, has become established over the past decade. However, increasing sustainability is not free. It demands investment and other costs.

In the short term, it is important that growers can keep growing fruit, vegetables, flowers, and plants profitably for general consumption. So, no ornamental plant cultivation for a while - as the Dutch government suggested - was met with disapproval and outrage. Government bridging loans can help growers survive these difficult times. However, growers, sometimes generations of them, do not want to be staring at an empty greenhouse. Or run a cogeneration plant to generate electricity to feed back into the grid. This is a nice source of income for some growers now that gas prices have also pushed up electricity prices. But, just like their fellow growers who do not have this advantage, they would rather be cultivating vegetables, fruits, flowers, or plants.

Passing costs on
To keep doing that, growers must be able to (partially) pass on the increased costs of not only gas. That is what everyone in the chain is talking about and has been for months. It is challenging because, despite all the consolidation, the chain remains very fragmented. This does not help achieve better prices for greenhouse products and makes presenting a united front difficult. It is not for nothing that producer organizations are strengthening themselves by merging and/or increasing their acreage by binding new growers. The idea is that if you are sizable, you are stronger. Yet, everyone also seems to realize that, in the end, consumers cannot bear the brunt of the sky-high costs, which climbed rapidly and highly explosively.

This crisis affects everyone. People are turning the heating down in their homes, and more and more families are forced to tighten their belts. So, charging €2 for a cucumber to cover costs would be too much. Nor would it benefit the Dutch market position with international competitors, where cultivation is less gas-intensive, labor costs are lower, and tomato and pepper quality is better. The Netherlands could price itself out of the market, and (cheaper) imports could replace local products. That already happened in the winter. Since the Dutch greenhouse production was so much lower than usual, it could not be helped. Dutch farmers could grow crops further south, which would please supermarkets that prefer receiving products from a single supplier year-round.

Even if cucumber prices did not reach €2, everyone in the chain will probably still have to pay for the current crisis in one way or another. If not by cucumbers or tomatoes becoming (much) pricier, then via increased taxes to fund the additional government support. Compensation was eagerly sought, even during the pandemic. Since inflation is rising, it seems inevitable that everything will become more expensive.

How much more expensive is the question. The sector urgently needs clarity and perspective, sorely missing in the current uncertain market climate, preferably before the winter season. Growers and traders will focus on this in the coming period, just as they will on bringing this unusual, post-COVID-19 greenhouse vegetable season to a successful conclusion.