What are the expectations for this season?

Argentina’s lemon harvest has kicked off

Argentina is ranked as the world’s largest lemon producer with the state of Tucumán in the north growing almost 90 percent of the country’s production. Lemon harvest started the first week of April and is expected to run until August. Favorable weather conditions throughout the growing season allowed the harvest season to start on time. “The groves show healthy trees and based on the fruit set, we are expecting a high-quality crop,” says Mariano Sangronis, Commercial Manager and Head of Citromax’s Fresh Division. “We are anxious to see the first lemons make their way through the packing house in the coming weeks.” Last year, the company produced more than 18,000 pallets of fresh lemons.

In an effort to continue increasing quality standards and stay on the path of efficiency and cost savings, Citromax installed new and advanced sorting technology in its Tucumán packing house two years ago. The optical Sunsort® lemon-grading technology equipment from Sunkist analyzes for quality attributes like defects, color, size, and shape. “We continue to invest in technology as it is a key factor in offering premium product.” 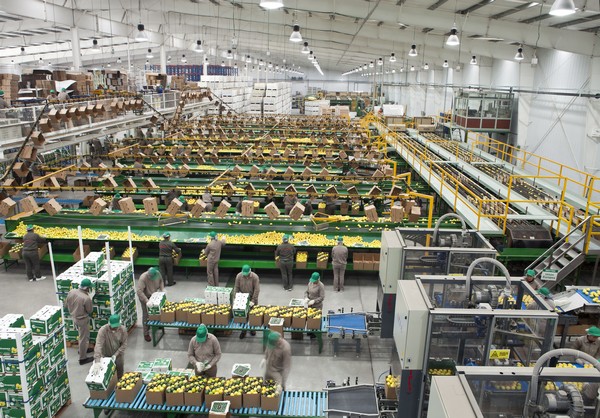 Other growing regions
At the moment, the northern hemisphere is still harvesting lemons with stable production volumes. In the United States, districts D1 and D2 in California’s Central Valley and Coastal Region are still going. “I expect their season will run until late June,” said Sangronis. “Argentina production complements the United States summer gap and provides consumers with a fresh product during California’s off-season.” According to Ailimpo, a branch organization for lemon production in Spain, production in the Southern European country is down 20 to 25 percent from last season. The Verna lemon is most heavily impacted by the loss in production, which is expected to result in an earlier finish of Spain’s season. “We are hopeful the transition between the northern hemisphere and the southern hemisphere will take place in mid-May for Europe.”

Export growth
Citromax has been able to expand its lemon exports worldwide in recent years. Some of the main regions of destination include North America, Europe, the Middle East, and Asia. The company’s presence in China and Southeast Asia has significantly expanded since the Chinese market opened up for lemons from Argentina in 2020. “Last year, we were one of the most important suppliers of lemons from Argentina to China,” mentioned Sangronis.

“We’ve been able to strengthen our presence in retail as well as food service in the country,” he added. In Europe, the company keeps consolidating partnerships with its customers. “We’ve been very flexible in trying to meet our customers’ needs to support the supply chain, resulting in an increase in demand from Europe.” However, this year, exports will be impacted by the current situation in Russia and the Ukraine. The United States is another significant market for lemons from Argentina. In May 2017, the country was granted access to the United States for the first time in almost two decades. “Since then, we have been able to consistently grow the retail, foodservice, and wholesale markets.”

This year, Citromax hopes to further increase its exports to North America by expanding its product portfolio with organic fresh lemons. “We are the largest organic lemon grower in the world and feel that our experience and branding in the organic segment makes us a perfect choice for US customers,” commented Sangronis. In the Middle East, Citromax was present for the last three editions of Dubai Gulfood, despite the Covid challenges. “The disruption of the pandemic created an opportunity for us by connecting with potential customers in this region. We are strongly convinced that the Middle East region offers great potential for long-term partnerships.”

Despite aggressive export growth plans, there is a big cloud hanging over logistics in the supply chain. “They continue to be a big concern for this year,” Sangronis said. The disrupted supply chain has been a great challenge for the industry. Longer transit times are impacting the quality of fruit upon arrival and ocean freight prices have increased progressively. “It is a major concern for the industry.”

Even within the United States, domestic transportation costs are playing a significant role. It has become very expensive to truck produce from one coast to another. “As a result, at the end of their domestic harvest season, for quality and cost purposes, customers may switch to overseas freight to the US East Coast instead of trucking from the West Coast to the East Coast.” 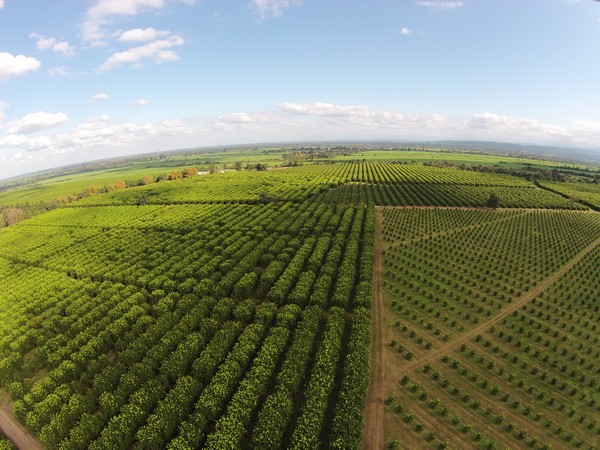 Health benefits
Ever since the start of the pandemic, lemon demand has been on a continuous growth path. The health benefits stand out and people increasingly realize what the advantages are of drinking fresh lemonades or using lemons for other food applications. “Fresh lemons from Argentina not only are unique in juice content and flavor, but also comply with high standards of food safety. As a result, we’ve seen demand continue to grow from all over the world.”

Blueberries
Although best known for lemons, Citromax is also a grower and exporter of blueberries under the name Berrymax. “We grow 310 acres of organic blueberries only that are shipped to the United States, Europe, and China,” shared Sangronis. Because of its geographical location, counter-seasonal production allows the country to supply product at a time when northern hemisphere production is low. The country’s commercial window is generally between August and October. In recent years, the blueberry market has experienced a boom in demand worldwide. Demand for blueberries was further strengthened during the pandemic as the fruit has become an exceptionally healthy at-home snack for families.

However, the boom in demand also brings a challenge. Blueberry bushes are very adaptable and as a result, grow well in a range of production climates and regions. “Almost every food-growing country has the capability to grow blueberries,” commented Sangronis. “Although this is a great advantage for consumers, it presents big challenges for growers as acreage has grown exponentially in recent years. Blueberries went from being an exclusive, expensive fruit to a popular commodity.”

As a result, prices have come down and growers are pushed to be more competitive, grow varieties that are more productive, reduce costs, and invest in technologies as well adequate infrastructure for shipping conditions. “Growing blueberries has become more challenging in recent years and the industry will need to figure out how to continue to continue to satisfy the consumer with that magical taste feeling in a profitable way.”