"The problem is that we no longer work on a schedule."

An Apulian farmer on the asparagus campaign

The asparagus season got off to a late start in the province of Foggia, in Apulia. "The peak in production occurred just after Easter, around 25 April. After that, prices and demand dropped. Now, in the wake of a heavy downpour, the turions have slowed their growth. I would say this was fortunate, as stocks in the warehouse have finally been reduced and, over the past weekend, demand for the product has increased," said Giovanni Pasquariello of the farm of the same name in Carapelle (FG). 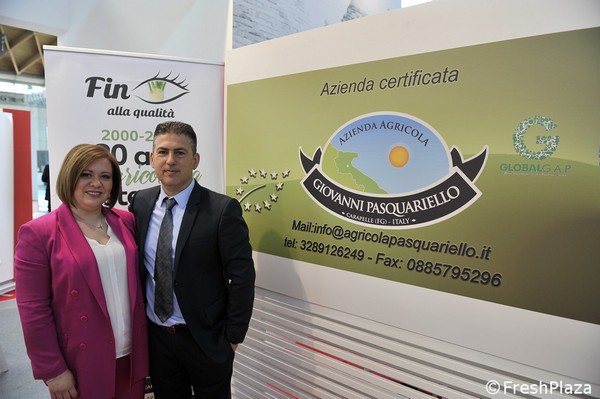 Despite the increase in production, packaging and logistics costs, commodity selling prices are lower than last year. " Despite about 20 percent higher living costs, we sell our asparagus at 20 percent less than in the previous campaign. And this is in spite of a yield that is about 20 percent lower. One example is the fact that a bunch of asparagus of the medium caliber, the most sold, last year reached up to 1.40 euros. Now, if it reaches 1.15 euros, that's already a lot." 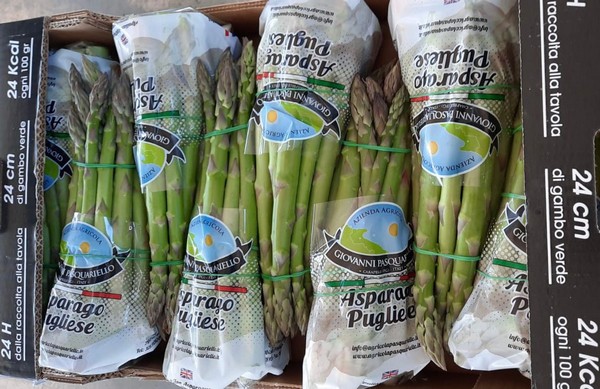 According to the producer and business owner, this situation is occurring both domestically and abroad. "The real problem is that there is a lack of planning. People work by the day. We don't know if and when we are going to sell. It may be two platforms as of today, but nothing as of tomorrow. This uncertainty is unsettling all day-to-day activities, and the moment an order arrives, we do everything to fulfill it, as we don't know what is in store for us the following day."

Barring other weather implications, the Pasquariello company's asparagus campaign is expected to continue until mid-June. 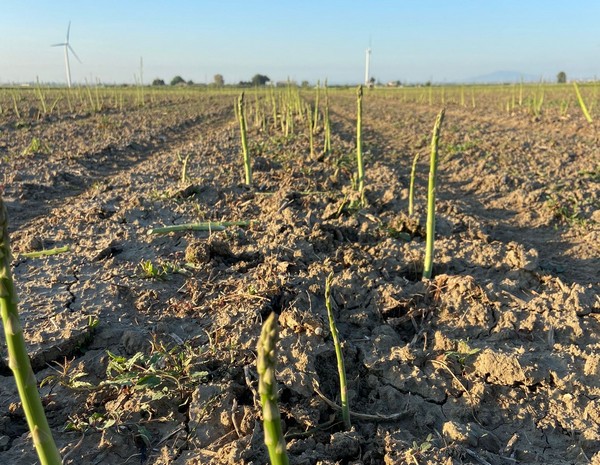 A field being harvested (Photo provided by Giovanni Pasquariello)

Labor shortage and limited amount of work
"Labor shortages are now a fact. How do we overcome the problem? One solution can be to limit the processing of 250-gram packages or trays, for example. And one would rather lose the product in the field by tilling and making it more flourishing and pest-free. This is a meager consolation, if one has to look at something positive," continued Pasquariello, who is in the process of transitioning to organic production.

"We are rotating the field, leaving about 10-15% of the asparagus in the fields. On about 40 hectares, each day is like losing two hectares. This actually allows us also not to further place pressure on commerce. Indeed, the market has a definite principle, whereby the greater the supply, the lower the prices." 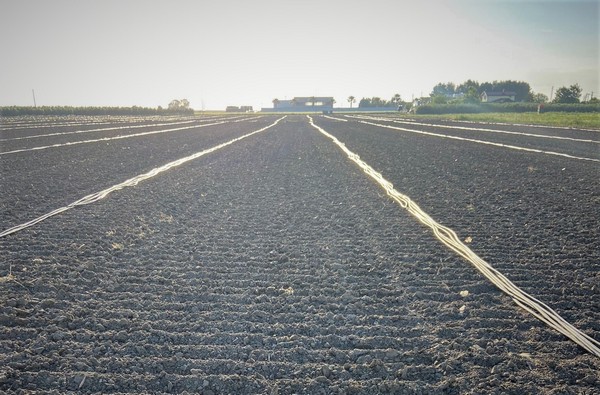 Spain and Italy facing the the same challenges
Speaking of competition on the markets, Pasquariello cannot help but smirk. "We cannot even consider Spain a competitor anymore; Spanish operators are in the same situation as us. All of them, too, started the campaign late and had higher expectations on the price front. If in past years Spain could play down prices, this year they were forced to sell off their product, just like us."

According to the Italian producer and trader, Spanish asparagus marked a 20-30 percent drop in production and prices.