Imports from Spain and Greece decreasing

The prices of strawberries on markets in Hungary are fluctuating rapidly by the hour as imports from Spain and Greece are decreasing and more local supply comes onto the market. Despite fewer local strawberries being available due to frost and other damage earlier this year, prices are not increasing in line with this shortage yet. The increasingly warmer spring weather is also causing the Hungarian tunnel-grown strawberries to ripen sooner, also bringing the outdoor picking season earlier, with a bigger overlap between the two expected. 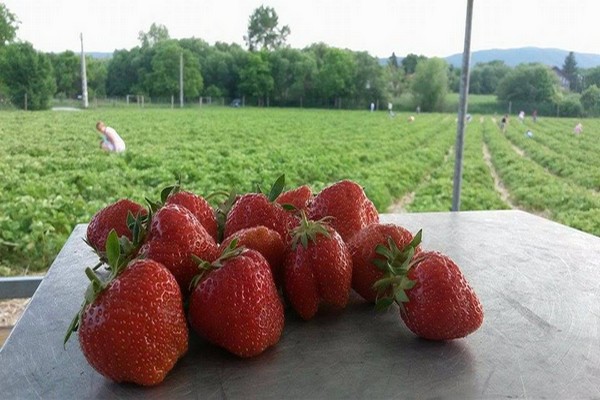 As the season progresses, the volume of imports is steadily decreasing, and prices are slowly coming into line with the Hungarian products (stocks are typically around 1200 Ft/kg - €3,30). It will soon be too hot in Spain and Greece, so the Hungarian market will no longer receive large quantities of imported goods. The Polish strawberries are expected to arrive in early to mid-June. Until then, the Hungarian product will dominate the markets.

The Hungarian Fruit and Vegetable Interprofessional Organization, FruitVeB's Márton Kocsis, heard from Dorina Tóth-Babits, who specializes in strawberry propagation in Hungary on the trends and price developments in the Hungarian strawberry market.

During early May, spring was still cool, but in the second week of May, it seems that the peak temperatures of the past week above 25°C have brought the start of the outdoor strawberry picking season closer than expected before. "This means that we can expect to see significant quantities of field-grown crops in the markets as early as around 20-22 May. Tunnel growers are already towards the end of early varieties, with the most popular Clery in its waning phase, while Joly and Asia are in the middle of their seasons. Therefore, the last phase of the harvest of the tunnel stock is expected to coincide somewhat with the release of the outdoor product, with a common period of 7-10 days expected. In a week or so, the open field strawberries will be harvested first in the Szeged area, followed by the Lajosmizse area, then Nyírség and Somogy," says Tóth-Babits.

Prices fluctuate from hour to hour
In wholesale markets, growers can face rapidly changing prices, with the producer price of domestic strawberries always depending on the availability of the product on the market. At one extreme, prices can be around 1600 Ft/kg - €4,17 (8000 Ft/5 kg packs - €20,85) for 'large' strawberries (over about 2.5 cm) and around 1200 Ft/kg (€ 3,13) for 'small' strawberries, but depending on the abundance of the product on the market, producers may find themselves for a short period of time with prices below 1000 Ft/kg (€ 2,61). As there is no wholesale market on Saturday evenings, this may particularly affect the Sunday and Monday commodity, when two days' picking appears on the market. This volatility can only be avoided by producers who have signed long-term contracts with the large retail chains (usually separately for the covered and field crops). 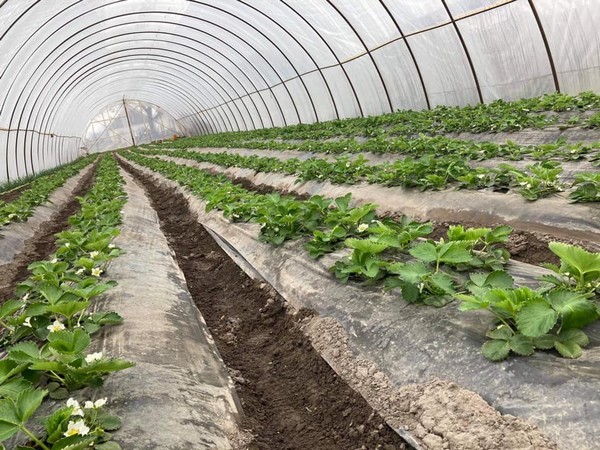 Fewer strawberries on the market, but prices of last year remain
"There are noticeably fewer strawberries on the market than last year due to unfavorable conditions at flowering and the damage to many foils caused by the windstorms in February. In the Lajosmizse area, growers also reported hail damage caused by localized thunderstorms, but there were no weather events that affected the whole production area. Although there are fewer strawberries, prices have not changed significantly compared to last year, despite the significant increase in input prices this year. With lower prices for the smaller commodity base sold at unchanged prices and higher production costs, the outlook for growers is certainly gloomier than last year," notes Tóth-Babits.