China’s two largest cities, Shanghai and Beijing, have been impacted by lockdowns on and off for a while and the impact on the produce industry is being felt. “Shanghai handles more than one-third of the fruit that’s arriving in the Chinese market,” says Ricky Chong with World Fresh Exports. The lockdown causes arrival delays, but probably worse is the fact that nobody wants to go to Shanghai to pick up loads. “Truckers don’t want to make the drive as they will need to self-quarantine for 14 days after coming back. This means they can only truck about two loads per month, which is not sustainable.” As a result, Chong has seen trucking rates for Shanghai increase by about 500 percent. 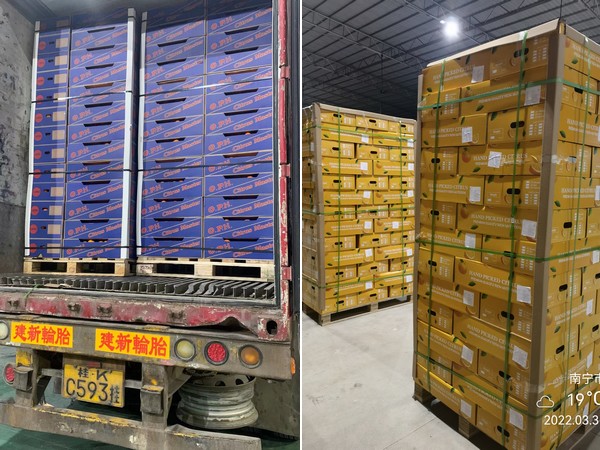 Alternative ports
World Fresh Exports ships fruit from all over the world to the Asian continent, but the company also has its own local production in China. Due to the delays that are being caused by the Port of Shanghai being in lockdown, World Fresh Exports is now moving its domestically grown fruit through the port of Shenzhen. “It has been fantastic as it is an ideal port to supply countries like Vietnam and Malaysia,” Chong said. From Shenzhen, it takes three days for produce to make it to Vietnam and it arrives in Malaysia in about 9-10 days. “We are utilizing a small Chinese logistics company who has its own cargo space.”

Developing new export markets
The best way to get produce to Asia from other parts of the globe is through Hong Kong. “From North America, we currently ship to Hong Kong and from there we use short destination vessels, also called feeder vessels.” Just last week, the Guangzhou Port opened up. This port also allows fruit from North America to get cleared. As a result of the lockdowns, a huge import market has fallen away. China consumes 80 percent of Chilean cherries and 60 percent of Australian citrus and table grapes. If a grower/shipper solely relies on the Chinese market, the impact is enormous. However, in response to the lockdowns, many countries are diverting fruit to other markets, away from China. “We are seeing other Asia markets being flooded with fruit, but some countries also start focusing on different continents,” said Chong. “Australia is increasingly sending fruit to Southeast Asia. It is a necessity to develop markets in other Asian countries.”

When asked if the Chinese consumer still has access to produce, Chong mentioned the Chinese population is eating more local food. “Taking cherries as an example, California is a very small market for China. Most of the cherries consumed in China are grown domestically and are in season right now.” Due to the many lockdowns in different districts in the country, a lot of fruit makes its way to the consumer through e-commerce. 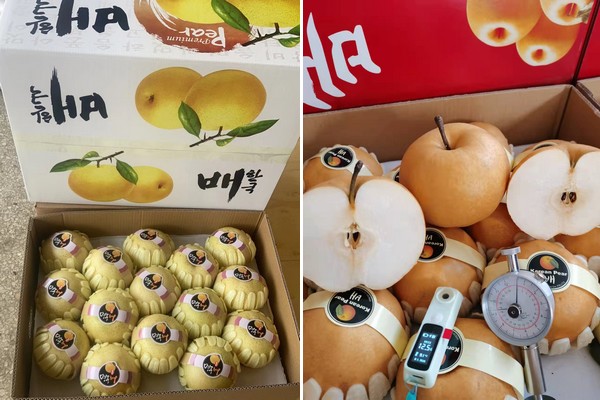 Asia Fruit Logistica
It is still a couple months away, but World Fresh Exports is looking forward to exhibiting at Asia Fruit Logistica in Bangkok, November 2-4. “It is a perfect time for us to show our Chinese fruit as we are 12 weeks away from Chinese New Year by then,” Chong commented. “Our guys that are on the ground in China are experts in citrus, grapes, cherries, and many other fruit varieties. In addition, World Fresh Exports will be showing Canadian apples and California grapes.”