Recently, the temperature has been rising, and the local greenhouse cherries in Yantai, Shandong Province are coming to an end. The price of this product rises. At the same time, the small Liangdi  cherries are freshly listed, and the large cherries will also be listed in another week. Cherries will be the focus at the Yantai fruit market in the next month. 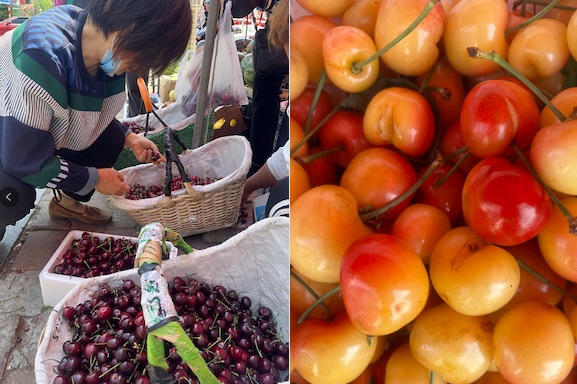 In Yantai, large cherries produced in greenhouses are indispensable for every fruit stall. The red ones are Meizao, and the yellow ones are Jiahong. The price is between 70  and 90 yuan/kg, and the extra-large fruit is more than 120 yuan/kg. 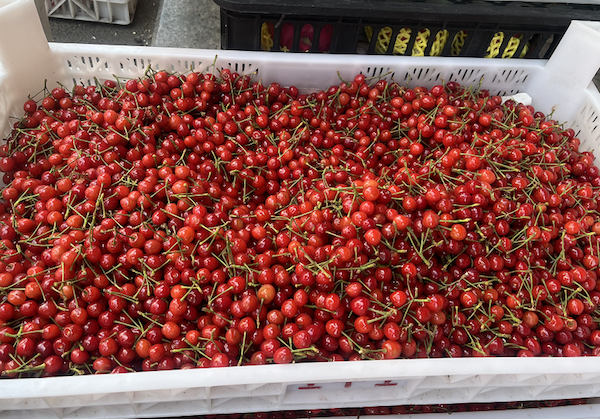 The Liangdi small cherries have just been listed, mainly produced in Haiyang, Yantai, with a price of 30 yuan/kg, and the listing time will last for about half a month. In another week, the Liangdi early large cherry, Red Light, will also be launched, and it will last for more than a month on the market.