At CHF 7.38 billion (+5.7%), the fenaco cooperative achieved the highest net sales since its foundation in 2021. The operating result (EBIT) also rose to a record level of CHF 169.0 million (+1.6%). The retail business in particular exceeded expectations. The other business areas also developed positively, it said at today's media conference. The year 2022 continues to be challenging. The Ukraine war is leading to huge price increases in international energy and commodity trading and exacerbating the supply chain disruptions already experienced during the Corona pandemic. "The supply situation for agricultural commodities in Switzerland is good overall, despite the tense situation."

Strengthening the Swiss agricultural and food industry
The domestic population wants production agriculture in Switzerland. At the same time, they expect producers to lead the way in terms of sustainability. "As the largest agricultural cooperative in Switzerland, fenaco has a central role to play in this regard," says Pierre André Geiser, President of Fenaco's Board of Directors. "Our strategy is therefore geared toward strengthening the innovative capacity of the Swiss agricultural and food sector. We want to promote its sustainable development and also give it a head start with international competencies. These long-term thrusts are paying off. This is demonstrated by the impressive development that fenaco has undergone over the past ten years." 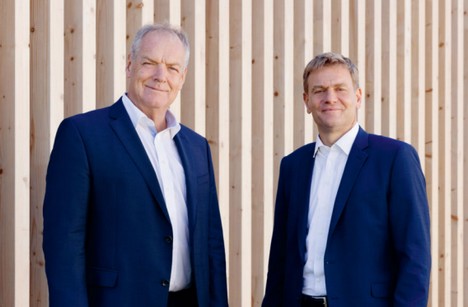 Pierre-André Geiser, Chairman of the Board of Directors, and Martin Keller, Chief Executive Officer of fenaco Cooperative.

Weak crop year 2021: 'Eastern Switzerland dessert fruit was in short supply'
The crop year of 2021 will go down as one of the weakest in the history of Swiss agriculture due to the weather, says Martin Keller, Chairman of the Executive Board. "It hit apricots, plums and cherries. Yields were also below average for fresh and stored vegetables and potatoes. The picture is similar for pome fruit: harvests were good in the Lake Geneva area and Valais, but eastern Switzerland's dessert and cider fruit was in short supply."

Influenced by the extraordinary turbulence on the international procurement markets, production costs had risen considerably. Keller: "All in all, farm incomes farms declined again for the first time after several years of continuous upward trend. Overall, we are seeing a 10% price increase for plant-based foodstuffs, which we believe is also comprehensible and verifiable. On the other hand, we also have to differentiate quite clearly, because supply and demand for individual crops always have to be taken into account and can vary greatly in some cases." 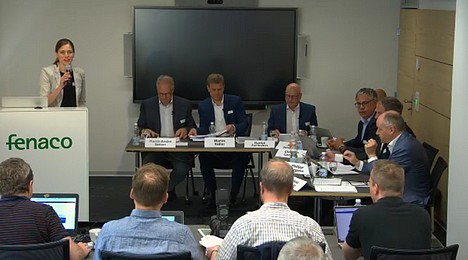 Thoughtful capacity expansion at existing locations is also part of this growth strategy. Three important construction projects are currently being completed at the headquarters of the Volg subsidiary: the expansion of the high-bay warehouse, the extension of the photovoltaic system on the roof, and the partial renovation of the administration building.

In the retail trade business area, the importance of e-commerce for LANDI stores is constantly increasing. With the implementation of the 'Business Model 2022', the offering was massively expanded. Customers can now order the entire product range of LANDI stores online. The goods are prepared, packaged and in some cases delivered personally by LANDI employees in one hundred decentralized LANDI stores. This means that the added value from online retailing flows to the local LANDI. Proximity to customers and regional roots are maintained. 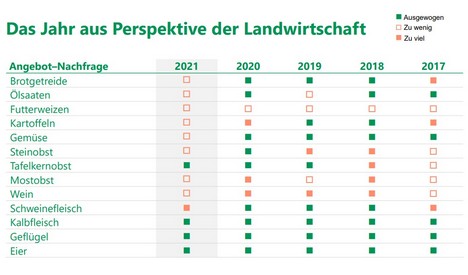 The supply situation in the past fiscal year compared to previous years / Graphic: Fenaco

Convenience: Strong retail revenues, gastronomy weak in contrast
In the convenience business area, frigemo specializes in the production and marketing of high-quality potato, vegetable, fruit and pasta products. While the strong previous year was again significantly exceeded in the retail sector, the Corona pandemic again had a negative impact on the food service sector. Thanks to an acquisition offensive, frigemo was able to win new distribution partners and expand its leading position in distribution.

For the trading companies, the second year of the pandemic brought only a slight recovery due to the renewed restaurant closures. Nevertheless, the outlook for the future is positive. A major new customer was acquired and the relationship with the existing customer base was strengthened. In the case of potatoes for fries, the closure of catering outlets in the spring led to surplus volumes. Thanks to a solidarity-based industry solution, these were cushioned. Frost, hail and wet weather caused below-average harvests in all product categories during the rest of the year. The only exception was pome fruit in La Côte and Valais.

Landesprodukte strengthened its presence in Valais by integrating the fruit business of Société d'agriculture de Fully. Likewise, Landesprodukte pushed ahead with its automation and digitalization strategy. Positive headlines were made by the food industry. The Food Industry business unit saw a slight recovery despite the ongoing Corona pandemic. Net sales increased by 2.8% to CHF 1.42 billion.

Vertical Farming in Switzerland
At the end of the year, Yasai's vertical farming pilot plant in Niederhasli was also put into operation. With its finger on the pulse, Fenaco aims to meet the increasing demands of today's consumers and retailers, such as seamless freshness and regionality, high yields and low water and pesticide consumption with this project.