A new terminal will be built in the port of Damietta, Egypt. For this purpose, a Joint Venture was founded to develop and operate the new “Terminal 2” in the port. The Joint Venture “Damietta Alliance Container Terminal S.A.E.” consists of three core shareholders which are Hapag-Lloyd Damietta GmbH (39%), Eurogate Damietta GmbH (29.5%) and Contship Damietta Srl (29.5%). Two other partners, Middle East Logistics & Consultants Group and Ship & C.R.E.W. Egypt S.A.E., will each hold 1%. 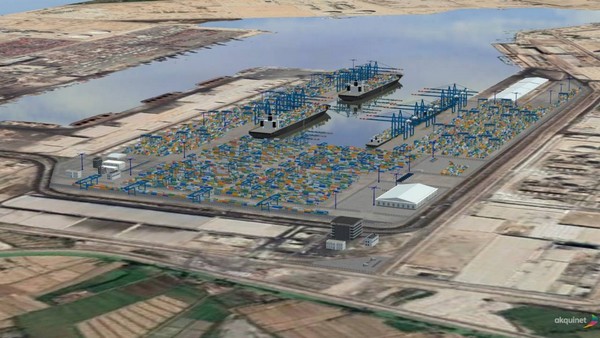 The new Terminal 2 at the port of Damietta is expected to start operations by 2024. It will have a final total operational capacity of 3.3 mln TEU and serve as Hapag-Lloyd´s dedicated strategic transshipment hub in the East Mediterranean.

“With the new terminal Hapag-Lloyd will significantly improve its transshipment operation in the East Mediterranean market as well as access to the local Egyptian trade”, said Rolf Habben Jansen, CEO of Hapag-Lloyd.

Thomas H. Eckelmann, Chairman of the EUROGATE Group Management Board, stated: “With the Terminal 2 being operational in 2024, Hapag-Lloyd and its partners will be able to use a state-of-the-art terminal with sufficient capacity, high productivity and a dense feeder network.”

Cecilia Eckelmann-Battistello, Chairman of the Board of Contship Italia, added: “We feel privileged and are extremely grateful for the support of the Egyptian government. The concession to operate the facility is granted to the Joint Venture for 30 years. This gives us and our respective customers a long-term perspective in the port of Damietta.”

The Egyptian Minister of Transport, Lieutenant-General Eng. Kamel Al-Wazir, commented: "This is a very encouraging, well planned partnership of international and Egyptian private sector in order to position Egypt as a global hub for logistics and trade. In this first phase we will establish the port of Damietta as an integrated logistics hub for containers, which will then be followed by the establishment of logistic corridors reaching to different manufacturing areas in Egypt by railway network."

The final signing of the concession agreement has taken place today in Cairo, Egypt.