Zero-waste, circular economy and carbon offsetting are the buzz phrases that resound across the sustainability spectrum, particularly within the global agriculture industry. While many still contemplate their future actions, Parkactive is stepping forward with a new eco-industrial park concept in Colombia that achieves these fundamentals. CEO Cyril Kluxen spoke to Andy Probert on efforts to build this all-encompassing world first.

In the corner of western Colombia, exciting development plans are moving apace that will change the face of the region and be a template to revolutionise business parks of the future.

Parkactive is grasping the debate about sustainability and plans to take it to a new level by envisaging the world’s first eco-industrial park that embraces a zero-waste infrastructure based on a circular economy model.

The park will encompass 50 hectares for clients, predominantly within the agribusiness, and features a 150-hectare energy park, generating power (50MW) and treating and recycling organic and plastic wastes. The park also includes cultivating, harvesting, processing and selling fruits. It is expected that construction will begin in the last quarter of 2022. 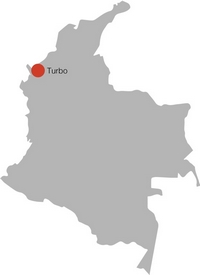 This one-of-a-kind $400 million project, called Parkactive Colombia, will be located, near the port city of Turbo. It is a strategically important area in Antioquia, on the coast of Gulf of Urabá, due to its proximity to the country’s main cities, such as Medellín, which lies 340km away. Antioquia also encompasses the Coffee Axis, an important but mountainous coffee region.

Significantly, the industrial park will be located close to Puerto Antioquia, a deep seaport presently under construction in Antioquia. Once open, it will increase Colombia’s maritime connectivity to the Atlantic Ocean and the Caribbean Sea and offer Pacific destinations as it is the nearest port to the Panamá Canal.

This multi-purpose port could eventually handle an annual capacity of 600,000 TEUs in dry and refrigerated containers, such as cereals and bananas; three million tonnes of bulk cargo and 1.15 million tonnes of general cargo.

Benefiting from major highway construction projects, the port is set to unlock greater road connectivity, lower transportation costs for exporters and importers into Colombia, and put it within touching distance of 70-75% of Colombia’s GDP.

“Such proximity to the port underpins the very importance of Parkactive’s industrial park concept and the potential to derive many benefits we envisage,” disclosed Elefund Capital’s CEO, Cyril Kluxen.

Parkactive is being spearheaded by Elefund Capital, a Geneva-based investment company. Elefund’s principal focus has been sourcing and providing infrastructure capital to assist in supporting and building project developments in emerging markets. This project will be its first foray into South America.

Mr Kluxen said Parkactive Colombia would be developed in a dynamic area, where banana growers export 30 million boxes per year and several companies are operating. 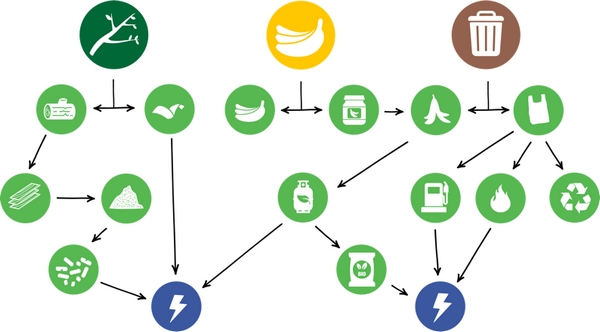 “The proximity to the port also allows very short transport routes, so protecting the environment.”

He emphasised: “We created Parkactive four years ago, and the founders thought that the crucial part of the infrastructure missing in emerging countries was the industrial park as they were not suited to proper economic development.

“We didn’t think European or US companies could put some transforming manufacturing lines into industrial parks that we had at our disposal in emerging countries. So, we thought it was a good opportunity to rethink the model of a business park, how we should build it for the next century, and not what was commonly available or experienced in Europe.

“Waste is going to be a problem, power generation is crucial to an industrial park, and nowadays it’s crucial that it comes from alternative sources. So we laid new parameters as to what we wanted in these new business parks.”

Meeting zero-waste principles
After four years of intensive research, the result is Parkactive’s concept in Colombia. Mr Kluxen explained the park would generate power from renewable sources while recycling organic and plastic waste as part of the zero-waste principles.

He added: “For the project, we have the support of some key players. As the project is worth $400 million, we already have significant equity investors on board. We don’t seek to revolutionise the industrial park, but there is no other project in the world that has put so much money into focusing on net-zero for agribusiness.

“It will be a landmark and an extremely interesting project. We believe it could become a global trend for future business park development in terms of infrastructure and promotion of the circular business model.”

As part of the project, four critical units will all play important roles at Parkactive. There will be a bio-energy power plant of 50MW peak using renewable wood biomass and waste-to-energy feedstock. 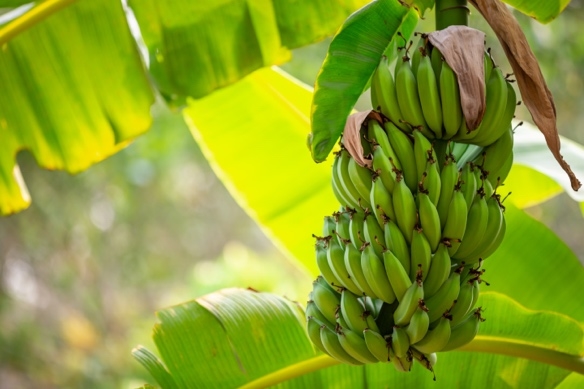 A biogas and plastic treatment plant will also be located to turn 55,000 tonnes of plastic each year into 30’000 tonnes of recycled plastic and 7 million litres of synthetic diesel, and 90,000 tonnes of organic waste into the equivalent 3 MW of biogas.

“We are actively creating value with our forestry and agribusiness operations by providing the necessary infrastructure for tenant companies to reach a zero-waste production process,” he added. “The capacity offered by Parkactive to treat organic and plastic wastes is conceived as an amenity for clients.”

The use of state-of-the-art and proven technologies will then be available to tenant companies, and all processes will be CO2 negative and align with UN Sustainability Development Goals.

“The concept of Parkactive aims to put the circular economy front and centre, in reality, and in motion,” he concluded. “Colombia is just the start.”