This weekend's weather was perfect for Dutch potato wholesaler, Landjuweel's 100th-anniversary celebration. Although a little off the beaten track, many people from the potato world were present on Friday to join in the festivities. On Saturday, a day of celebration for staff, family, and neighbors followed.

Director Bram Werkman, who represents the business' third generation, reflected on the company's past. His grandfather, Wolter Werkman, started as a fruit and vegetable trader on May 5, 1922. Back then, he still sold most of his produce on the wholesale market in Groningen. The business flourished, and in 1930 Wolter and his wife bought their first truck: a beautiful Ford. 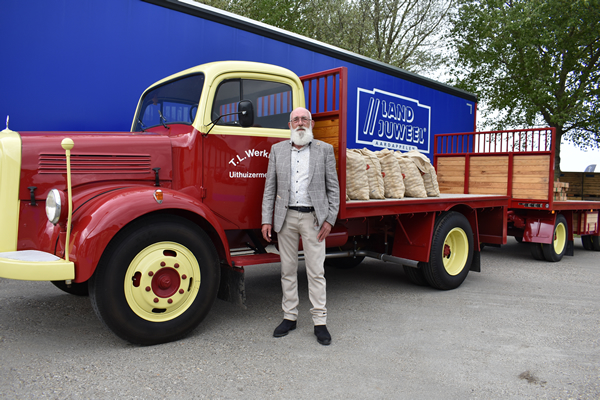 In 1952, Wolter stepped away, and his son, Tiemen, 'a true potato man', took over. Tiemen's nose for innovation and entrepreneurship led to a progressive purchase: a packaging machine for small two-to-five kg packages. Those proved hugely successful at grocery stores and greengrocers.

Werkman was the first wholesaler in Groningen to have small packs. With the rise of retail and the Landjuweel brand, growth continued. From the 1990s, Landjuweel focused entirely on the retail and foodservice sectors with a range of over 200 items. Bram has been with the company for almost 50 years. 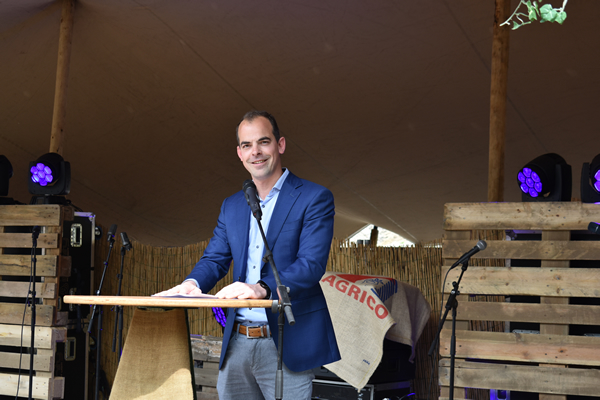 Commercial manager Michiel Meijering points out the core values of quality and innovation that run like a thread through the company's 100-year history. "And those core values will remain as important as ever. However, taking care of our planet has increasingly become a hot topic in recent years." Meijering called on the chain partners, from growers to buyers, to start talking about becoming a climate-neutral chain.

A new logo was unveiled to mark this centenary anniversary. Visitors were then given a tour through the sorting and packaging site, and a social cocktail party rounded the evening off. Bram led a toast with his favorite drink, 'the Berenburg', after which he expressed his wish to sell these 'jewels' for another 100 years. 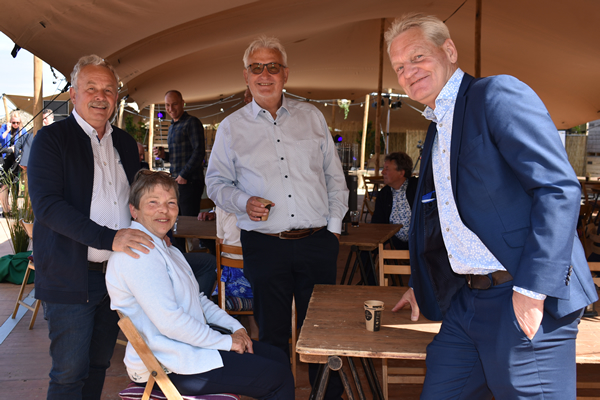 Jack and Pia Nijboer with Peter Kok and Jelle Bos.