With the arrival of the first batches, this year's stone fruit season has begun in Spain. However, industry players now look with concern at the weather-related problems in the countries of origin, as Roberto Tur, says specialized importer and managing director of Fresh Fruit Alliance, based in Friedrichshafen. In the worst case, he said, we must expect significant supply shortages this year.

The precipitation in recent weeks has slightly delayed the start of the season. Tur: "In general, the rain pushes the quantity back, and consumption is also not yet as high now at the start of the season. In England, Italy and France, however, marketing is going very well." In the run-up to the Spanish stone fruit harvest, forecasts inevitably had to be revised, Tur continues. "One major cooperative we work with has forecast a total volume of about 13.5 million kg in the fall of 2021, and as much as 15 million kg at the turn of the year. Then, after rainfall put a huge dent in the bloom, the forecast was revised last month to 9 million kg."

Serious consequences of the freak weather
A challenging season lies ahead due to expected crop losses, Tur continues. "In certain areas, there will be losses of up to 50-60%. In addition, we also anticipate a relatively high percentage of second-rate product. As expected, by week 24/25 - in parallel with the grade change - there will already be a tight supply situation and possible shortages." According to Tur, Saturn peaches suffered the most, peaches as well as nectarines were only slightly affected, according to current data. "However, there is one region, called Lerida, that was very severely affected, and those quantities of nectarines and peaches will also be missing."

"I would hope that the food retailer will accommodate us, given the circumstances. In my view, the retail sector must also adapt to the consequences of climate change, for example, by means of meaningful actions at the right time," pleads Tur, also pointing to the cost increases at the origin. "Similar to Germany, Spanish producers are also struggling with the current additional costs. We observe that the food retailer is trying to support us in terms of pricing, although at the end of the day the product must be offered at affordable prices." 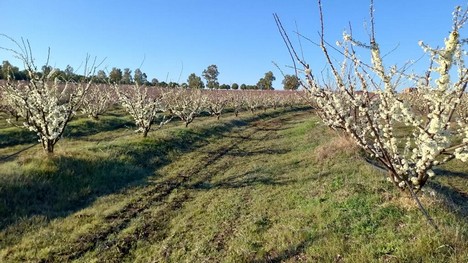 Development of the variety portfolio
Currently, the full range of Spanish stone fruits is already available, yet in limited quantities and in predominantly smaller calibers. The Spanish stone fruit industry has increasingly adapted to the changing needs and demands of the northwestern European consumer, Tur knows. "The volume of older apricot varieties has reduced in recent years, meanwhile the volume of new French varieties has greatly increased. The weather has also had an impact here, which is why you have to expect shortages. Saturn peaches, meanwhile, have been able to establish a firm shelf position. The area under Saturn peaches has expanded rapidly accordingly at the expense of peaches." 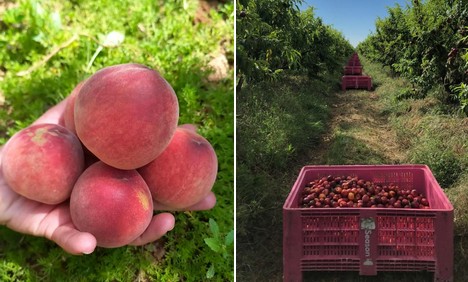 Spain vs. Italy
The Spanish stone fruit campaign can sometimes run through September. This year, he said, an early end to the season should be expected due to the losses. Also crucial, he said, is the production volume in the other stone fruit areas of southern Europe. "Italy has been spared major weather extremes, according to current data. France has focused heavily on premium produce over the years, so it won't get in our way. Greece still has its market share, especially later in the season," Tur concludes.