Kiwi supplies in North America are still transitioning out of mostly European fruit.

“There’s still Italian fruit available because there were a lot of logistics problems getting the product timely into the U.S. So it’s in clean up mode there,” says Roland Berndt of Sierra Produce based in Orange, California.

At the same time, there is some California kiwi volume available as well and New Zealand kiwis will also start later this month.

The fact that there’s still European fruit in the market has in turn slowed down the start up from the Southern Hemisphere, but Chile has been shipping fruit for about a month. “But it’s been more limited volumes to start and a lot of that is driven by importers saying--please, don’t send it right now because there’s clean up from the Northern hemisphere,” says Berndt.

Overall, Berndt notes that the Chilean crop size is similar to slightly greater volume than last year’s crop. “It seems like the sizing is a bit smaller compared to other years and when you have smaller sizes, you generally have less tonnage though that’s still to be determined,” says Berndt. 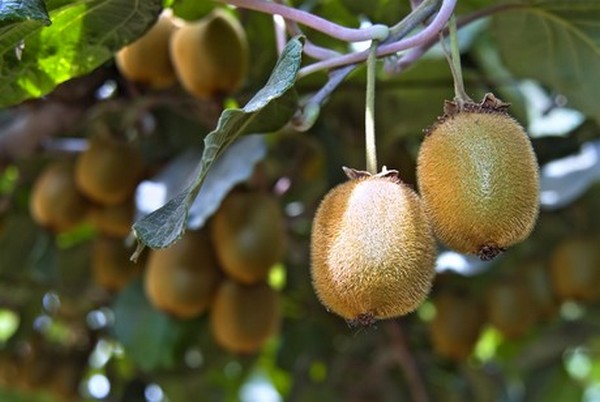 Stable demand for kiwis
As for demand, pricing has been stable. However, “Kiwis are not a huge promotion item. And for the European and the Chilean fruit, costs are higher due to inflation driving up costs. But if the market starts backing up and demand starts falling behind, it’s not going to matter what the costs are at some point,” says Berndt. “Pricing is similar to slightly higher but under different circumstances than last year at this time. We didn’t have this much leftover fruit from the Northern hemisphere when the Southern hemisphere fruit got going last season.”

That said, he does note that while logistics are better now than they were three to four months ago, it is still more difficult compared to other seasons. “That’s contributing to the back up of European fruit lingering in markets around the world. It’s caused Chile to have a slower start on exports because demand is curtailed because of that,” Berndt adds.

Looking ahead, the transition away from European fruit will continue and demand in the U.S. is anticipated to wane somewhat. “Kiwis move a bit better while school is in session and summer break is coming up pretty quick,” he says. “Demand slows down from mid to late May and through most of the summer. So we see regular business maintaining but we don’t see an uptake in demand.”