As the first containers of Argentina's 2022/23 citrus campaign have just been packed and sent on their way to world markets, the early statistics for week 18 shows an immediate shift of -54,7% away from Russia, with more early mandarins exported to South America and Europe compared to the same time last year. 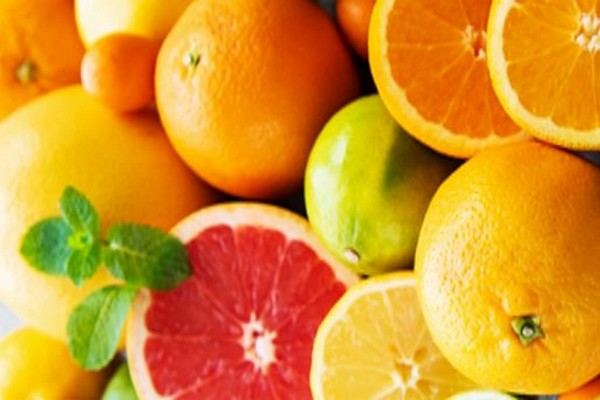 These first 2022/2023 citrus campaign export statistics up to week 18 were released by the Citrus Growers Association of the Argentine Northwest (Acnoa), based in Tucuman. 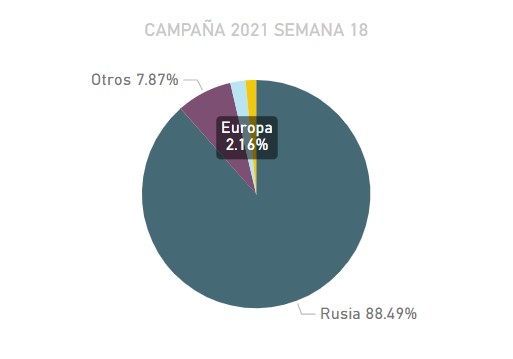 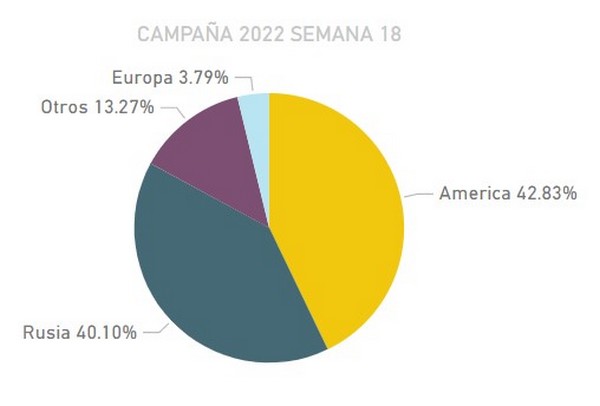 Mandarins to Russia decreased by more than half -54,7%, with a 75% increase of early tons shipped to Europe compared to the same time last year. Despite this increase to Europe, Argentina has still shipped much more mandarins to Russia, 728,9 tons compared to 68,8 tons sent to Europe at this early stage. A total of 1 817,603 tons of mandarins are being exported to all markets in week 18. 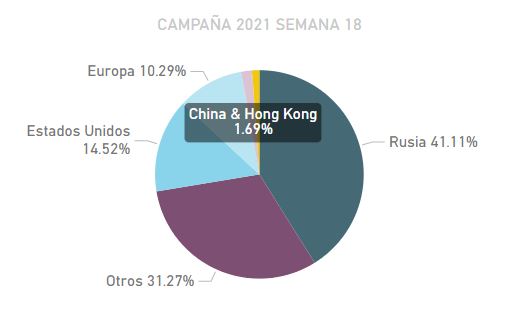 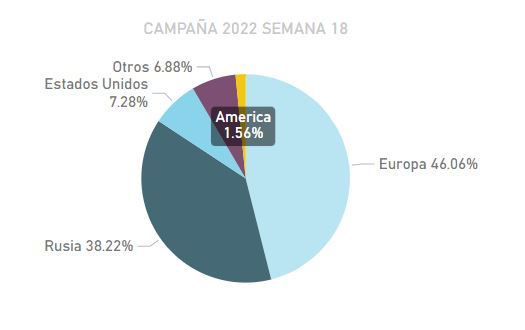 Lemons changed from last week (week 17) with exports to Russia now only -7% less compared to the same time last season. The exports to Europe in week 18 increased substantially more than last year with 347,6% more lemons sent to Europe thus far.

Paula Rovella, from Acnoa, clarified that both for mandarins, oranges and lemons if the comparison is made with the year 2021 at this same time, it will always be much lower since Europe as a market was closed until May 1. But, exports to Europe are similar to 2021 at this point according to her.

Oranges:
While Argentina sent a total of 13 116,9 tons of oranges to neighbouring countries and 79,8 tons to other markets, there is a delay as they have not exported anything to Europe yet, this is due to these markets only being open for Argentina from 1 May.

Grapefruit:
As is usual for Argentina the first early grapefruit were all sent to neighbouring countries. A total of 203,1 tons have been exported in this first week. Usually South America receives just over half the shipments, with Europe receiving about 25% of the grapefruit crop. Russia does not take that many grapefruits, they received below 5% last year.