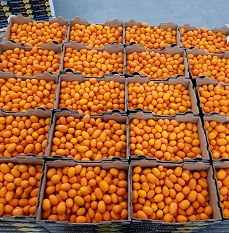 With the Spanish kumquat season almost over, the South Africa season is about to start, says Steve Beghin, director of Premier Fruit, and this year they’ll be flying out all of their exports.

“The current delays to the shipping schedules are a problem for everyone,” he notes.

“South African kumquats will avoid these issues by focusing on air freight, with regular weekly arrivals. We won’t be affected by sailing schedules.”

He adds: “The cost of exporting by air is more expensive than using sea freight but it is more important to be on time and ensure reliability of supply.”

Steve has been trading in this niche fruit for more than thirty years and Premier Fruit Exports handles the majority of South African kumquats going to Europe, a season that runs from May until November.

Kumquats compete with summer fruits during this period, but it is a stable category with dedicated consumers due to its significant health benefits. “Kumquats contain many vitamins, minerals and enzymes that are important for healthy living,” Steve notes and, unlike other citrus, the peel is also eaten. Kumquats can be eaten fresh, or made into preserves. 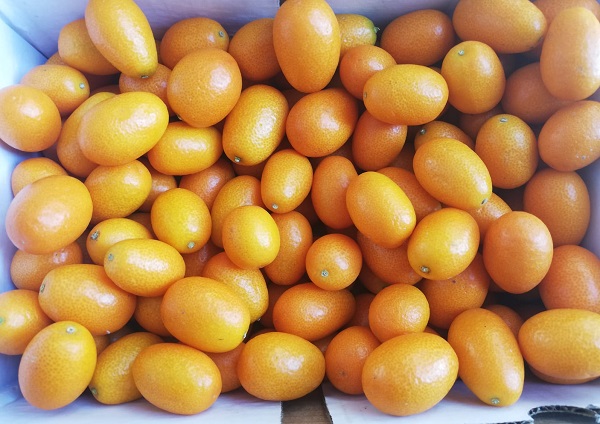 ”Kumquats play an important part of Asian cuisine in November and December. They can be eaten fresh or made into preserves, such as jams or marmalades, liqueurs and meat garnishes. Kumquats also have good levels of the B complex vitamins, which function as co-factors for metabolism of carbohydrates, protein and fats.” 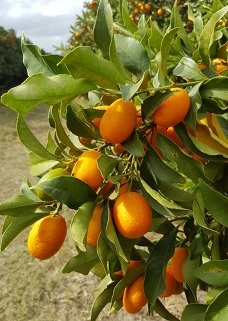 As an aside, he observes that the name “kumquat” is derived from the Mandarin Chinese name for this fruit, and symbolizes good luck in Asia.

The tree makes an ideal pot plant due to its size, dark green and dense canopy and colourful fruit.

The South African citrus industry has adopted a rigorous risk management system which has been highly effective in protecting European production from the threat of pest or disease, he says.

“Since the introduction of an EU Regulation in September 2019, the export of South Africa kumquats has followed a strict post-harvest protocol that allows the kumquats to be imported into Europe with confidence.”