"Garlic prices are dipping slightly," says Arie Havelaar of Sawari Fresh International, a Dutch garlic and ginger specialist. "That could be because of the somewhat lower freight rates. However, garlic's current biggest shortcoming is that Spain still has too much product." 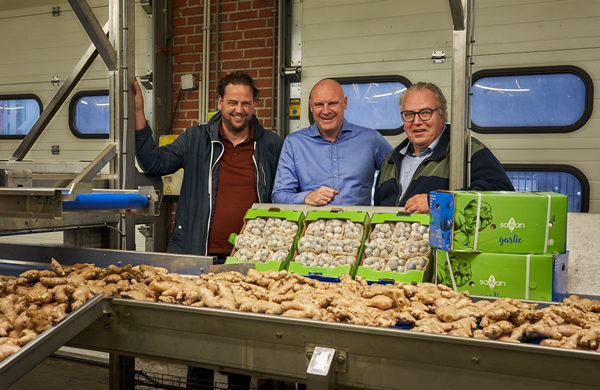 Mostly Spanish and Chinese garlic
"Spain is more expensive than China, but buyers are increasingly switching to Spanish garlic. Then there's also Egyptian supply, but those cloves are thinner, and there's a lot of fresh garlic early in the season. You also don't often see dried garlic in the Netherlands."

"I don't get any product from Egypt. Although, now that exports to Russia are more difficult, suppliers are trying to sell their wares here. The Argentinean volumes, too, are limited in the Netherlands. And Morocco has to buy in from Spain all season long. That's usually the B-quality," Arie explains.

First Chinese arrival in late June
He says the acreage in China is the same, but the cold has delayed harvesting by 14 days. "There's varying communication about this, though, and the lockdowns obviously mean we can't go and see for ourselves. Still, 'old' garlic is being loaded again, despite the COVID-19 situation. I expect the first new arrivals in late June/early July. No one really wants these earlier; there's still enough old garlic to sell." 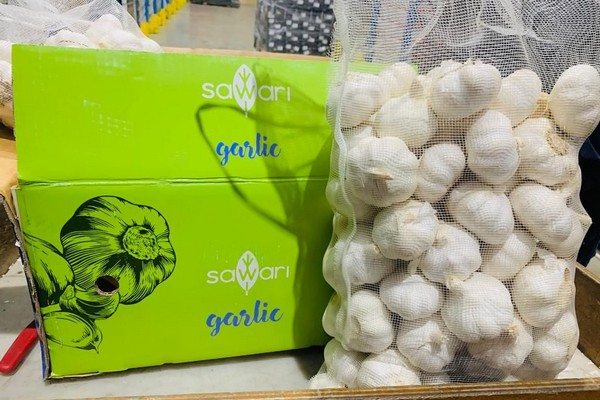 Ginger prices are back to normal after plummeting in December and January, says Arie. "A lot of this is always being shipped. Some 6,000 to 8,000 containers enter Europe annually, and 80 to 90% pass through the Netherlands. Ginger is really in. Ten years ago, we'd import one container every four weeks; now it's ten a week," says Arie.

Stable, high level
He thinks everyone will import ginger more cautiously, given the never-before-seen high freight prices from Peru and Brazil. "Those are rising faster than the freight rates from the Far East. So, I think the new Brazilian harvest will get off to a rather poor start. Peru and China are already loading. Last year, that ginger didn't have great internal quality," Arie admits, "which will somewhat dampen expectations. We're at a stable but high level."

Dutch greenhouse cultivation
Six years ago, Arie and Sander Kleinjan began experimenting with ginger cultivation in Portugal. Those results were so promising that almost immediately after starting Sawari, the partners invested in a project to grow ginger in local Dutch greenhouses. The first harvest (June to August 2021) confirmed their conviction.

They managed to cultivate a low fiber-content, pure flavored product. "We're now doing multiple trials with four different varieties. We're growing the ginger conventionally and organically. We primarily want to have a product with true added value, even in processed form." 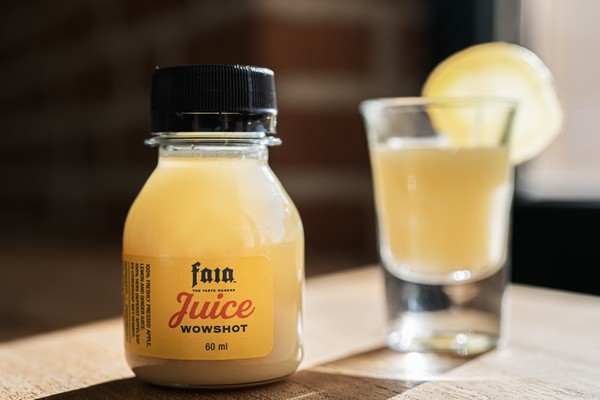 Sawari Fresh also markets ginger shots as part of a wider range of convenience products under the Faia label. They collaborate with Waterman Onions, Roussel Onions, and Biesheuvel Garlic. "We sell those in our www.sawarifoods.com webshop," Arie concludes.