"After the last two asparagus seasons, marked by COVID-19, we're busier than ever"

Every year, everyone at Dutch hospitality supplier, Rungis, looks forward to the local asparagus season. "The product isn't available locally for part of the year, so guests eagerly anticipate the asparagus season. They seem happy to be served green asparagus, year-round, but with white asparagus, it's still the culture to stay away from them until around St. John the Baptist's Day," says Niels van den Berg. 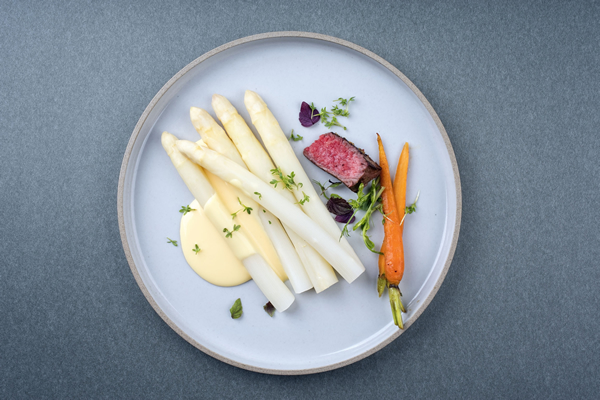 Rungis gets most of its white asparagus from an area in the Netherlands called the Brabantsche Wal. This region's asparagus has been granted a protected designation of origin. That is thanks to the pure groundwater from the Kalmthoutse Heide nature park.

That is combined with the salty sea air that, when there is a westerly wind, blows over the Brabant Wal from the Dutch coastal province of Zeeland. Rungis also sells organic Superior Queens asparagus from Teboza. And has purple asparagus, and Dutch white asparagus tips, which Niels says are among its true specialties. 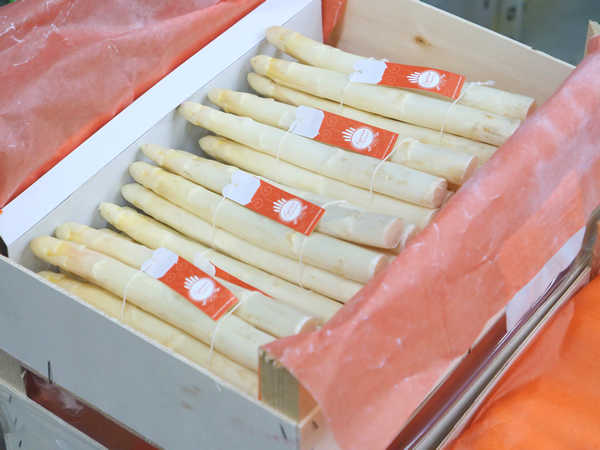 "Asparagus sales are going well this year. During the last two asparagus seasons, the COVID-19 regulations affected us greatly. Now, for the first time in three years, we can crack on again, and I must say, it's going even better than before. Price-wise, there's always a similar line during the asparagus season. They're higher at the start of the season, with a peak at Easter. Those prices have now normalized again," says Niels. 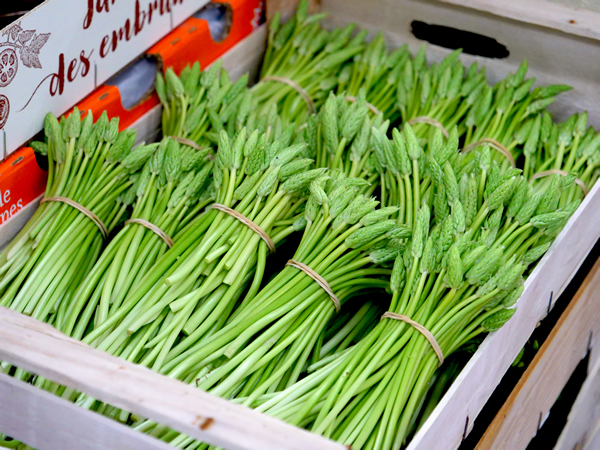 Asparagus ears
At this time of year, Rungis always have French asparagus ears on offer too. "These are, in fact, not asparagus at all, but more of a grain-like crop. But it's a super-nice product with which to work. It has an even shorter season than white asparagus. These dainty, thin stalks have a deliciously spicy, nutty flavor. You can prepare asparagus ears in the same way as green asparagus." 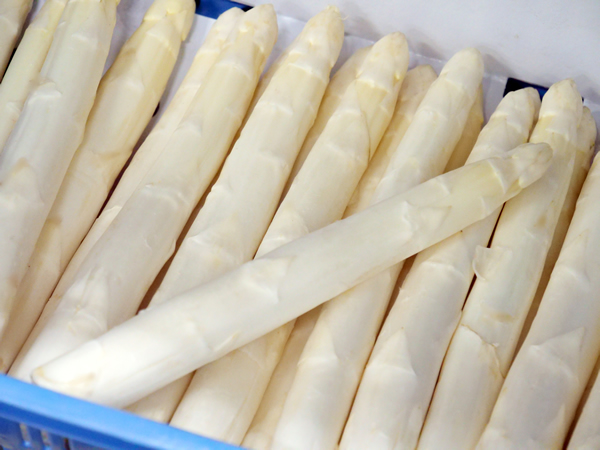 Niels says restaurants have very different ways of preparing asparagus. "This is where we purposefully work with customers. The preparation method is actually very decisive for which asparagus you choose. Many chefs initially choose the best-selling AA asparagus, which is also the most expensive. But if you serve asparagus pieces straight onto the plate, the thicker AAA asparagus, which is less in demand and thus better-priced, is a better choice. That's how our buyers and we really work together," he concludes.